Americans holding up copies of the U.S. Constitution were booed and escorted out of the GOP rally 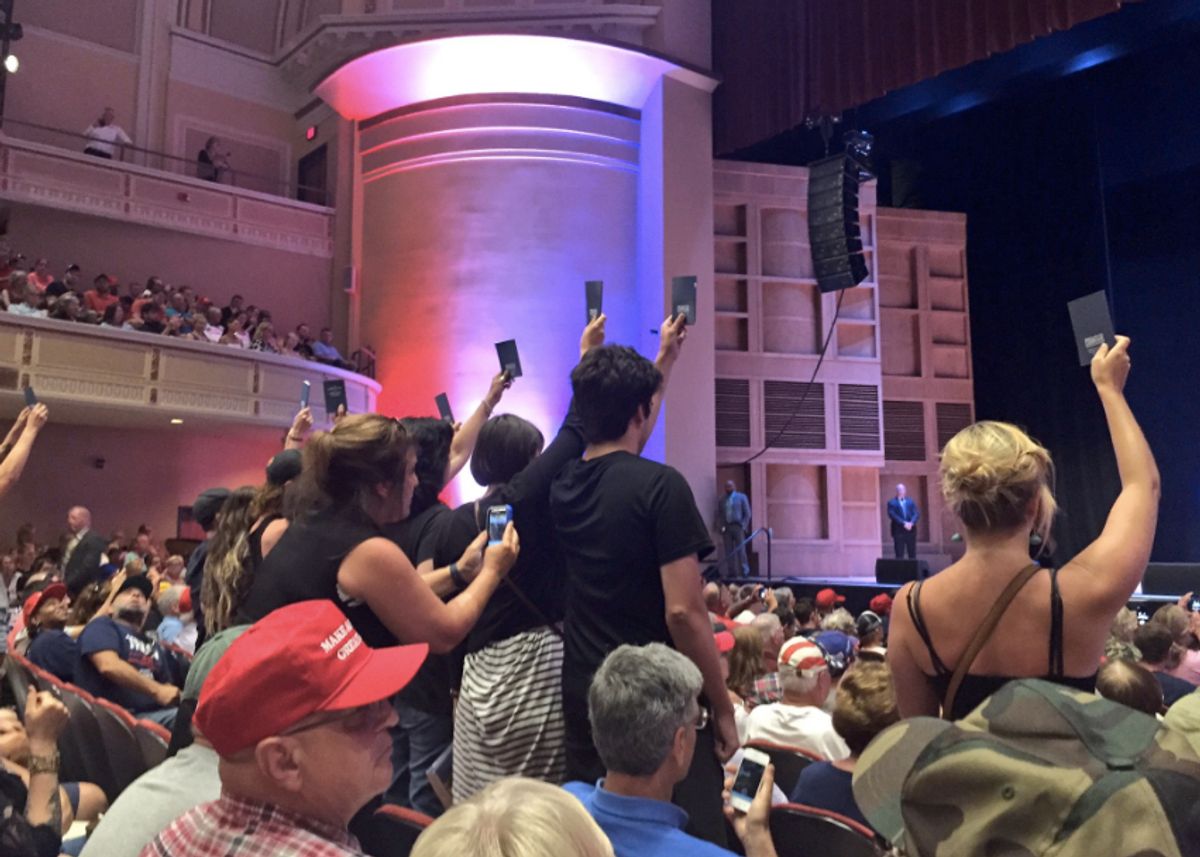 At a campaign rally in Maine on Thursday, embattled Republican presidential nominee Donald Trump was met with protesters, as has become typical for the controversial candidate, however, in a move perhaps previously unimaginable -- Trump dealt with the protesters by getting his Republican supporters to boo the U.S. Constitution.

Perhaps determined not to have his booting of a crying baby from a rally be the lowest point of his already terrible, no good, very bad week, Trump inadvertently (or not) brought attention to an issue he's been trying to put to rest for days now, his attacks on Gold Star parents who challenged him to read the U.S. Constitution and rethink his proposed ban on Muslims entering the country.

"Go ahead, do whatever you want," Trump told the protesters located directly in front of him, drawing his supporters attention to the group.

The protesters were then greeted by a loud chorus of boos as they silently stood with their pocket Constitutions in the air.

"USA! USA! USA!" the Trump supporters soon began chanting as the protesters were escorted out of the building.

"Right now, we all have a choice," Maria Testa, a poet and author with the group, said in the statement. "We can either stand up to defend what's best about America or we can tell our children that, in this critical moment, we did nothing to oppose the racism, bigotry and inhumanity of Donald Trump and his supporters."

"Today we held up the Constitution and the Bill of Rights because we believe in a nation built on our best intentions as Americans, not the worst impulses of the racist few."