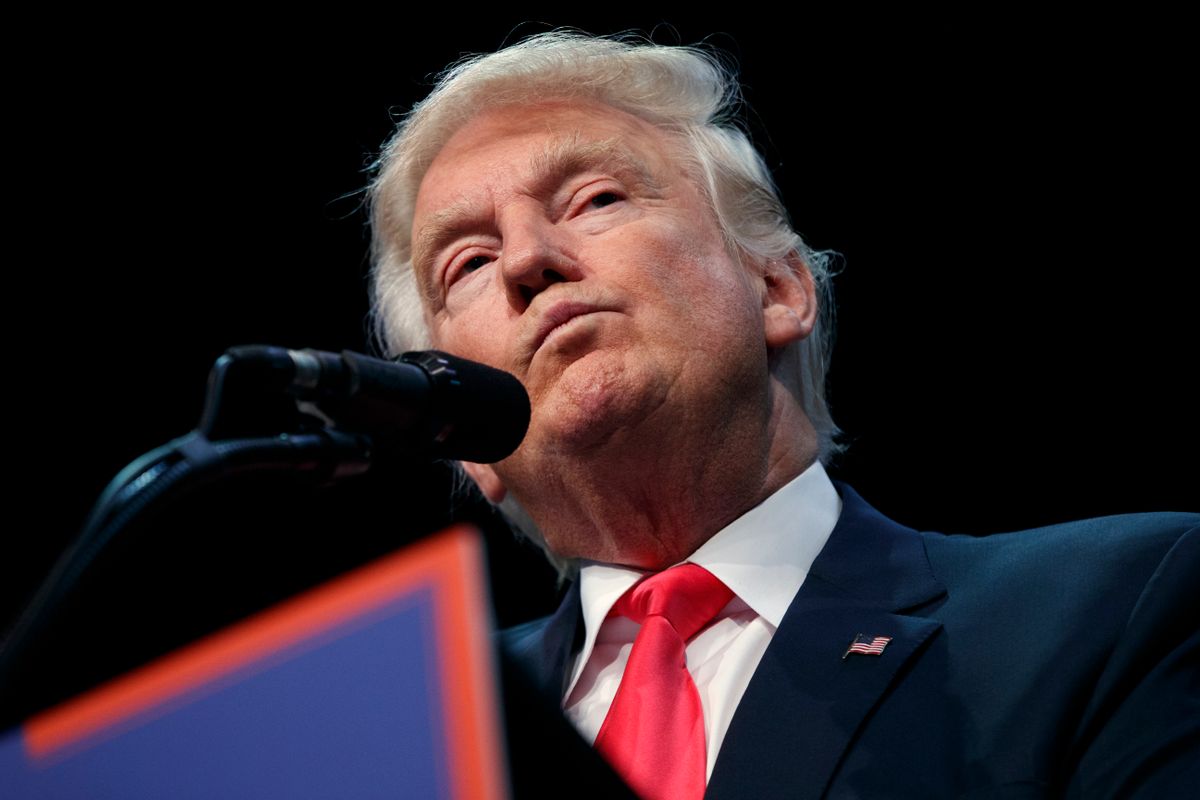 As Hillary Clinton’s “Blue Collar Bus Tour,” travels across Pennsylvania and Ohio, I want to tell you about two angry white men I met at the Democratic National Convention last week.

The press would have you believe that all of the angry white men are Trump supporters. This is the stereotype: They are high school educated, gun-totin’, flag-wavin’ bigots who love the bragging, swaggering bully in Trump.

But that’s an easy story. Those guys are easy to find. They fill Donald Trump’s stadiums. It’s true they’re out there. But what’s also true is that there’s a huge number of high school educated white men who don’t go to Trump rallies. They aren’t flag waving bigots. These are guys who only carry guns when they're hunting. They’re angry, all right. They’re angry at being associated with Trump.

Two of them were delegates to the Democratic National Convention last week. Both will be voting for Hillary Clinton and both will be urging their union brothers and sisters to do the same. They are Jim Savage, who is a member and past president of USW Local 10-1, where most members work at Philadelphia Energy Solutions, and Richard Ray, who is a retired member of the USW at Owens-Illinois Inc., having worked at plants in both North Carolina and Georgia.

For Ray, backing Trump would be antithetical to his life-long commitment to organized labor.

Ray joined the American Flint Glass Workers union when he got a job with Owens-Illinois Glass Co. in Durham, N.C., when he was 20 years old. Six months later, he was elected shop steward. He held elected union offices for the next 49 years, all the way up to president of the Georgia State AFL-CIO, always in the not-so-union-friendly South. He became a member of the USW when the glass workers and the steelworkers merged.

Ray devoted his life to helping the group, getting better wages, benefits and working conditions for his union brothers and sisters. The most vital value to union members, he explains, is “we.” The idea, he said, is that everybody helps improve life for everybody: “We are all in it together.”

“With Trump, though, it is always, me, me, me,” Ray said. What is most important to Donald Trump is Donald Trump.

It is true, Ray noted, that Donald Trump is very rich, that he has done very well for himself. For the “me.” But he has also gone bankrupt repeatedly. And when he did, he protected himself at the expense of working guys and small contractors. Trump paid pennies on the dollar to electricians and bricklayers and other skilled laborers. Lots of small contractors in New Jersey lost their family businesses because Trump didn’t pay what he owed them.

“He is the only one who came out smelling like a rose,” Ray told me. Trump wasn’t thinking of the other guy like a union brother or sister would. He was just thinking of Donald Trump.

The same is true with Trump’s signature products like suits and ties. Trump could have thought of the “we” and made a little bit less money for himself by manufacturing those products in America. But he didn’t. He makes them off shore with exploited foreign labor.

And right now Trump could be helping unemployed Americans, caring about the American “we,” but instead he is applying for 78 visas to bring in foreign nationals to work at his Mar-a-Lago resort in Florida.

Ray told me that, by contrast, when he listens to Hillary Clinton, he hears the opposite. Even her slogan is “stronger together.”

He noted that when Hillary Clinton left an Ivy League law school, she could have taken a high-paid job with a law firm and just made money for herself, the way Donald Trump did when he left the Ivy League Wharton School. But instead, Hillary Clinton began working for children with disabilities. And she has been laboring to help people ever since, including securing health insurance for low income children when she was First Lady.

“I don’t think it has ever been about ‘me’ for Hillary Clinton,” Ray told me. “It has always been about we.”

Ray is a no stereotype southern working class white man voting for Trump. He will be working hard over the next four months to make sure his union brothers and sisters, his neighbors, friends and acquaintances all see that stereotype is as repulsive as he does.

Savage is no stereotype rust belt working class white man voting for Trump, either. Vice president of the Philadelphia AFL-CIO, Savage came to the convention as a Bernie Sanders delegate because his mission is economic justice. He said he switched his allegiance to Hillary Clinton easily because she has supported organized labor her entire political life.

Savage told me that he has fought throughout his life as a labor leader for economic justice and thought that racial justice would just naturally come along with it. But it has not.

“Economic justice doesn’t mean shit if it is only for a certain sector,” Savage told me last week. This is personal for Savage because he has both white grandchildren and black grandchildren. He wants them all to have the same opportunities. And he wants them to be treated equally in all areas of society.

“We need economic justice for all people, for people’s wives and daughters and neighbors,” Savage said. And that is why he is a white, working-class man supporting Hillary Clinton.