Face it, conservatives: Trying to change Donald Trump is a lost cause 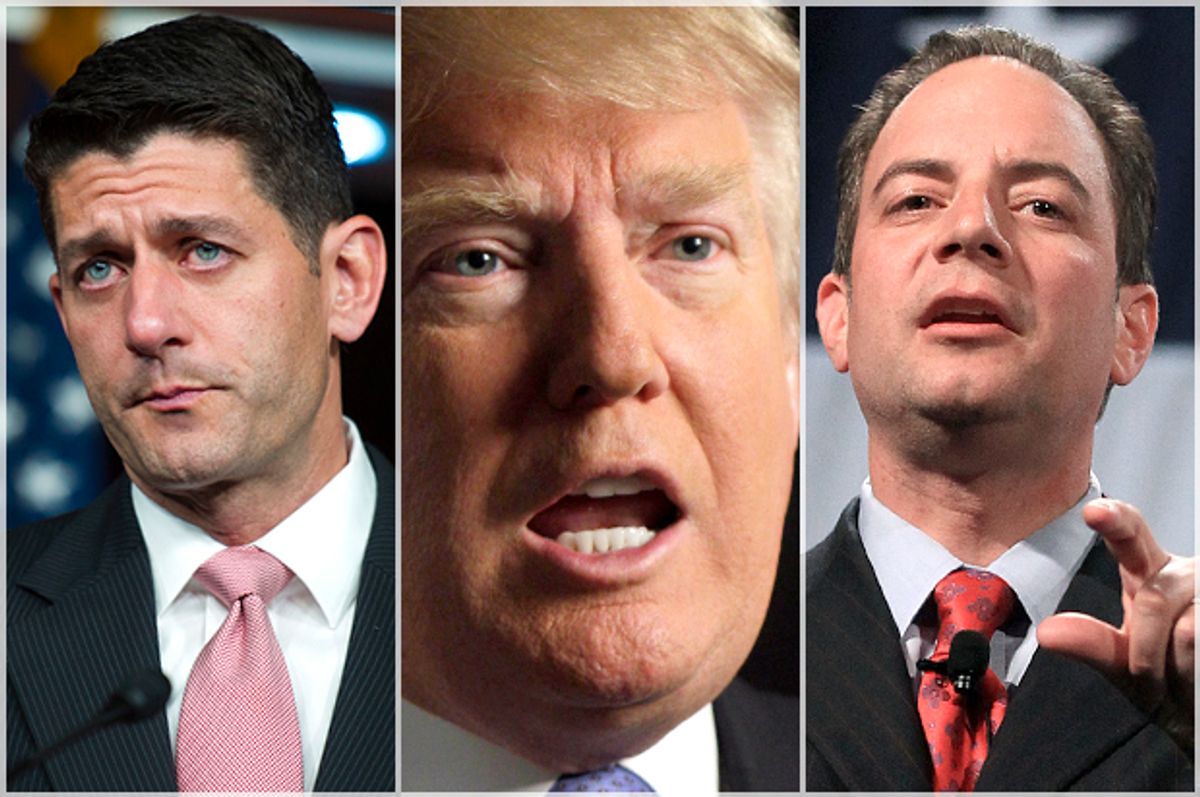 New reports that Donald Trump may have married a woman who first immigrated to the United States illegally sums up all you need to know about the hypocrisy and illegitimacy of his candidacy, and his supporters are the biggest victims. His voters wanted a champion, and instead they got a charlatan who understands he is staring defeat in the face through his recent claims that the general election system is rigged.

Trump, Anchor Father? He raged so vehemently against illegal immigrants despite possibly wooing and having a child with one. He excoriated U.S. firms for shipping jobs abroad meanwhile manufacturing his Trump gear in the developing world. He goes for rival Hillary Clinton’s jugular after previously donating to her and gushing over her work as Secretary of State. He wants to defeat radical Islam, yet his incendiary words further stoke radical Muslims to a fictional holy war.

Millions of people from rural America, including places where I grew up, put their trust in Trump, a man who masterfully orchestrated a media spectacle that promised big ideas. They are on track to be woefully disappointed, despite their devotion and fervor online and at raucous rallies. As MSNBC’s Joe Scarborough has suggested, Trump doesn’t actually seem to care about winning, he’s simply a showman in it for the publicity and the cash. Per Scarborough:

Trump promised, among other things, to protect them against further wage stagnation, unpopular and clumsily-constructed ObamaCare (which a senior designer just admitted has even more flaws than previously thought), and care for veterans. Yet he doesn’t actually seem to care about those things because he offers no specifics, nothing feasible or tangible, and his grasp of policy details is nonexistent. Where last week in Philadelphia, Clinton’s handlers and surrogates described her as “a workhorse not a show horse,” Trump is completely the opposite. Polling suggests even though Clinton is supremely unlikable, Americans are favoring a workhorse in the White House.

It’s astonishing that Trump’s supporters, many of them good, hardworking and honest people, were sadly able to convince themselves that a man who had spent his adult life bankrupting companies, defrauding innocent “students,” and indulging his carnal desires catalogued in a self-induced, tabloid-whipped frenzy would somehow become a serious, dedicated policy wonk and public servant.

“God has used worse people,” a Trump supporter in Iowa told BuzzFeed’s McKay Coppins. How’s that for a bumper sticker? For many people of faith, Trump’s checkered past simply helped contribute to the narrative of his Saul of Tarsus conversion into Paul the Apostle. Yet as Glenn Beck and many other grassroots voices pointed out, there was no crucible for Trump, there was no Road to Damascus moment where Trump had fundamentally changed his mettle, character and worldview. There was no conversion from cocktail party playboy to statesman.

As my colleague Sean Illing has pointed out, any supposed Trump "intervention" is positively futile given the fundamentally unstable and unfit person Trump is. It’s as though Trump fans, millions of men and women, fell in love with a fantasy or cartoon book character, their own Captain America, their Mr. Darcy, their Iron Man. Trump was a real-life version of the satirized Stephen Colbert’s fake personae.

This person did not exist and never will exist unless Trump were to completely surrender who he is. And if he did, that would shatter the magic for millions of Trump believers, possibly leading them to stay home from the polls. People enjoy an entertaining fantasy, and Trump has delivered tremendously on that front. If Trump were to do an about-face and take the serious advice from the likes of Paul Ryan, John McCain and Mitch McConnell then he would be stepping out of character. Trump doesn’t seem to know how to do this, perhaps he should have dinner with Colbert to learn how the comedian was able to transition away from his Comedy Central schtick back into his real personality on CBS. Sure, Colbert’s transition wasn’t perfect, but he’s still been able to largely retain his base. Based on everything we know about Trump, it’s doubtful he’d have the humility to pivot.