Smartphone supremacy: How Samsung is beating Apple — by design

Designer Hong Yeo is already Samsung's secret weapon. Could he be their answer to Apple's Jonathan Ive? 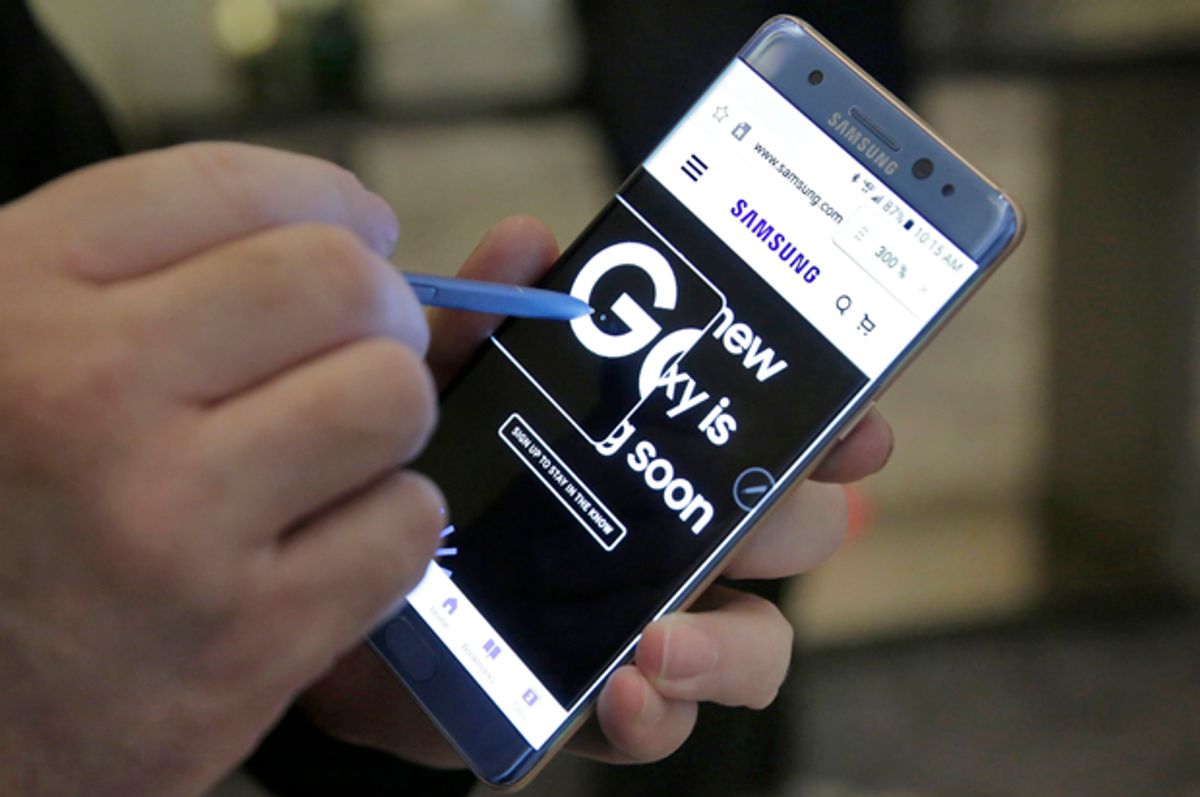 Samsung’s Galaxy Note 7, due out later this month, has already been showered with plaudits from the all corners of the consumer electronics world. The new smartphone (or phablet, if you will) is being hailed for its faster charging port, its iris-scanning security mechanism, its larger battery and, most of all, its sleek ergonomic design — precisely the sort of praise once reserved for the iPhone. The new Note appears to be a game changer for a company which not long ago had a reputation of churning out plastic Apple copycats.

The man behind this success is Hong Yeo, the Note’s 37-year-old South Korean lead designer. A former Volkswagen intern and McLaren sports car designer, Yeo arrived at Samsung in 2012 to help with “Project Zero” — the company’s all-out campaign to reinvent its smartphones and challenge Apple's dominance in the increasingly crowded global smartphone market. Wresting the mantle of great design from Apple was key to Samsung's strategy.

The effort led to last year’s Galaxy S6, which captivated customers with a unique wraparound digital screen that can be viewed from the side. Then Yeo’s Galaxy S7 released in February and became the world’s best-selling Android OS model in the first half of 2016, according to market research firm Strategy Analytics. The Note 7 has several new features, including the first commercially available smartphone iris scanner, which  allows users to unlock their phones simply by looking at the screen.

Earlier this week, Samsung announced that preorders through its telecom partners indicate the new Note will be a bestseller — which, in turn, led analysts to raise the company’s earnings expectations for the year. The company unveiled the new Note this week in New York City in an effort to grab the spotlight from Apple, which will release its new iPhone (and Apple Watch) next month, and thanks to Yeo's work, they've succeeded.

All the excitement about Samsung’s new efforts to take on Apple has tech insiders asking: Could Yeo become Samsung’s answer to Jonathan Ive, the genius behind Apple’s alluring, minimalist designs of the iPods, iPhones and iPads?

It will take more time before Yeo approaches Ive's stature, of course. Samsung's boy wonder reamins a relative unknown outside of the tech media—for now. But Yeo is a dozen years younger than the 49-year-old Ive and he has Samsung on a hot streak at a time when Apple has cooled off.

Despite his outsize influence designing a major product, Yeo has been working largely under the radar. Last year, he was mentioned briefly by Samsung as part of a five-member team of senior designers on “Project Zero." He was cited only as one of the company’s “leading designers and engineers who made the Galaxy S6 and S6 edge a reality.” It’s only in the past few months that he’s emerged from relative obscurity, making rounds this week in the U.S. to promote his latest technologically forward design achievement.

In recent interviews about the new Note, Yeo comes off as soft-spoken and casual about his work, but passionate of the look and feel of a smartphone, which he considers as important as the electronics and software contained within.

"A mobile phone is more than something you look at,” he said in a recent interview with Tech Insider. “You touch and use it every day. We wanted to improve that grip level, and the curved display allows us to have that perfect grip. When people hold it for the first time they're surprised by how smooth and seamless it is.”

And by embracing Yeo's philosophy — as well as his innovative designs — Samsung is gradually stealing Apple's thunder.