"Star Wars" overdose: New live-action TV series could be too much of a good thing

Between projected movies, animated TV and countless action figures, we may already be at peak "Star Wars" 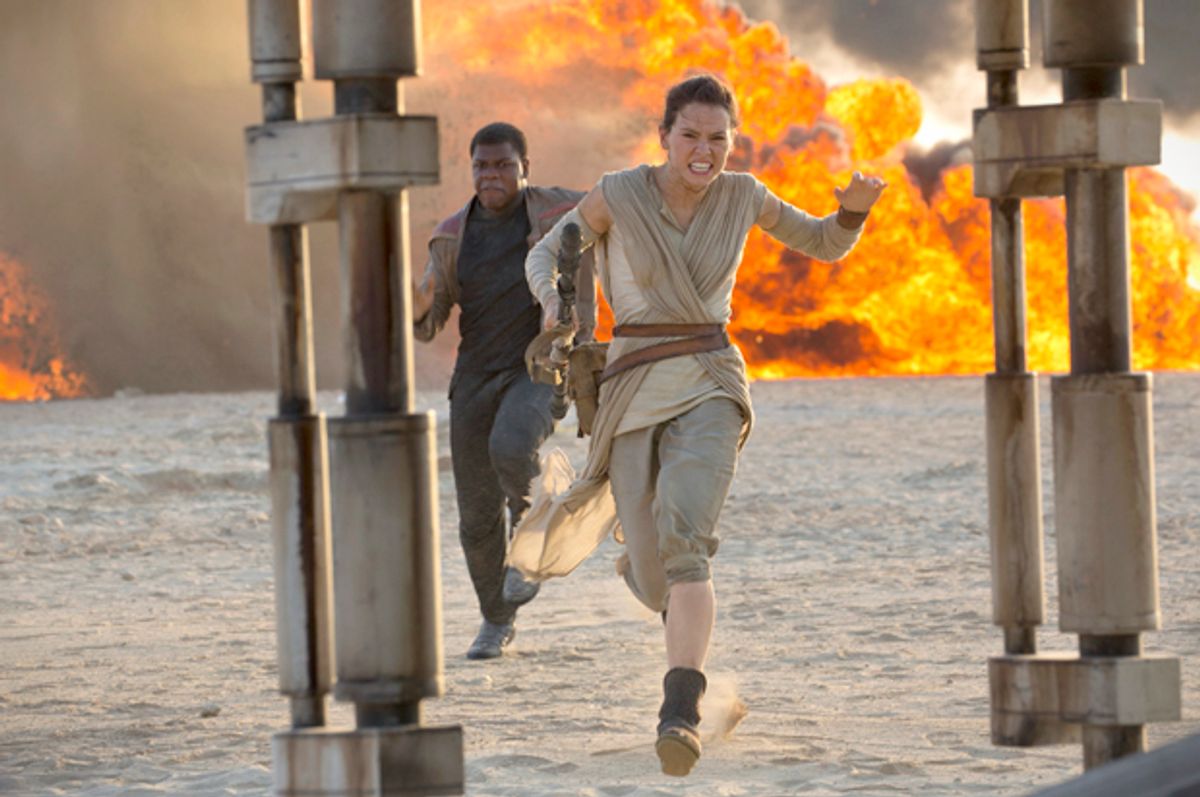 “Star Wars: The Force Awakens” was so successful — critically as well as commercially — that it was probably inevitable that it would provoke a storm of new “Star Wars” material. Moviegoers new to the franchise, as well as old fans who treasured their Lando Calrissian action figures, left the theaters happy, and the movie grossed more than a billion dollars internationally. In a year when blockbuster movies have had real trouble — the political blowback over the rebooted “Ghostbusters,” several comic book projects hit with weak box office or harsh reviews — “The Force Awakens” seems like a fantasy of what can happen when everything goes right.

And Disney, who own Lucasfilm, has plans for more. The studio will release a new “Star Wars” film — “Rogue One,” a spinoff that takes place before the original 1977 “Star Wars” movie, and will follow the rebels as they try to swipe plans for the first Death Star — this December. Then next year sees the next official movie — Episode VIII, with Finn, Rey, and Kylo Ren, joined by Benicio del Toro — in December 2017. The following years will offer a movie about young Han Solo, an Episode IX, and even, possibly, a Boba Fett movie. (That is a film about a character who has spent most of his existence as a punchline.)

So if you are a serious “Star Wars” fan, there is a lot coming. And if you get hungry for more, there are more than 120 episodes of “The Clone Wars” animated television series, and the ongoing “Star Wars Rebels” animated series.

These hardcore fans are likely celebrating with the latest news: That the long-rumored, on-again, off-again “Star Wars” live action television series may be back on, according to a Deadline report. This could easily be a commercial hit, given the way demand is spiking. But it strikes me as too much of a good thing, a notion that takes us to Peak “Star Wars.”

The first warning sign comes from the way the execs are talking about it. “I think it would be wonderful if we could find a way to extend that brand into our programming,” ABC entertainment chief Channing Dungey said on Thursday at a Television Critics Association press tour panel.

Hmmn. So we’re not hearing that there are important questions left in the plot that need to be addressed, characters whose origins we wonder about, themes that call out to be explored. Instead, it’s about burnishing the brand. Of course, a studio will only embark on a project if money can be made. But this one seems not like Hollywood’s usual uneasy balance between art and commerce, but like a naked cash grab.

The other large problem with the television series is harder to overcome. Part of the power of the “Star Wars” movies is that they were stretched out over time: Between meeting Luke and Darth Vader in the original film to hearing that Vader was Luke’s father, three years elapsed. Similarly, when Han Solo and Chewbacca show up in “The Force Awakens,” it’s a powerful moment, because we’ve not seen then in more than a decade. Not only have we been away from these specific characters, we’ve either been away from the “Star Wars” universe,” or we’ve been letting it take shape in our minds. What happens when we see it every week, with daily television commercials and nonstop magazine covers?

And there is no way a live-action “Star Wars” series would sit in the background. To do this in a way that won’t cheapen the franchise, Disney and Lucasfilm will have to spend enormously on special effects, and that budget will require serious viewership and promotion to make the money back. It will be hard to avoid hearing about “Star Wars” every time we look at Twitter or scan the magazine rack.

Another problem is logistical: Even an expansive universe like the one in “Star Wars” has limits. There are only so many places in between the movies where the series can dwell. The initial scripts for the series take place in the years before “A New Hope” and after the prequels. But there’s only so much real estate left.

So with movies coming every year, books, two animated series, and toy stores full of action figures, maybe it’s time to yield a bit on “Star Wars” madness. The last time excessive “Star Wars” programming rolled out, they called it “The Phantom Menace,” and it left a bad taste in fans' mouths for years. If you love "Star Wars," please, ask them to make it stop.