Yes, #WeAreAllBarb—but this video shows Barb is clearly Stef from "The Goonies" 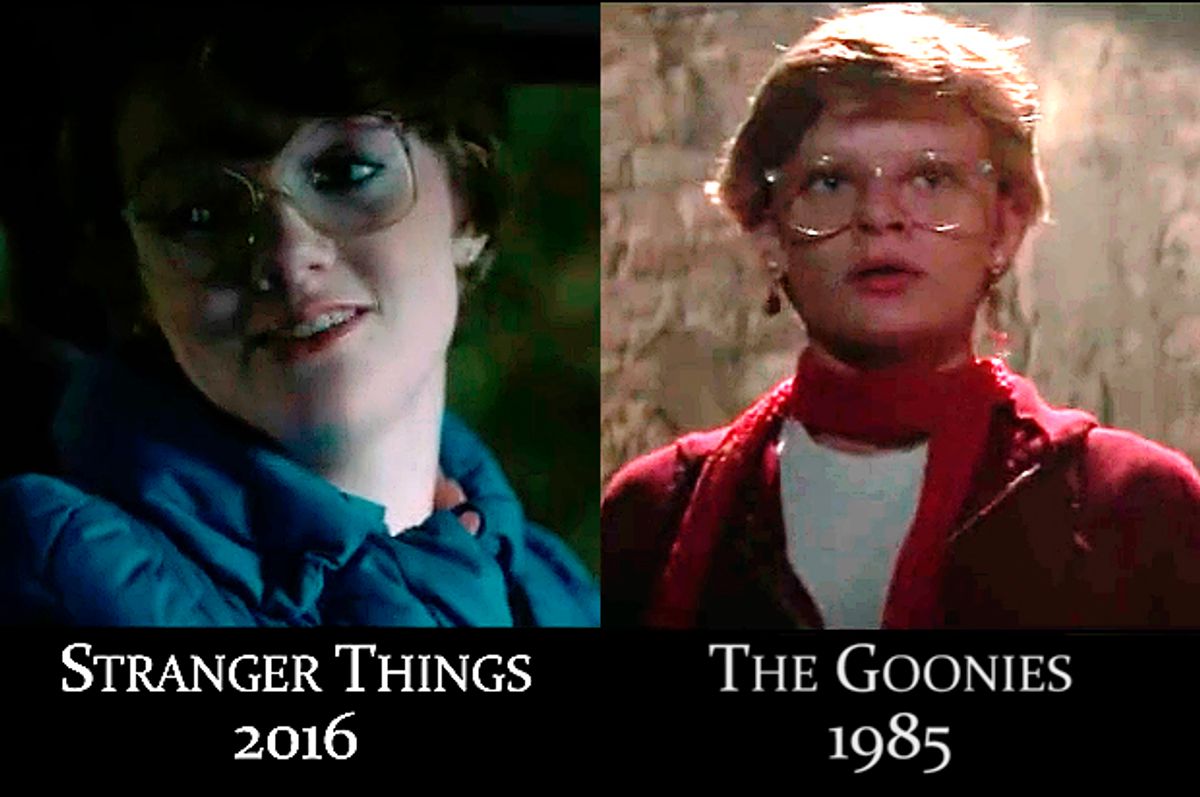 That Netflix's "Stranger Things" functions as a loving homage to the senses of wonder and horror drummed up in the '80s by the likes Steven Spielberg and Stephen King goes without saying — it's impossible to watch the series and not be swept back to stolen nights watching "It" or summer afternoons wearing out VHS copies of "The Goonies."

However, outside of those other obvious references — "Stand by Me," "E.T.," etc. — most viewers of "Stranger Things" were satisfied reveling in the nostalgia without needing to identify every single image responsible for creating it. French filmmaker Ulysse Thevenon wasn't, however, so he created a supercut that elegantly demonstrates exactly which films and scenes directors Sean Levy and Matt and Ross Duffer drew their inspiration from.

The result is an almost five minute-long montage of juxtaposed compositions, with those from "Stranger Things" on the left and their iconic forebears on the right. As Thevenon himself admitted, his video by no means exhausted the range of visual references used in the series, and he appears open to producing a more comprehensive version of it at some point in the future.

Watch the entire video below via Thevenon on Vimeo.