Dems, don't get happy: Despite big media narratives of a Clinton runaway victory, 100 days is a lifetime in politics 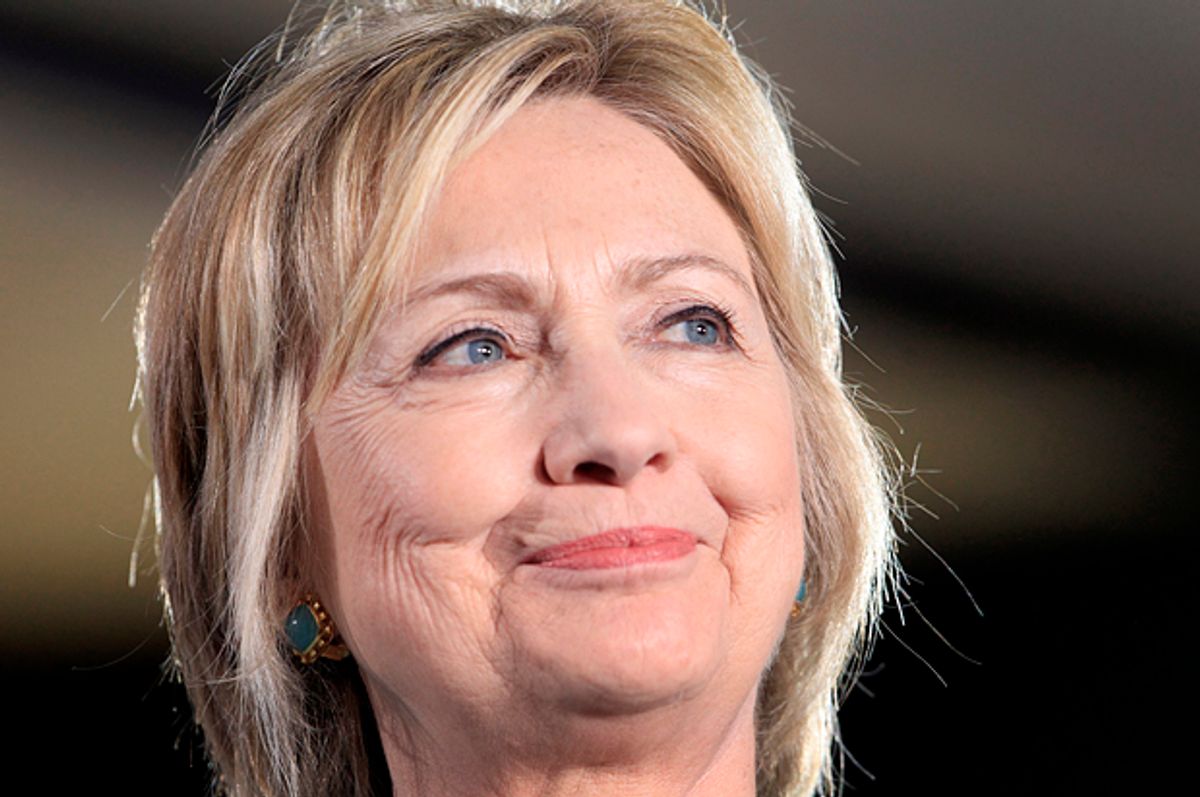 There's a mantra I've carried with me throughout my career, first in radio and then print journalism. The mantra is both memorable and efficient: "Don't get happy."

I learned this rule when I was a 21-year-old intern for the former "Don & Mike Show," a nationally syndicated "guy talk" radio show based in Washington, D.C. (it continues on as the "Mike O'Meara Show" podcast today). By way of background, I grew up listening to Don Geronimo and Mike O'Meara when they hosted the "Morning Zoo" show on WAVA in D.C., and, suffice to say, Don and Mike are two significant influences who led me to what I do today, certainly when it comes to my role and status here at Salon, and especially with regards to my political podcast, "The Bob & Chez Show." But when I lucked my way into actually working for the "Don & Mike Show," nearly 25 years ago, I quickly learned the value of not getting too comfortable in my post, as comfort — "happiness" — often breeds complacency, complacency breeds laziness, and laziness makes for horrendous outcomes.

So, don't get happy.

This isn't to suggest we're not allowed to be personally satisfied by life and its intermittent success stories, but it's always best to enjoy those moments of success, then to brace ourselves for the inevitable downside of the curve. Such is the case with the presidential election, especially now that Hillary Clinton appears to be pulling away from Donald Trump who, hour to hour, appears to be self-immolating, whether by accident or design.

Back in late April on HBO's "Real Time with Bill Maher," Maher loudly scolded legendary director Rob Reiner for suggesting that Hillary Clinton will easily defeat Donald Trump in November. Maher told Reiner to "shut the fuck up" because (pointing to the audience) "they won't fucking vote!"

Maher's anger reflected something I've been monitoring for years. Liberal Democrats are notoriously complacent. When it feels like their candidate might win, they have a tendency to check out. After all, Candidate X is a shoo-in, right, so why take the time off work to canvass and vote? Democrats simply get too happy. Most recently, for example, we all remember what happened in the Michigan primary when Bernie Sanders trounced Hillary in a shocking defeat that almost literally no one forecasted. One of the reasons it happened was due to Hillary voters either staying home or voting against Donald Trump in the open primary. They were too happy about Hillary's prospects and they got burned as a result.

In fact, a couple weeks after Maher scolded Rob Reiner, Trump nearly overtook Hillary in the polls, and if the election had been held in mid-July, it's likely Trump would've won. This after the Judge Curiel scandal, along with innumerable other obnoxiously controversial Trump blurtings, touched-off speculation that the GOP might replace Trump at the convention.

Funny how quickly things change. Despite a long roster of political disasters, Trump ended up in the lead just a month and a half later.

As of this writing, however, the latest polls show Hillary with a substantial lead over Trump. The most recent McClatchy poll shows Hillary with a 15-point lead, 48-33, while Nate Silver's FiveThirtyEight forecast shows Hillary not just winning President Obama's 2012 states, but adding North Carolina and, narrowly, both Georgia and Arizona to the map if the election were held today. As Lawrence O'Donnell pointed out Thursday evening on his MSNBC show, Bill Clinton won roughly 43 percent of the popular vote, which was resoundingly criticized as a weak plurality by the conservative media at the time, but, conversely, the 42nd president won by a landslide in the electoral college. Hillary, according to most samples, is polling at either 43 percent (NBC News poll including Gary Johnson and Jill Stein) or, as with McClatchy, five points higher than her husband's final popular vote total. If this holds, Hillary could win 373 electoral votes — or more.

But, seriously, don't get happy.

We're still just under 100 days before the election, which is a lifetime in modern political terms. Almost anything can happen. The cable news channels have been known to declare candidates politically deceased, only to manufacture a "surge" narrative in the subsequent weeks, amplifying a hyper-dramatic horse-race narrative. All the networks need is a teeny-tiny incident to incite the surge, and there it is. For example, on Friday, Trump corrected himself via Twitter after having fabricated a description of video footage he claims to have seen, showing Iranian officials unloading pallets loaded down with $400 million in cash flown in from the United States. Trump ranted about this video for two days — the second day's rants occurred after the story had been debunked by major media. But Trump's correction on Twitter is enough to potentially spark commentators like Mark Halperin to inject a "Trump pivot" cycle into the election, with the inevitable result being a softening on Trump by centrist voters who are either undecided or leaning Hillary.

Cable news giveth, and cable news taketh away. Hillary supporters should be prepared for it.

Meanwhile, it's likely the news cycle as well as social media trends through the next few weeks will be dominated by the Olympics, not to mention the potential for infrastructure problems in Rio to shove Trump off the front pages. With the cover of the Olympics, it's reasonable to observe that news consumers will forget about some of Trump's more horrendous trespasses, even though there are so many. Then again, with internationalism front and center, it might spark some all-new awfulness from Trump that'll force his polling decline to worsen. Hillary Clinton said during her historic acceptance speech at the DNC, "There is no other Donald Trump. This is it." Trump's fate depends on whether he can summon the discipline to stow his ego or whether he's stubbornly locked into his current game.

Hillary voters need to comport themselves as if she's five points behind now in order to win by 10 points in November. The stakes of the election are too significant to get happy in early August. Trump can still win this thing.