China's building a new Great Wall — and no, Trump can't do anything about it 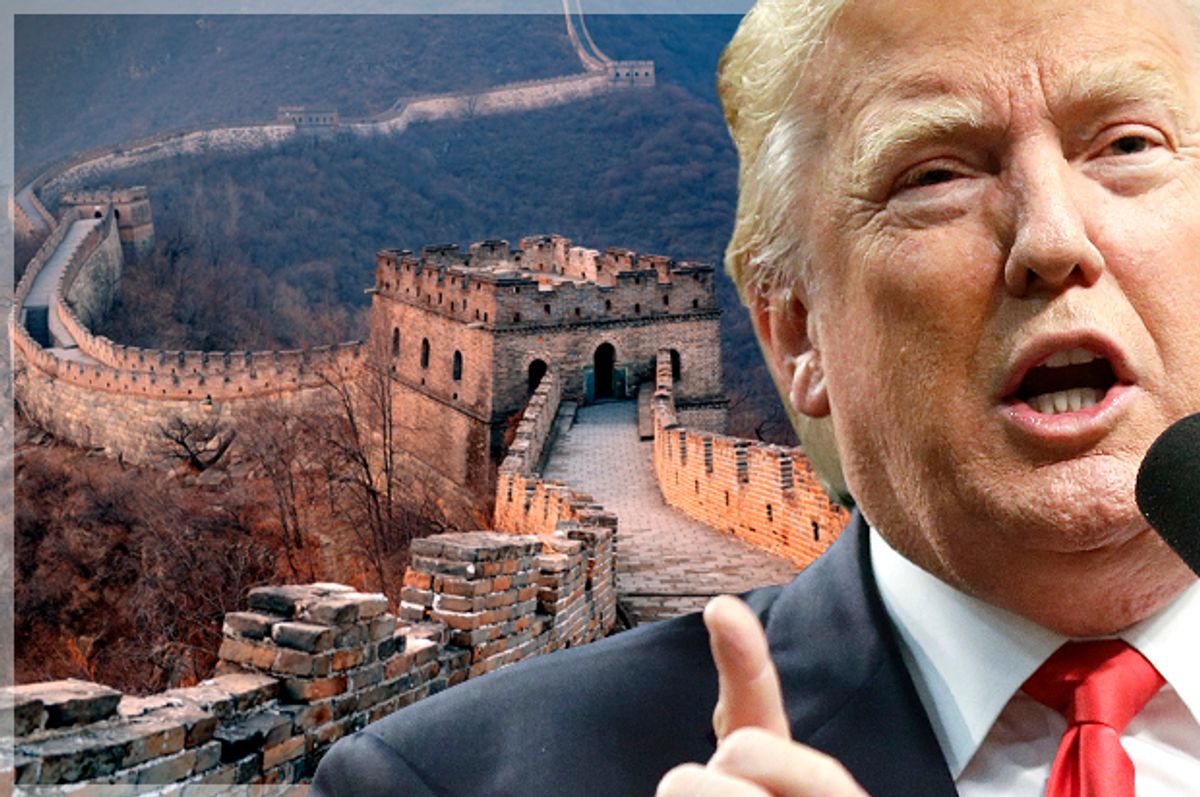 The Chinese government and business community have responded to American incursions into their tech markets by building what some are calling the New Great Wall, given how it protects local companies and raises the cost barrier for foreign ones.

American companies that have tried to succeed on the other side of that wall have failed because they believe they're competing in a fragmented market, one in which holding tight to a share of it equals having a foothold in it -- what they don't realize is that, given the goals of the Chinese government, they're actually playing a zero-sum game. When what matters is which side of the wall you're on, having an eight percent share of the market doesn't matter at all.

This is the lesson that Uber learned the painful way last week. The company's decision to sell its Chinese operations to local rival Didi Chuxing after years of toxic competition draws the curtains on another attempt by an American tech company to make inroads into that lucrative market.

Like Amazon, Facebook, Twitter, YouTube, eBay, and Google before it, Uber invested heavily in a rigged system. As the Los Angeles Times' David Pierson noted, not only must American companies struggle against government bans on the free flow of information, rising nationalism has exacerbated "Beijing’s desire to cultivate so-called national champions, large domestic companies hoped to one day become China’s most recognizable multi-national brands."

Though some of these companies insist that they abandoned the Chinese market because of ideological objections to government censorship, in reality they failed because they fundamentally didn't understand the market in which they operated. They possessed all the confidence of professional athletes, but were asked to play water polo with tennis balls on a soccer pitch in football pads -- and they didn't even realize the fix was in.

The perception in China is that American companies are somehow fundamentally American, whereas their native equivalents are inherently Chinese. For example, Uber called its ride-sharing service "Uber China," unwittingly building a branded wall between its country of origin and the population it would have been servicing.

And on the subject of branded walls, it's not as if the Chinese government and business community are unaware that one of the candidates in the 2016 presidential elections declared that "China will be put on notice," and that he considers closed Chinese markets to be an affront to America. "Its Great Wall of Protectionism," Trump's platform states, "uses unlawful tariff and non-tariff barriers to keep American companies out of China and to tilt the playing field in [China's] favor."

The Republican candidate is clearly not as enamored of this Great Wall as he is of the actual one, which he intends to replicate in miniature, and he honestly believes that he will be able to negotiate it down, because he "beat[s] China all the time.”

On the day he declared his candidacy, Trump elaborated, boasting that “I own a big chunk of the Bank of America building at 1290 Avenue of the Americas that I got from China in a war. Very valuable." He neglected to mention, however, that according to court documents, he settled for the property after losing a legal battle with his former Hong Kong partners. As he said at the time the settlement was made, “through more luck than talent, I ended up much better because the buildings have increased in value. In the end, it was fine."

And fine it will be, according to Trump, who said that as president, "I’ll do fine with China -- we’ll do much better with China than we do now, and China will like us much better than they do now."

It's no stretch to say that the Chinese government and financial sector would willingly accept such a "beat[ing]" on any day of the week that ends in a "y," but in the likely event that Hillary Clinton is the one with her hand on the Bible in January, it's not as if she is any more qualified to scale this new Great Wall. After all, many on Wall Street believe that Uber's deal with Didi Chuxing doesn't actually represent a defeat.

As William Bao Bean told David Pierson, Uber is "the first international Internet company that didn't lose. They fought to a draw -- and for an American Internet company, that's as good as a win."