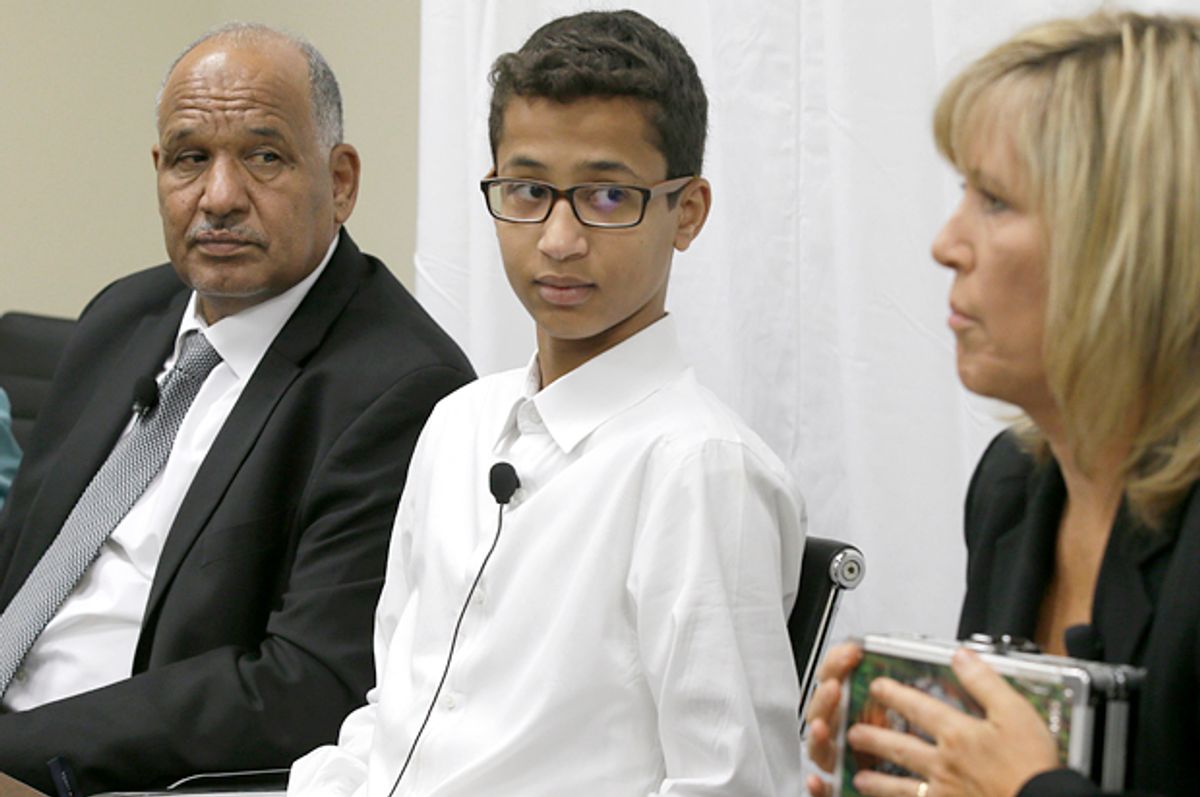 The Muslim boy who brought a homemade clock to school — and promptly had the cops called on him — is suing his former hometown, saying it violated his civil rights.

Fourteen-year-old Ahmed Mohamed was arrested last September after officials at his suburban Dallas high school called police because the freshman brought a homemade clock to class that allegedly resembled a bomb. Mohamed did not face charges stemming from the incident, but he was suspended from MacArthur High School for three days.

The lawsuit, filed in federal court on behalf of Mohamed and his father, alleges that since arriving in Irving, Texas as a third-grader, Mohamed received biased treatment at the hands of the school district, including being singled out for punishment.

The lawsuit names as defendants the Irving Independent School District, MacArthur high school principal Daniel Cummings, and the city of Irving, Texas for violating his constitutional protections against illegal arrest and unequal treatment, as well as discrimination under the Civil Rights Act.

Mohamed's story went viral after his suspension; President Barack Obama invited him to the White House and he met Google's co-founder at a Google hosted technology competition.

Mohamed's family, which is originally from Sudan, moved to Qatar following his suspension. Mohamed returned briefly to Texas over the summer, but told the local CBS affiliate he wouldn't be staying in the U.S. for long. "For the safety of my family, I have to go back to Qatar," he said. "Right now, it's not very safe for anyone that's a minority."