Far too little, way too late: The hopeless anti-Trump candidacy of Evan McMullin

Months after the horse left, #NeverTrump Republicans have finally chosen someone to close the barn door 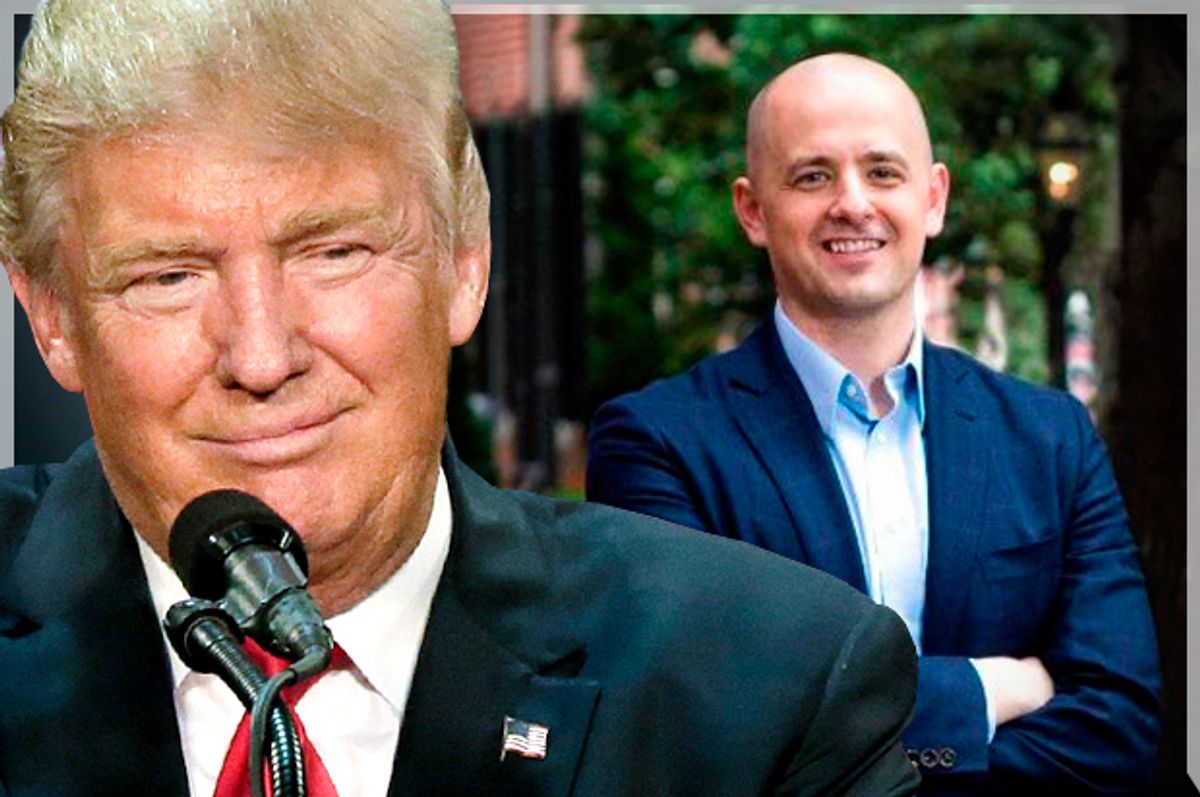 After months and months of fruitless searching (papered over with the vigorous tweeting and determined production of self-righteous blog posts) the #NeverTrump movement has finally – finally – found its “independent conservative” candidate for the 2016 presidential race: Evan McMullin. Who the hell is Evan McMullin? He’s a congressional staffer, former CIA officer, and TED Talk deliverer – which is to say that he has precisely zero national profile. But he has all the trappings of a protest-vote candidate: McMullin’s newly launched campaign website insists that “it’s never too late to do the right thing.”

That’s a lovely sentiment, but in some very real and tangible ways, it is indeed far too late for Evan McMullin (or anyone else) to put together a credible presidential campaign. As I’ve been pointing out for the duration of this #NeverTrump exercise, one simply doesn’t just up and decide to run for president. It is a massive undertaking that encompasses months – or years – of careful planning, coalition building, securing of commitments, fundraising, and the like. Even if McMullin manages to attract a handful of big donors and experienced campaign operatives, he is coming into the race cold, with no name-recognition outside his personal and professional circles, no established political presence, and less than 100 days left on the election calendar.

Speaking of the calendar, if offers yet another compelling reason for why it is indeed “too late” for this candidacy to go anywhere meaningful. Deadlines for ballot access have already passed in Texas, North Carolina, Illinois, Indiana, New Mexico, Nevada, George, Delaware, Florida, Oklahoma, South Carolina, Michigan, Washington, Missouri, Arkansas, Kansas, Maine, Maryland, Nebraska, New Jersey, Pennsylvania, Vermont, West Virginia, Massachusetts, South Dakota, and Wisconsin. If you’re not keeping score at home, that’s 294 electoral votes – 24 more than the total needed to win the presidency – off the table. The deadlines for Alaska, Colorado, Connecticut, Hawaii, New Hampshire, Ohio, the District of Columbia, California, and Utah are all within the next week.

The #NeverTrump people insist that these deadlines are effectively meaningless and can be thrown out through various court challenges. Even if that’s true, already you’re talking about a massive and expensive legal undertaking spanning well over half the states. So if you’re an Evan McMullin donor, you’re signing up for dumping money into a series of lawsuits that, even if they succeed, still will not produce a successful candidate.

But, as Buzzfeed’s McKay Coppins writes, the aims of the McMullin insurgency may be much narrower:

But people close to the effort suggested McMullin would have the backing of serious Republican donors and fundraisers. They also pointed to his ties to Utah, a state where polls show Trump badly underperforming with the Mormon-heavy electorate. McMullin, a Mormon and an alum of Brigham Young University, plans to aggressively contest the state.

Utah! The candidate needs only collect signatures from 1,000 Utahns before August 15 to get on the ballot, then he can just set up camp in the state with an eye on denying Donald Trump the state’s six electoral votes. (One of the more interesting subplots to the 2016 race has been the degree to which reliably conservative Mormon voters actively shun the GOP nominee.) But, again, that isn’t “running for president” in any meaningful sense.

The McMullin candidacy is mainly a vehicle for frustrated Republican elites to pretend they’re doing something positive for the party as it falls apart under the weight of Trumpism. Meanwhile, the increasingly influential portion of the party that has given itself over to Trump’s warnings of rigged systems and illegitimate elections will see in the McMullin campaign proof that the conspiracy is real.