The end of the McConaissance: "Sea of Trees" star looks like a poor fit for the role

Matthew McConaughey can be brilliant, but Gus Van Sant's film might show the limits of his range 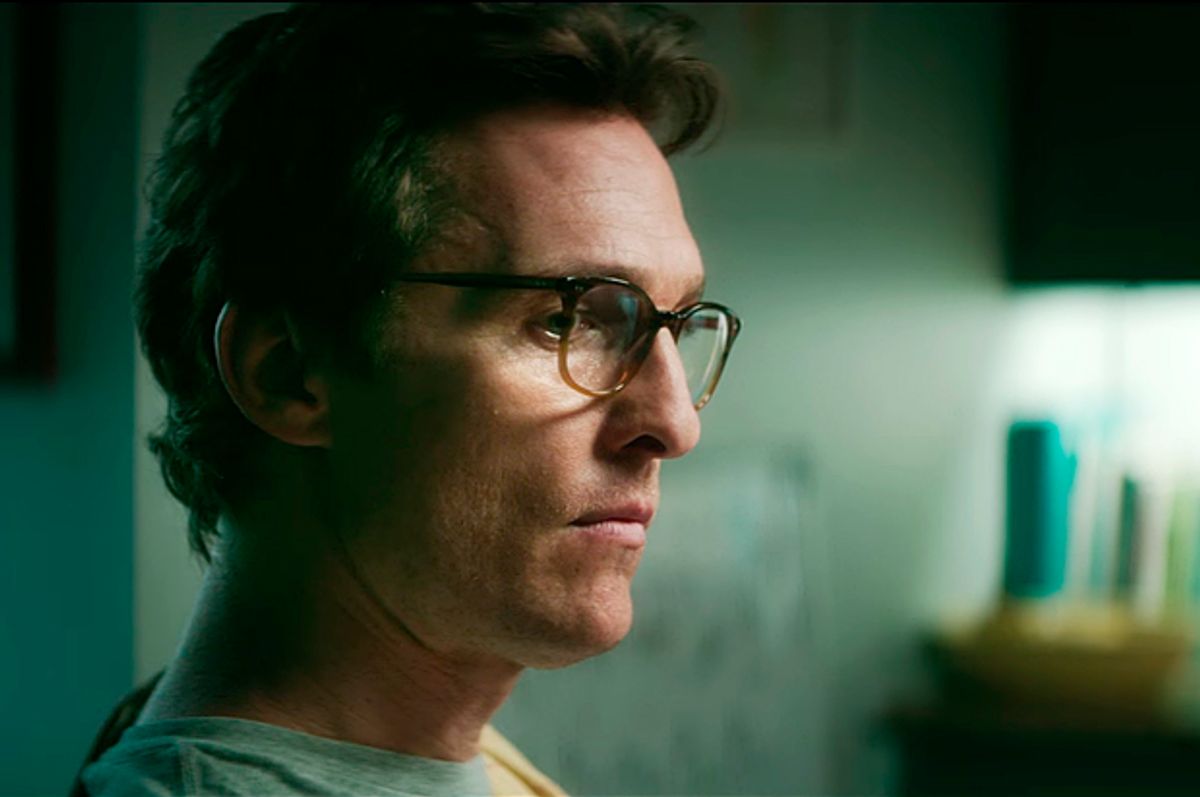 Great artists typically try to challenge themselves, and the greatest are able to range widely and deeply. Matthew McConaughey — who’s been on a well-publicized roll for the last few years — has done an enormous amount of stretching since he broke in with “Dazed and Confused,” in which he played small-town horndog Wooderson. But he may have reached the limits of what he can do. That’s one possible interpretation of the rough critical ride his latest film, “The Sea of Trees,” is receiving.

The film, which drew boos when it played at Cannes last year, has a new trailer, and it suggests part of the trouble the film is having. (The movie has also been delayed and jumped from distributor to distributor.)

Here’s the way EW describes it:

McConaughey stars as a professor named Arthur Brennan, who travels to Japan to reflect on his relationship with his wife, Joan (Naomi Watts). There, he meets a stranger named Takumi (Ken Watanabe), and the two men find themselves bonding over discussions of love, death, and spirituality.

The Sea of Trees in question is Aokigahara, a forest at the foot of Mount Fuji notorious for suicides.

So from this brief description and the new trailer, I’ve already got a sense of what might be wrong with the film. It seems to be trafficking in two of the oldest Hollywood clichés — that intellectuals are heartless jerks, and that Asia is a place for a white man’s spiritual rebirth.

And the biggest problem here may be that McConaughey, who’s triumphed in almost everything he’s been in lately, just can’t make this role work.

The classic McConaughey role is a smart, clever, good ol’ boy, with some version of Texan or Southern charm. With some variation, it’s what he does in “Dazed and Confused,” “Magic Mike,” “Dallas Buyers Club,” “The Wolf of Wall Street” and HBO's “True Detective.”

This isn’t all he can do. But for him to play a heartless, self-righteous professor who’s lost his connection to his wife… It just doesn’t work. Watts’ character is an alcoholic who develops medical problems, and McConaughey’s character apparently checks out. Some actors could make us believe this, but in these handful of scenes, it doesn't look persuasive.

He’s no more convincing when he lectures Watanabe on God (“God is more our creation than we are his.”) And while the trailer shows McConaughey repeatedly standing by himself contemplating the infinite, he’s not much of a brooder.

The actor’s role apparently involves a lot of speechifying, and McConaughey excels at that, whether he’s playing a self-regarding stockbroker or a cracked homicide detective. But these are all, in their way, comic roles — even if the comedy is cut with varying degrees of philosophy. And meditations on suicide are, apparently, tricky for an actor who specializes in comic pontification.

Suicide and personal disorientation are perfectly good subjects for a serious film. But McConaughey’s charm, cool diffidence, optimism, and physicality make him a risky choice.

The movie’s director, Gus Van Sant, has made some very good films — including, of course, “Drugstore Cowboy” and “My Own Private Idaho,” early in his career. But he’s also uneven. And for all his talents, he may not have quite enough firepower to stop the inevitable waning of the McConaissance.