"The Night Of" recap: When a "good boy" goes bad

Stone isn't dropping his mission to exonerate Naz, who finds himself changed by his time in jail 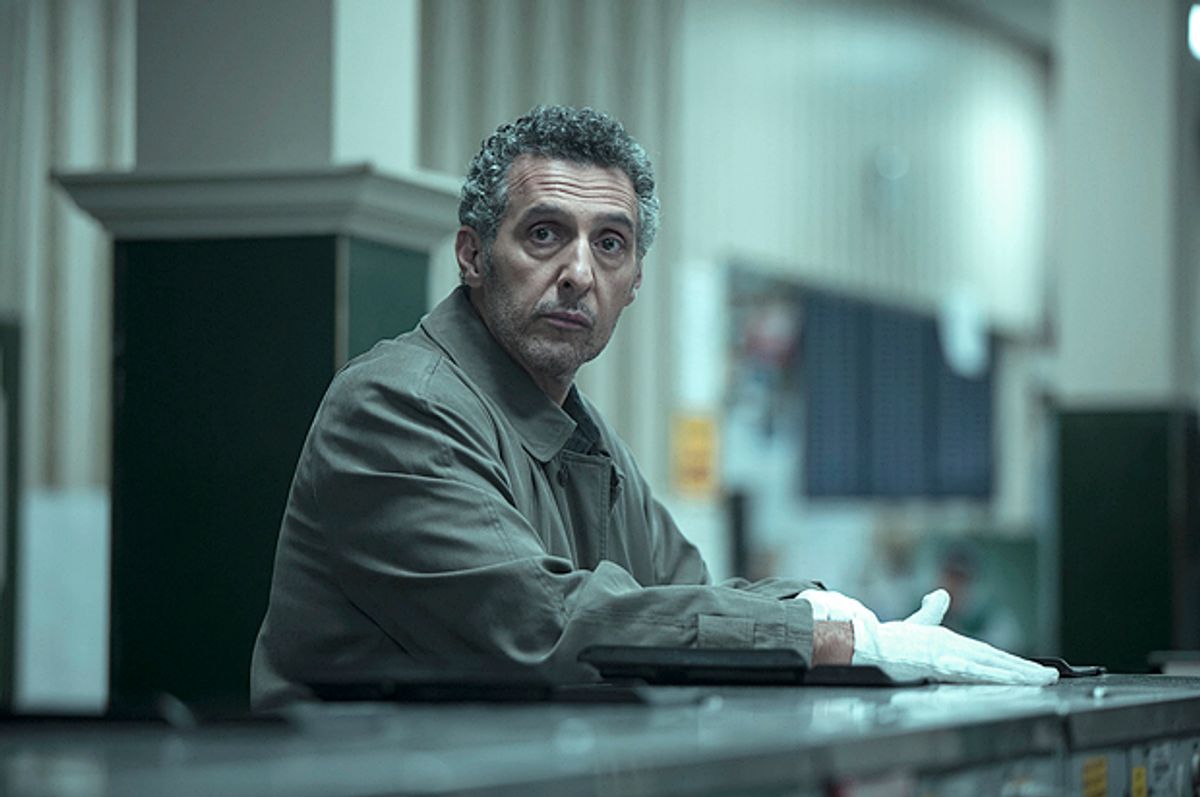 The fifth episode of “The Night Of” may be called “The Season of The Witch,” but the words that give it a real thematic (and, in the end, narrative) drive are “good boy.” These words, and how their meaning has changed, hold the shape of Naz’s fate. In her office, district attorney Helen displays the "Pros and Cons" of Nasir and Andrea, in terms of her case, on a blackboard in her office. At the very top of Naz’s "Con" column, she writes “Good Boy.” Ironically, while Helen fears a hypothetical jury’s hypothetical perception of Naz as a good, wholesome college kid from a good, wholesome family (though she does have “Muslim” written under Pro and Con), Naz is becoming an amateur drug smuggler, learning how to throw a punch and embrace a certain swagger as Freddy’s protégé. Yet Jack Stone’s belief in Naz’s fundamental goodness propels his efforts to exonerate the kid, or, at least, introduce enough reasonable doubt — and these efforts put him in a dark, abandoned basement, pursuing a man who just might be Andrea’s real killer.

After Stone watches footage of Trevor (J.D. Williams), the man who lobbed a racial epithet at Naz back in episode one, telling Detective Box that he was alone when he saw Naz and Andrea enter the brownstone, he finds the hot-headed witness at a laundromat and haunts him with the truth: Trevor had company that night. Williams and Turturro create a perfect duet of resentment and indignation, with Trevor’s staccato bursts of anger well-met by Stone’s wearied, yet firm, resolution to do right by his client (he even throws Trevor’s racism back in his face). Stone’s threats to nail Trevor for perjury finally coax out the name of the second man — Duane Reade. Given all of the long hours Stone has spent in pharmacies, this name is delightfully, if wickedly, ironic. But Duane Reade’s rap sheet is as terrifying and germane as his name is funny: He’s been charged with breaking and entering, as well as aggravated assault — and knives are his weapons of choice. Stone finally finds Reade holding court in the back of a bodega, like a junior-varsity Freddy.

The chase sequence that follows is genuinely taut and thrilling; so thrilling, in fact, that it almost feels jarring, given that everything else in the episode, while compelling, still operates within the work-a-day world. The subtlety and wry wit of “The Night Of” have distinguished the show from all those other dime-a-dozen crime dramas: Could you ever see a D.A. casually dropping a photograph of the suspect’s wound on a corpse’s flaccid penis as she coaches a medical examiner on “Law and Order: SVU”? The scenes of characters at work, whether it’s Helen and Detective Box ruminating over what the latter will do during his impending retirement (he assures her that he has no intention of spending more time with family or going boating in Florida), or Jack Stone and Chandra (Amara Karan) taking their droll crime scene photographer/investigator through the crime scene, are some of the most nuanced and satisfying.

Last week, I expressed some concerns about the representation of women in the story, particularly in the defense team’s attempt to link Andrea’s death to her drug use and history of emotional instability — creating reasonable doubt through slut-shaming. And since Jack’s investigation takes him to one of Andrea’s old drug connections, it seems like the show is indeed going there. Of course, given the kinds of cases that garner enough attention to snag the CNN headlines and set Nancy Grace’s nostrils flaring, the hot, young and deeply-troubled victim trope isn’t beyond the pale (even if it is more than a bit stale). That said, Chandra’s increased presence has done much to right the balance by presenting a complex and wholly relatable woman into the character mix.

In Amara Karan’s performance, the young attorney is like a pool of still water, subtly disrupted by quick ripples of anxiety. Chandra is a perfect foil for Stone, elegant and composed where he is impulsive and emotional. Early in their partnership, he tests her by taking off his sandals and unwrapping his Crisco-slathered, cellophane-cased feet. She knows what he’s doing, and is clearly annoyed by it; yet she’s also the only character who doesn’t flinch at his feet and shows him a modicum of real empathy about his condition (perhaps because her father has the same issue). Karan’s performance deftly layers in Chandra’s strain at being the smartest, yet most negated, person in the room (she only gets the case because her boss, Alison Crowe, prohibits anyone else from the firm from working on it); she holds her body with a tightness that evokes a whole history of a woman who has kept her nose to the grindstone of being a good girl — the Straight-A student and well-heeled young attorney living under the bell jar of honor and necessity.

In this regard, she could also function as a Ghost of Naz’s future — if he hadn’t taken his father’s cab out that night, if he hadn’t let that hot girl into the cab, if he hadn’t gone home with her, if he hadn’t done those drugs. We can hear this piston-beat of regret in every punch that Naz lands on the inmate who scalded him with baby oil. And it is an absolute testimony to the sustained power of Riz Ahmed’s performance that Naz’s shift into violence and his willingness to serve as jail-house drug mule feels not only believable, but, tragically enough, natural. Freddy’s protection is like a gift offered in a fairy tale: There is always a cost. This man’s already-battered body, bloodied and prone on the shower floor, is Freddy’s sacrificial offering to Naz, a chance to channel all of the humiliation of being defamed and caged into his fists. At first, we see a flicker of the nervous kid from the pilot; Naz kicks the guy once, in the ribs, and walks away. But that flicker bursts into a blaze of rage: Naz beats the man until one of Freddy’s minions has to pull him off. Just like that, the good boy has burned away — and the bird that rises from the ashes is hardly a phoenix.