WATCH: Can "Saturday Night Live" survive the departures of two of its most flexible cast members? We're about to find out 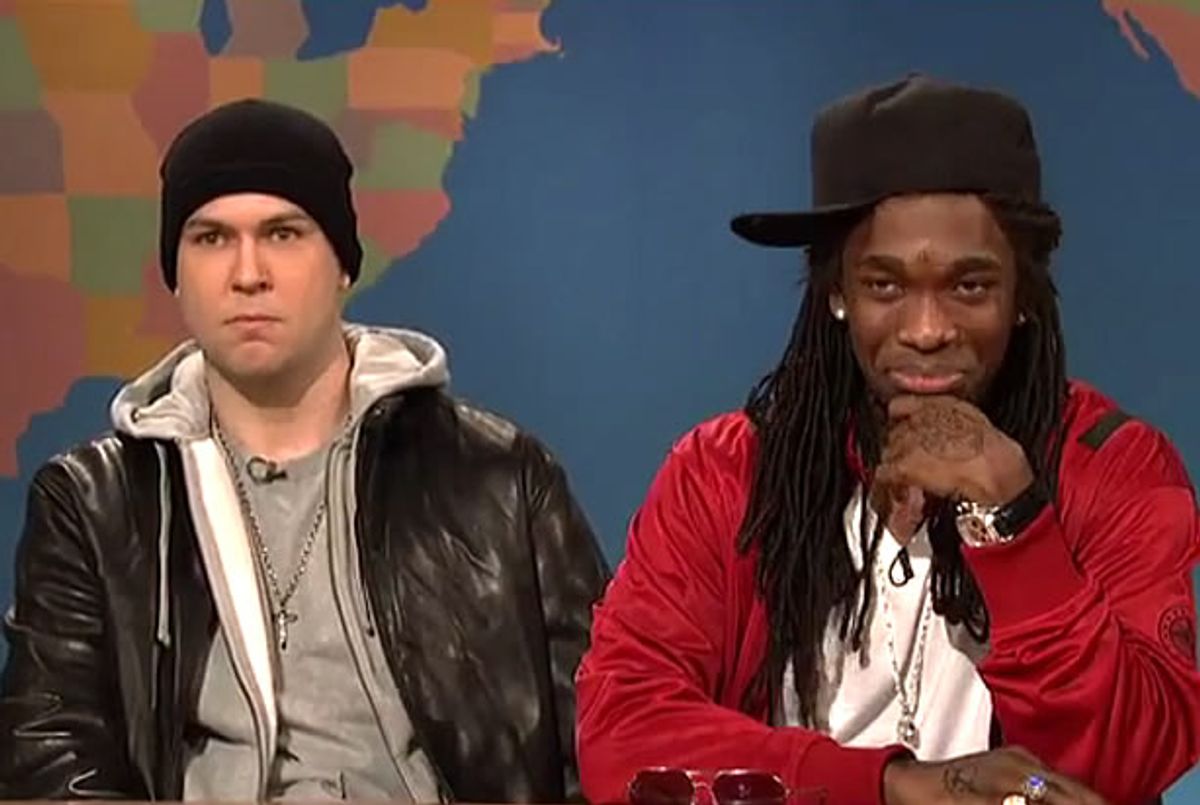 Saturday Night Live is losing its two most deft impersonators, as both Jay Pharoah and Taran Killam announced they will be leaving the series.

Pharoah in particular was a masterful impersonator who could cycle through characters at a breakneck pace:

Or focus on one and nail it:

He could even stay awake while pretending to be Ben Carson:

Killam was featured in the '70s cop parody "Blazer," in which he played a racist cop who, sadly, doesn't seem that parodic anymore:

But he, too, was mostly revered for his impersonations, and next season will miss his impeccable Donald Trump:

And Eminem (which also featured Pharoah as Lil Wayne):

Or even his Matthew McConaughey, which was so spot even McConaughey's "True Detective" co-star Woody Harrelson couldn't keep a straight face: