From Springsteen to Collins, this fall's music memoirs are dominated by dudes. Here's a wish list for next round 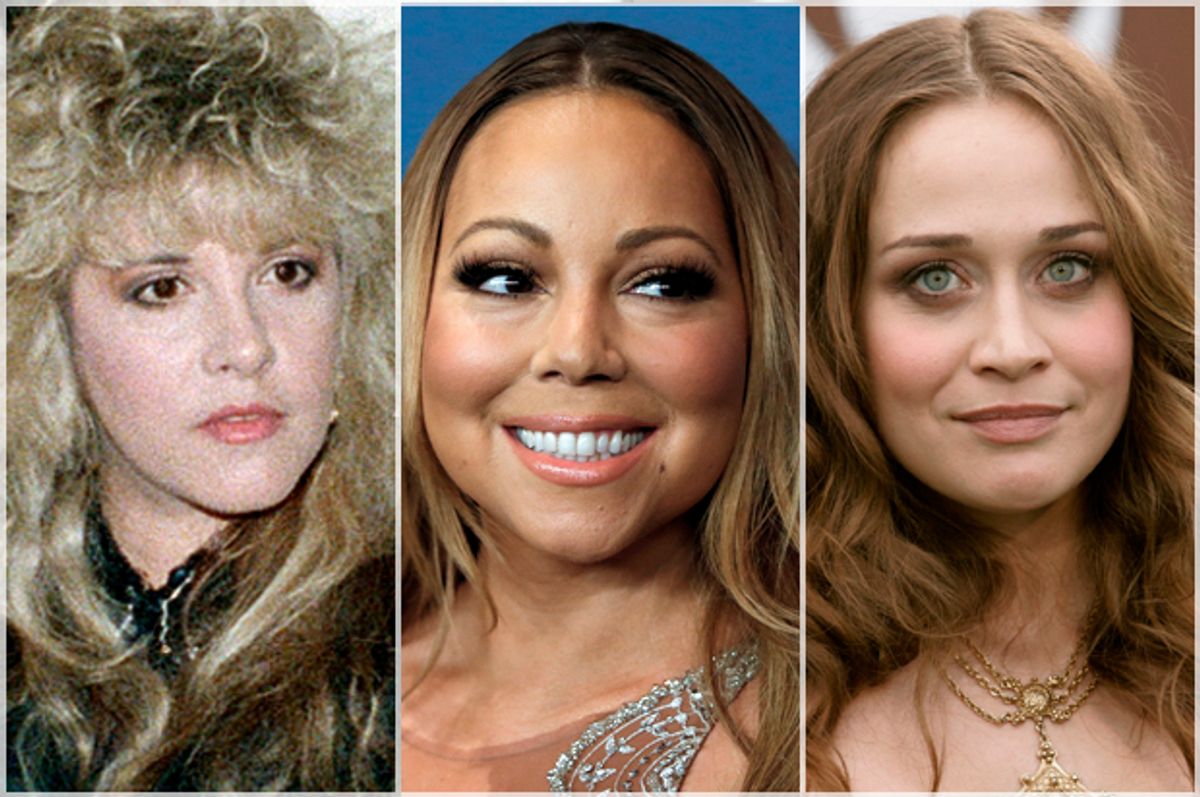 Classic rock is especially well-represented this autumn, starting with Bruce Springsteen's long-gestating "Born To Run," Phil Collins' "Not Dead Yet" and a pair of dueling Beach Boys memoirs: Mike Love's "Good Vibrations: My Life as a Beach Boy" and then, a month later, Brian Wilson's "I Am Brian Wilson." The Band's Robbie Robertson is also entering the fray with "Testimony," while Rush drummer Neil Peart has a third travelogue out in September. Fans of '80s alternative music are also in luck: Johnny Marr, the Cure's Lol Tolhurst, Spacemen 3/Spiritualized bassist Will Carruthers, and New Order's Peter Hook all have books due, as do electronic music/technology pioneer Thomas Dolby and Circle Jerks' Keith Morris. Crooner Tony Bennett, Earth Wind & Fire's Maurice White and Tool's Maynard James Keenan round out the major memoirs due just in time for the holidays.

That's a mighty strong list, which ensures my never-ending nightstand book stack will no doubt grow that much more precarious. Still, there are dozens more musicians with intriguing backstories and histories that are begging for the autobiography treatment. Some wish list memoirs seem like they will come to fruition: Early 2017 is apparently bringing an autobiography from Alanis Morissette, "Perpetual Becoming," while a recent New York Times piece casually mentioned that Barbra Streisand has been "researching a memoir." However, here are 13 more artists we'd love to see tell their life stories sooner rather than later.

In 2008, Amos and journalist Ann Powers teamed up for a thoughtful, insightful memoir called "Tori Amos: Piece By Piece." Since that book was published, the fiery pianist has dabbled in musicals and classical compositions, and spoken even more frankly about feminism and motherhood. A sequel delving into these topics would no doubt be smart and inspiring.

Fiona Apple was (and is) a hero to legions of music fans, who identify with her wise-beyond-her-years poetry and ability to be simultaneously tough and vulnerable. Although it's perhaps too early for Apple to pen her autobiography, there's no doubt her take on the music industry, career pressures and the creative process would be a must-read.

It's probably too soon for Erykah Badu to release a memoir as well—after all, the activist and musician is always charging ahead, not looking back. However, when the soulful hip-hop icon does decide to take stock of her life and music, it'll no doubt be pure poetry.

Although a book about her music appeared earlier this year, Blige's own story is just as enthralling. The Bronx native's resiliency in the face of a tough childhood, subsequent ascension to the "Queen of Hip-Hop Soul" and penchant for empowering music—not to mention chart success—make her an appealing candidate to tell her life story.

Carey's glamorous life and soulful performances have long made her an adored pop star and fashion icon. Plenty of people have tried to control the narrative around her over the years—but hearing the juicy gossip, unvarnished truth and personal triumphs in her own words would be a fabulous, glittery romp. A book would make a great tie-in for her upcoming docu-series "Mariah's World."

Dr. Dre's evolution from innovative SoCal rapper and producer to tech trend-setter and philanthropist has been interesting to watch from the outside, and "Straight Outta Compton" detailed his rise to fame with N.W.A. An insider memoir lacing together studio recollections and musical memories with lessons he's learned as an entrepreneur—and how he's dealt with his violent past—would be a perfect complement to the prevailing narrative.

A musical wunderkind who was the youngest female to ever write, produce and sing a chart-topping single—that would be "Foolish Beat"—Gibson has always been a frank, honest interviewee. Three-plus decades removed from her mall-pop days, a book delving into the sexism, ageism and discrimination she no doubt faced then—and how she's navigated growing into a successful adult artist—is a story begging to be told.

The Julie Ruin frontwoman is a no-holds-barred, take-no-shit conversationalist—whether she's interacting with crowds, doing interviews or making speeches—which immediately makes her the perfect candidate to write a memoir. Not only is she incisive when discussing her wildly inventive, powerful music and role as a feminist icon, but her life story full of twists and turns—from her "violent alcoholic" dad to her recent battle with Lyme disease—that would make for compelling reading.

Ms. Lauryn Hill made the news in 2013 for all the wrong reasons (e.g., a prison sentence for tax evasion). Still, her life has been somewhat of a mystery in the last two decades. Although she was a prominent part of the "What Happened, Miss Simone?" soundtrack and occasionally tours, her profile is nowhere near as high as it was in the '90s. A book filling in the blanks has the potential to be illuminating.

Speaking of career evolutions: Early hip-hop superstar LL Cool J has grown into a beloved multi-threat entertainer known as much for his acting prowess and stints hosting the Grammys as his music. A biography in which LL traces how he got here from there would no doubt be a good read, especially if it honed in on the early NYC rap and hip-hop communities.

The witchy icon no doubt has plenty of amazing stories up her shawl sleeve. Sadly, we may not hear these tales until much, much later. As she told Billboard in 2014, "loyalty to…people that I love" is stopping her from putting pen to paper. "I wouldn't be able to tell the whole truth," she says. "The world is not ready for my memoir, I guarantee you. All of the men I hung out with are on their third wives by now, and the wives are all under 30. If I were to write what really happened between 1972 and now, a lot of people would be very angry with me. It’ll happen some day, just not for a very long time."

Bonnie Raitt has had a long, interesting life: The Radcliffe-educated musician was raised Quaker and has spent her life surrounded by social and political activism—when she hasn't been collaborating with practically every big musical name out there. In other words, the renowned guitarist likely has a boatload of stories and narratives that will (hopefully) someday result in a memoir.

In 2011, Rodgers released a memoir, "Le Freak: An Upside Down Story of Family, Disco, and Destiny." However, in the years since, he's battled cancer into submission—a journey he chronicled on his riveting "Walking on Planet C" blog—nabbed a No. 1 hit and become an even more ubiquitous musical presence than he was in the '70s and '80s. A book compiling his online blogs, as well as ruminations on his recent career surge, would be fascinating.