About those "experts": Take a close look at the foreign policy insiders denouncing Trump 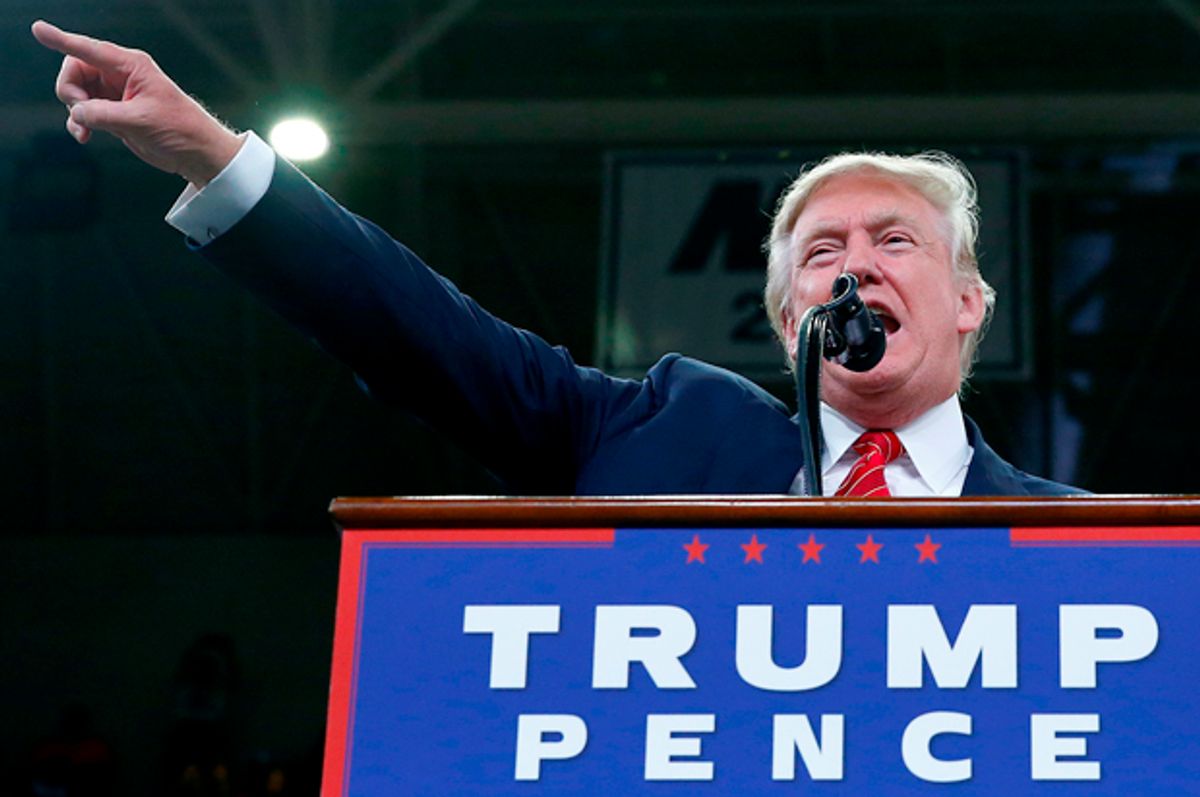 This latest open letter from 50 Republican “national security experts,” wherein Donald Trump is denounced as “dangerous” among many other things, is simply too much. One does not know whether to laugh or do the other thing, but I incline to the other thing as I mourn the slow death of American political discourse. All is reduced to totemic imagery. No position can be more complex than a tabloid headline. Feeling and its cousin, belief, banish all thought from public space.

Trump “weakens U.S. moral authority.” Trump “appears to lack basic knowledge about and belief in the U.S. Constitution, U.S. laws, and U.S. institutions.” Trump “has shown no interest in educating himself.” Trump “does not encourage conflicting views”—this last one of my favorites in the pile.

And then the caker: Trump “would be the most reckless president in American history.”

Look at the 50 signatories. These people served in the Nixon, Reagan, Bush I and Bush II administrations. They brought you the invasion of Grenada, Star Wars, the Iraq and Afghanistan wars, Guantánamo Bay, legalized torture, Abu Ghraib, “renditions,” “regime change,” secret courts, the National Security Agency’s indiscriminate spying. They gave us a world more disorderly and perilous than any readers of this column could possibly remember as worse. That these are the truly reckless among us cannot be debated.

Now let us listen as they lecture us on law, this nation’s founding principles and our moral authority—of which none whatsoever has survived them. Let us nod amen like Sunday churchgoers as they warn us that Trump does not understand “the democratic values on which U.S. foreign policy must be based.”

See what I mean? It is laugh or cry.

It is time we put a name on what is going on around us. “Hysteria” is a term commonly used to describe the anti-Communist 1950s. We can talk about “Cold War hysteria” now because that was long ago by American standards of forgetfulness and no one can be held responsible for the era’s paranoia and perversity. I would think many readers can only imagine what it means to describe a time in our history when hysteria ruled.

Imagine no further. As Arthur Miller reminded us in “The Crucible,” hysteria is a fixed trope in the American story. Lucky us, we live amid its latest iteration.

You have two kinds of hysterical people knocking on your door now.  We have just heard from the G.O.P. hysterics, and forget not: They first tried this stunt last March, when many of the same people, pretending to the same solemnity and gravitas, issued their first open letter opposing Trump. The second paragraph of this latest is one sentence: “None of us will vote for Donald Trump.” The primary intent, then, is to urge G.O.P. powerbrokers on Capitol Hill and elsewhere to split the party and start again.

Then you have the hysterics who populate our media. Anti–Trump hysteria is now rampant in the news reports and on the opinion pages. On any given day you can read that standing against Donald Trump is a matter of sheer sanity. He is evidence of a pathology in the American body politic. He is “as pure an American expression of Putinism as we are likely to see.”

The media’s hysteria, to state the obvious, is in behalf of Hillary Clinton’ candidacy. With the passionate conviction one must always worry about, the American press insists that our choice in November is the no-choice-but-Clinton choice. They assert this precisely because the choice is not so clear as it is supposed to be.

These two brands of hysteria meet just in front of us, for mainstream Republicans and mainstream Democrats share one abiding concern. It is not that American policy must reflect “democratic values” or “religious tolerance” or—this does make me laugh—“an independent judiciary,” as mentioned in the G.O.P. letter. They worry that the world order they have constructed will be disrupted by a figure who, for once, truly is an outsider. When right-wing “experts” say Trump is not “educating himself” or “considering conflicting views,” they mean he has not accepted their policy architecture. Clinton makes the same complaint in nearly the same terms.

This leaves us with one core question. Each of us has to decide between now and November what we think of the order we live within and the idea of disrupting it. The distinguishing feature of this political season, after all, is that presidential aspirants in both parties have placed this idea on the table. Are we not obliged to take a position?

Here are my criteria for reading the 2016 political season. They are three and are closely related:

One, foreign policy figures in this election as in no other since the Vietnam war, and this is right. The time has come to face two realities: (1) our policy cliques find perpetual war of use, and (2) the policies deployed to justify this state have become dangerously confrontational. To me this is our highest priority—partly as it concerns the fate of the earth and partly as everything else right-thinking people want to accomplish requires we destroy this pattern.

Two, we must at least begin the difficult work of decapitating the Frankenstein Washington began to build in 1947. If we do not reassert political control over the nexus of power since accreted in the military, the defense industries and the intelligence and national security bureaucracies, the precipitous decline that has us all in an unspoken state of collective anxiety will become inevitable.

Three is the key to the previous two. If most of us know the political process is too corrupted to work, many fewer look squarely at the implications of this truth. At least since the election of 2000—and emphatically since the Citizens United decision of 2010—our democratic institutions prove incapable of self-correction. How much more time are we going to waste pretending this is not so?

By these criteria the alternatives before us in November could not be grimmer. Clinton is insupportable by all three measures, given her proficiency in operating in the political process as it is, her co-dependent relations with the Pentagon, and certainly given her belligerent foreign policies.

Neither can one consider Trump as any kind of logical alternative. Even the thought of it is too far out in right field. There is far too much wrong with him than there is right. But here a qualifier: We must look at Trump and do the one thing we are incessantly urged not to do: We must cut out the hysterics and think about what he says. You do not have to vote for him to get something out of this exercise.

Democrats are right to attack Trump’s domestic platform — or most of it. But what is this if not routine animosity between the party of the wealthy and the party (nominally, once upon a time) of the working? No, Trump’s fatal flaw among the mainstreams in both parties is his position in the foreign sphere. He proposes to recognize the legitimate interests of others, notably Russians and Chinese, and negotiate shared concerns accordingly. Ask yourself: What do I think of this idea?

Preventing anyone from asking this question is what prompts the hysterics. This is why the G.O.P’s “experts” traffic in cartoon images: “He persistently compliments our adversaries,” they say—a ridiculous implication of some kind of treason. This is why Clintonians use obvious bits of sarcasm to cast Trump as an agent of Vladimir Putin.

These images are instruments of political control. The best we can do is understand this and think beyond them—think clearly, I mean, given we are about to drown in a sea of political murk.