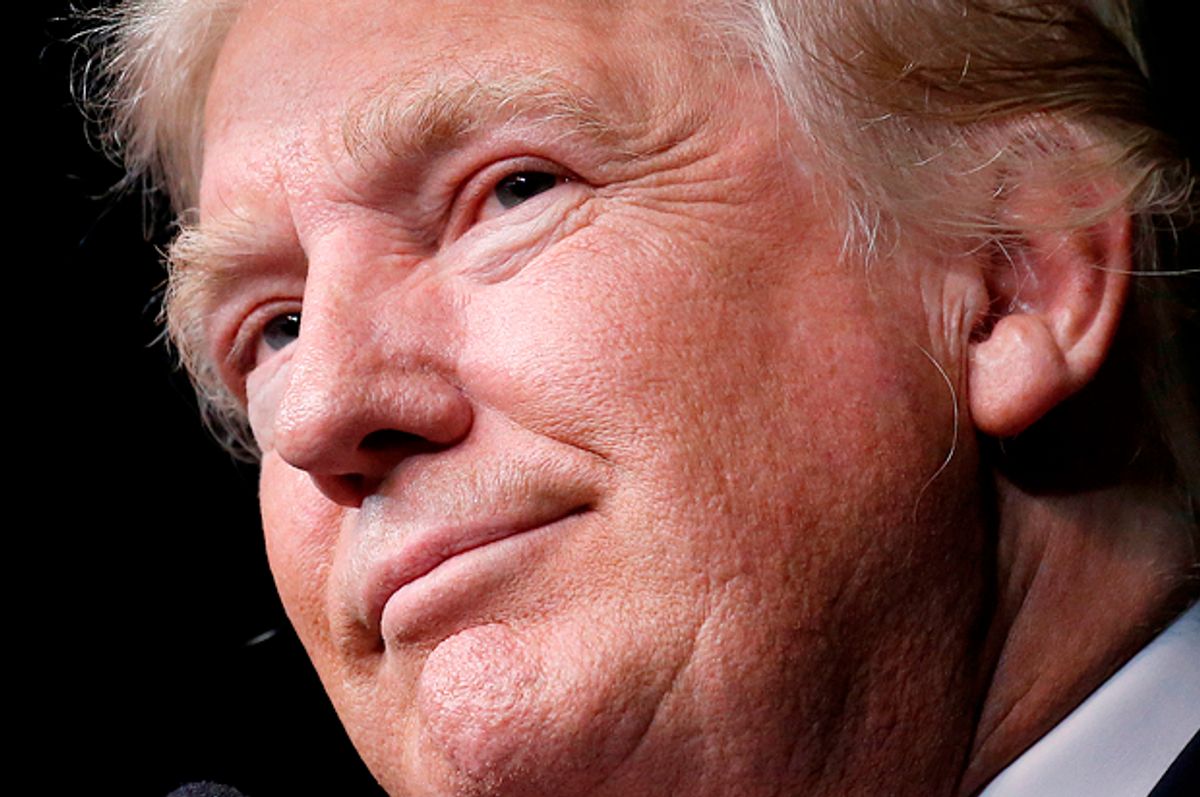 The Daily Beast ran an interesting story this week about Republican presidential nominee Donald Trump and his predilection for the Economic Policy Institute (EPI), an economic think tank and policy shop in Washington, DC. “[Trump] cites them a lot,” writes the Beast’s Betsy Woodruff. “A perusal of his emailed press statements from the last two months shows he name-checked the group more than a dozen times.” The rub here is that EPI is no one’s idea of a Republican-friendly think tank – it’s a go-to source for progressive policy research, and it advocates for many things conservatives hate: increased government spending, a higher minimum wage, and a more progressive tax code. For a Republican presidential nominee to cite them so enthusiastically is… odd.

But given Trump’s love for EPI, I figured I’d give them a call to see what they think of the latest policy proposal to emerge from the Trump campaign: the child care tax deduction Trump mentioned in his big speech on the economy this week.

The verdict was not positive.

“We’ve definitely got a massive child care affordability problem, but it’s low- and middle-income families that need help the most,” explains EPI budget analyst Hunter Blair, “and Trump’s plan is just incredibly poorly targeted.” The problem with Trump’s policy is that he’s proposing a tax deduction, rather than a tax credit. Put simply, Trump wants to allow parents to subtract their child care expenses from their total taxable income, which they would then use to calculate their overall tax burden. Doing it that way doesn’t make any sense, given that nearly half of American households already have no federal income tax burden, either because they don’t have taxable income or they receive other tax breaks that zero-out their liability. So Trump’s policy won’t do a damn thing for families who actually need the most help covering childcare costs – they’ll neither see their costs recouped nor will they be free to spend more money on better care.

The wealthy, however, will stand to benefit handsomely under Trump’s proposal, and the wealthier you are (i.e., the more taxable income you’re on the hook for) the bigger the benefit. So if the idea behind Trump’s proposal is to, as he put it in his speech, provide “much-needed relief to American families,” then the policy he’s put forward is completely backwards and specifically targets the people who need the least amount of relief. “Because it’s a tax deduction, it’s going to redistribute income upwards,” says Blair.

The backwardness of the policy is no small consideration, given how disproportionate the impacts of rising child care costs are for families at different income levels. “In 2011, for instance, families with employed mothers whose monthly income was $4,500 or more paid an average of $163 a week for child care, representing 6.7% of their family income,” a 2014 Pew Research Center report noted. “Families with monthly incomes of less than $1,500 paid much less – $97 a week on average — but that represented 39.6% of their family income.”

All of this forces one to wonder where Trump actually gets his ideas from, and what his actual policy goals are (if any). This tax deduction proposal isn’t finding a warm reception anywhere, left or right. “The child care deduction is a horrible idea,” former Mitt Romney policy aide Lanhee Chen told Politico. The proposal “is great for folks who have lots of taxable income. Like, you know, Ivanka Trump,” writes the American Enterprise Institute’s Jim Pethokoukis.

Wherever this child care tax deduction idea comes from, it seems pretty clear that Trump cares less about the policy impact than he does the politics of the thing. His proposal sounds “populist” and is clearly meant to resonate with cash-strapped low-income families, even though it is designed to benefit the wealthy almost exclusively.