From fringe to mainstream: Conspiracies, baseless accusations and lunacy is the new normal for Republicans 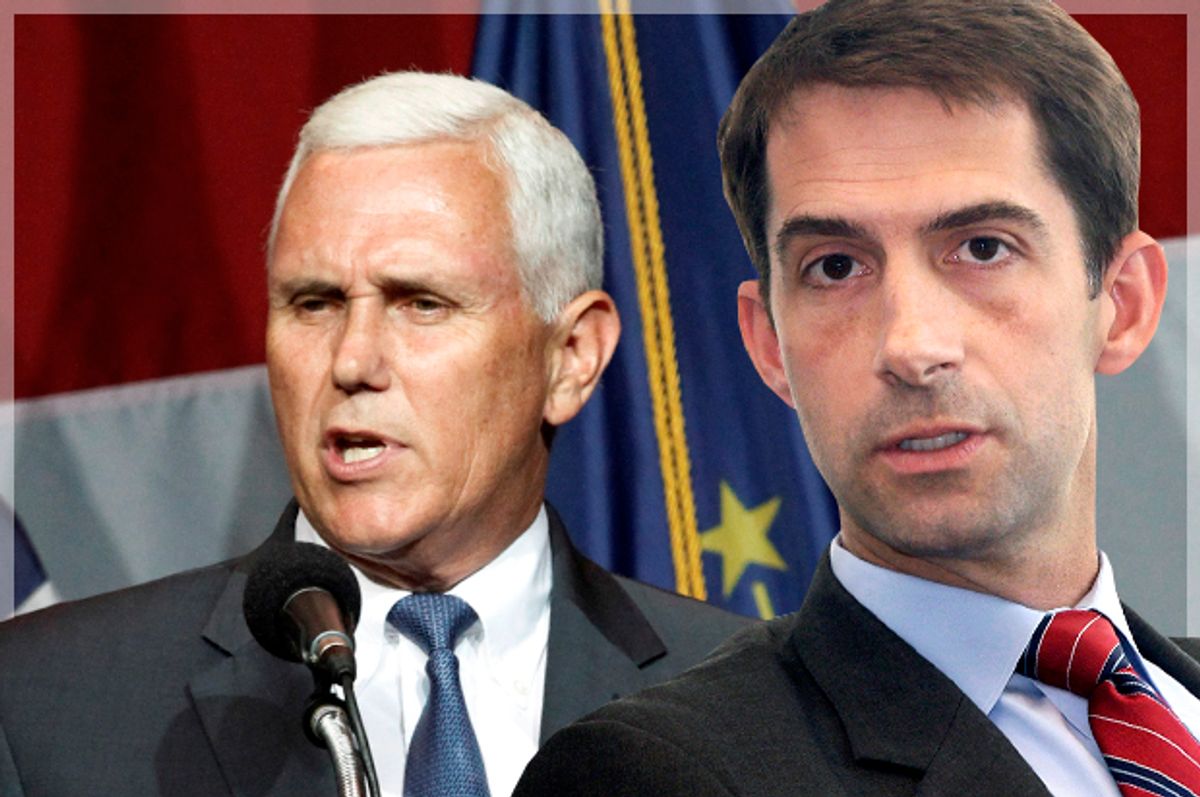 There has been a lot of speculation about what will happen to the Republican Party if Donald Trump, as seems more and more likely, gets crushed in the November election. The party has split into factions at odds with each other and seemingly adrift. Some Republicans are fleeing this orange-hulled Titanic of a presidential campaign as fast as they can launch the lifeboats. The fractures this election have created and exacerbated may not be healable.

The words “Whig Party” have been spoken many times in relation to the current GOP, with the implication that the latter will suffer the fate of the former and disappear, done in by the weight of its recent history of prizing affect over governing philosophy – what Josh Marshall calls its “nonsense debt” – and its own inability to adapt to a changing country. In its place, theoretically, a new party will rise to replace it, much like the Republican Party replaced the Whigs just before the Civil War.

It is equally likely that the Republican Party will stay intact after November, that it will still have enough of a power base in the House of Representatives and in the states to convince itself to limp along and rebuild. But it likely can’t be viable until it purges itself of all the racism and toxic waste it has spent the last 40-plus years cultivating. And as the confluence of several stories this week reminds us, disentangling a functional political party from the rot that has infected it at all levels is likely an impossible task.

Cernovich is so terrible that the producers of “Red Eye” felt compelled afterwards to say that they had made a mistake in booking him. But that doesn’t answer the question of how they found him in the first place. It’s simple, really: He swims in the same sewers as the rest of the eager up-and-coming right-wingers at Fox News.

Khan’s appearance led to his smearing in the right-wing media as some sort of Muslim Brotherhood sleeper agent who advocates for jihad and wants to see the United States brought under sharia law. The sources of these smears do not have a single fact to support them and even some Republicans are appalled at Hannity for spending an episode of his show giving them a voice.

After receiving this primetime speaking slot, Smith is now being represented in her lawsuit by Larry Klayman, a prominent birther who has made a career out of hounding Democratic presidents and other party figures with nuisance lawsuits in between marching on the White House to demand Barack Obama resign over his alleged “eligibility fraud.” (Translation: the president wouldn’t show his birth certificate.)

What these stories all have in common is that they are premised on complete and unadulterated bullshit, the kind of stuff that used to be limited to shortwave radio transmissions beamed out from trailers in the Nevada desert. Now they are the mainstream of the Republican Party.

But this is the problem with the right wing and the Republicans these days. The GOP has no discernment, no firewalls to insulate itself from its crazies and the conspiracies and dark fantasia they spin out. There is no distinction to be made between its presidential candidate, a senator who has been a sleeper darling of the Republican establishment (Bill Kirstol was Cotton’s first mentor when he arrived in Washington), and the lunatics voting for it in this election.

It is hard to see how the GOP splits, forming one right-ish party while the far-right kooks slip further out onto the fringe. The kooks are the party now. Separating them out to become a functional party capable of participating in governance may not be possible.