Following Trump's dangerously reckless remarks, the NRA is spending millions backing him up 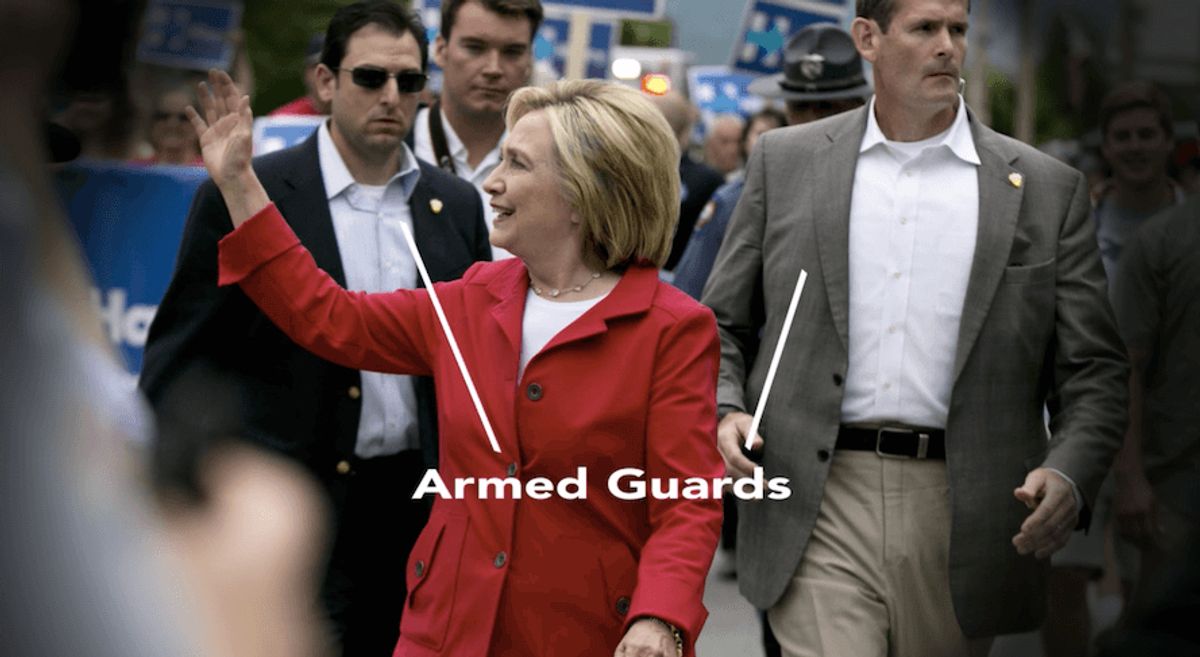 Following perhaps his most swiftly and thoroughly condemned comments, the National Rifle Association is rushing to Donald Trump's defense with a new ad attacking rival Hillary Clinton as an elitist gun-grabber.

“Hillary wants to abolish, essentially abolish, the Second Amendment,” Trump said at a rally in North Carolina Tuesday afternoon. “By the way, and if she gets to pick her judges, nothing you can do, folks. Although the Second Amendment people, maybe there is, I don’t know. But I’ll tell you what, that will be a horrible day.”

Wednesday morning, the NRA rushed to Trump's rescue as backlash came from all corners, launching the biggest single ad buy for Trump of this entire campaign cycle --$3 million. As Politico points out, no other major political group is even spending money on the Republican nominee.

“She’s one of the wealthiest women in politics. Combined income: 30 million dollars,” the ad’s narrator states. “Tours the world on private jets. Protected by armed guards for thirty years. But she doesn’t believe in your right to keep a gun at home for self-defense.”

"An out-of-touch hypocrite, she’d leave you defenseless,” the 30-second ad, which will air on cable in battleground states, concludes.

“If elected Hillary Clinton will appoint an-anti-gun Supreme Court Justice to overturn our fundamental right to self-protection,” Chris Cox, chairman of NRA's Political Victory Fund, told USA TODAY. “That is what this election is about: protecting our individual right to keep a firearm in our home for protection and making sure that there isn't one set of rules for political elites like Hillary Clinton and a different set for the rest of us.”

In another recently released ad, Cox bashes Clinton for her receiving protection from the secret service.

“For 30 years she hasn’t taken a walk, a nap, or a bathroom break without a good guy there with a gun to protect her,” Cox says of Clinton's secret service detail in the ad titled "The Hillary Standard."