Ready for a Twitter- and selfie-enabled lunar base in 10 to 15 years? Moon Express's co-founder on why the first private moon shot is only the beginning 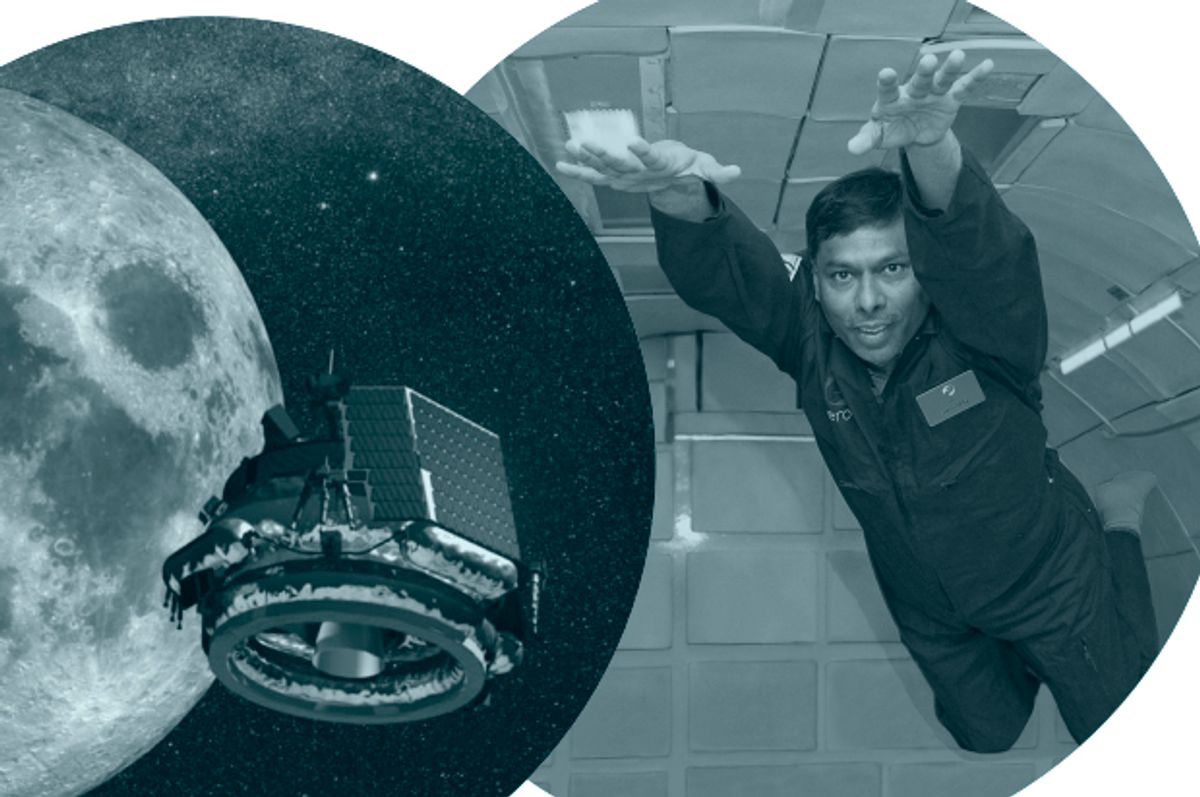 Billionaire tech mogul Elon Musk, the man behind rocket-maker SpaceX and Tesla Motors, has spent most of his life dreaming about sending humans to Mars. But if you speak to Naveen Jain, sending people to settle the Red Planet is putting the cart before the horse – or the rocket before the payload. Jain, co-founder of Moon Express, has his eye on a prize that that is almost within reach. The 56-year-old Indian-born engineer and Silicon Valley entrepreneur's six-year-old company became the first private concern to win U.S. regulatory approval for a moon mission last week. And that's just the start: Jain envisions not only a permanent presence on earth’s closest neighbor but also an economically active settlement populated by engineers, robotic builders and miners, tourists and transporters. Forty seven years after Apollo XI, this may still sound like science fiction, but establishing a colony on the moon is far more feasible with existing technology than, say, growing crops on Mars. “We envision the lunar base to be ready for humanity in the next ten to 15 years,” says Jain.

First things first, however. Moon Express  is one of 16 teams across the world (along with Barney Pell, a Cambridge-educated computer scientist, and Bob Richards, an aerospace engineer and former assistant to the late cosmologist Carl Sagan) vying for the Google’s Lunar XPrize, worth up to $25 million to any privately funded venture that sends a rover to the moon by the end of next year. The winners will be the first team to land a rover, drive it 500 meters across the lunar surface, and transmit high-definition video and stills back to earth. Thus far only the U.S., Russian and Chinese governments have ever launched successful moon shots, so whichever private-sector party wins will cement it place in the history of space exploration.

Jain spoke with Salon about his prospects for winning the prize, the realities of for-profit lunar colonization and the advantages of being a "Lunatic."

Moon Express and 15 other teams have until the end of next year to send a rover to the moon. What are you doing today to win this prize?

We are working on finishing the software, continuing testing the propulsion system and planning for the mission. We have no doubt that we will win the prize, but we didn’t start the company to take advantage of the significant business opportunity. To rephrase John F Kennedy, “We chose to go to the moon not because it’s easy but because it’s a good business.”

Looking beyond the XPrize mission, you’ve said your second mission to the moon would be round-trip. Besides sending billionaires on lunar vacations, what are some business applications of regular round-trip earth-to-moon travel?

The moon has quadrillions [of dollars] worth of natural resources, including platinum grade materials, rare-earth elements and Helium 3. Additionally, water on the moon is really the “oil” for the space economy, which can provide us with the rocket fuel for in-earth orbit and lunar orbit for deep-space exploration. We plan to use lunar resources “in situ” to allow humanity the ability learn to live off spaceship earth. The moon is the best place to create a habitat before going to the Mars. After all, it’s better to be a “Lunatic” three days away from earth instead of a “Martian” six months away from any emergency rescue.

You’ve said lunar missions now cost about $10 million when they used to cost $1 billion, what have been the most significant factors in lowering the cost of space travel?

Exponential technology is what’s making the revolution possible — 3-D printed rockets and cheap, fast and small sensors, which are currently being used in smartphones and autonomous cars, are some of the reasons for these lower costs.

This first lunar base would presumably resemble what we see in the Antarctic: a series of living and research modules housing scientists focused on specific projects. Beyond that, what do you envision?

We should initially be able to use the moon’s lava tubes to get protection from radiation, but we will focus on using regolith to create 3-D printed habitats on the moon to create cities with complete infrastructure, including full communication with earth. After all, everyone has to be able to share selfies and Tweet about their experience on the moon.