The Olympian struggle: How do Olympic athletes pay the electric bill? 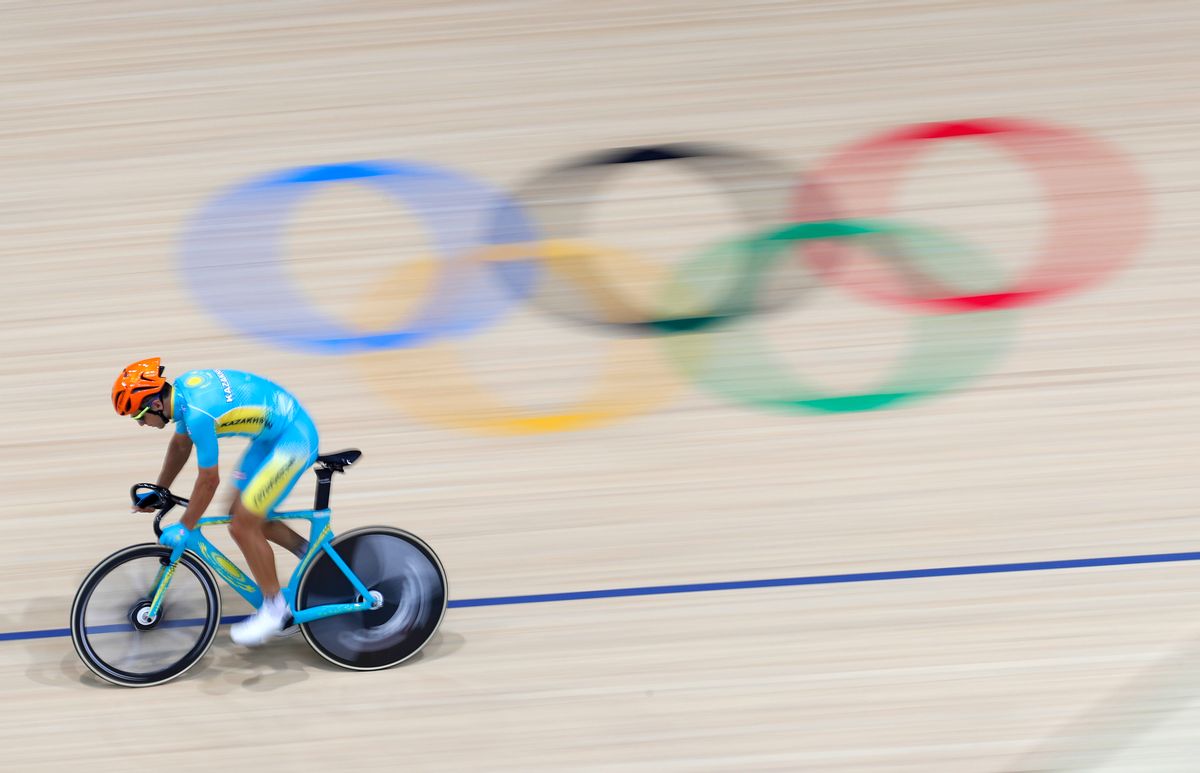 A member of the Kazakhstan men's track cycling team rounds the track during a training session inside the Rio Olympic Velodrome during the 2016 Olympic Games in Rio de Janeiro, Brazil, Tuesday, Aug. 9, 2016. (AP Photo/Patrick Semansky) (AP)
--

Last week, while sitting in traffic, I noticed a weathered bumper sticker with a little acoustic guitar on it that said: “Real musicians have day jobs.”

I presume most of us do have real day jobs, but as the Rio Olympic Games begin, for some reason — maybe because I’m an ex-Olympic shooter — I wondered about the hundreds of young women and men who have tried (with many failing) to represent the United States in the 2016 Rio Olympics.

Real musicians and Olympians seem to have a lot in common. They have ambition and enthusiasm for their craft. But like musicians, these talented young people have to pay their electric bills, too. How do they support themselves and their families, all while having to diligently train, often several hours a day, over the course of years? How did I pull it off?

The haves and haves nots

Many might assume that since athletes are at the pinnacles of their respective sports, they’re all able to live comfortably, either from endorsements or competing professionally. After all, Olympic swimmer Michael Phelps' estimated net worth is about $55,000,000.

But most who do make it to Rio receive very little funding, and most don’t make a lot of money off their sport outside of the Olympics, either. For example, two-time Olympic javelin thrower Cyrus Hostetler recently told The Washington Post that the most he’s ever earned in a year is $3,000.

Sure, there are many celebrity athletes who are professionals, have corporate endorsements and have their airbrushed faces on a Wheaties box. NBA stars like Kevin Durant and Jimmy Butler will take a hiatus from their NBA training camps, compete in the Olympic Games and then return to a life of material comfort. But these folks are few and far between.

The average U.S. Olympian simply does not live in the highest level of the financial stratosphere. According to the Track and Field Athletic Association, there’s a “steep pyramid of income opportunities” for track and field athletes, with only a “select few” able to earn a very good living. Fifty percent of track athletes who rank in the top 10 in the United States in their event earn less than $15,000 annually from the sport.

Unlike many other countries, the United States federal government doesn’t fund Olympic programs, though some athletes get special funding from their national governing bodies. For example, USA Swimming reportedly provides approximately $3,000 to national team members of its top 16 ranked athletes. But other aspiring athletes are actually unemployed and need to be supported by their families — and some families have even gone bankrupt trying to support their son’s or daughter’s Olympic dreams. Leading up to the 2012 Games in London, US News reported that gymnast Gabby Douglas's mother had filed for bankruptcy, in part due to “the high cost of her daughter’s training, which involved living away from home for two years.”

A number of aspiring Olympians — like decathlete Jeremy Taiwo and swimmer Chuck Katis — have resorted to the crowdfunding website GoFundMe to help finance their training and various travel costs.

Scraping by to chase a dream

In reality, countless hopefuls and current Olympians hold down real jobs working all shifts. You name it, they do it: waiter, teacher, coach, construction worker, public speaker, janitor and many other jobs. For example, swimmer Amanda Beard has worked as a model and as a public speaker to earn a living.

Many are undergraduate and graduate students who train at their universities. Some serve in the military. Several fortunate athletes live and train at regional Olympic training centers like those at Colorado Springs, Chula Vista and Lake Placid.

The U.S. Olympic Committee has created athlete employment programs that offer some support and employment opportunities. For example, the Team USA Athlete Career and Education Program (ACE) exists to link aspiring athletes with organizations like Coca-Cola and Dick’s Sporting Goods, among others, that provide full- and part-time employment.

In my case, I recall preparing over two Olympic quadrennials to get ready for the boycotted 1980 Moscow Games (a team I did not make) and the 1984 Los Angeles Games (which I did make and medal) as a shooter. It was not a financially comfortable time in my life.

I supported myself with a mix of funding from the G.I. Bill, a graduate assistantship teaching physical education classes and work as a shooting coach. I also served part-time as a member of the U.S. Army Reserves. All told, from working three jobs, I earned $500 a month (around $1,500 today), plus the cost of tuition.

In fact, I just received a Social Security statement of earned income during those eight years. It doesn’t reflect the wages of a rich man during my Olympic quest — and even so I was probably one of the lucky ones. Many more fail in the dream to make an Olympic team than those who actually get to walk behind the flag in the opening ceremonies.

Chasing the Olympic dream can be exhausting. It’s not a straight path. There are skilled athletes who had to drop out of their chase for a medal because of finances.

So when you watch the Olympics, consider the personal stories of the 2016 U.S. Olympians who might be making less than $12,000 a year.

I can tell you from personal experience it’s not easy. But I can also tell you it can be quite rewarding.

Edward Etzel is a professor of Sport and Exercise Psychology at West Virginia University.