Trump refuses to walk back his accusation Obama is "the founder of ISIS": "He was the most valuable player" 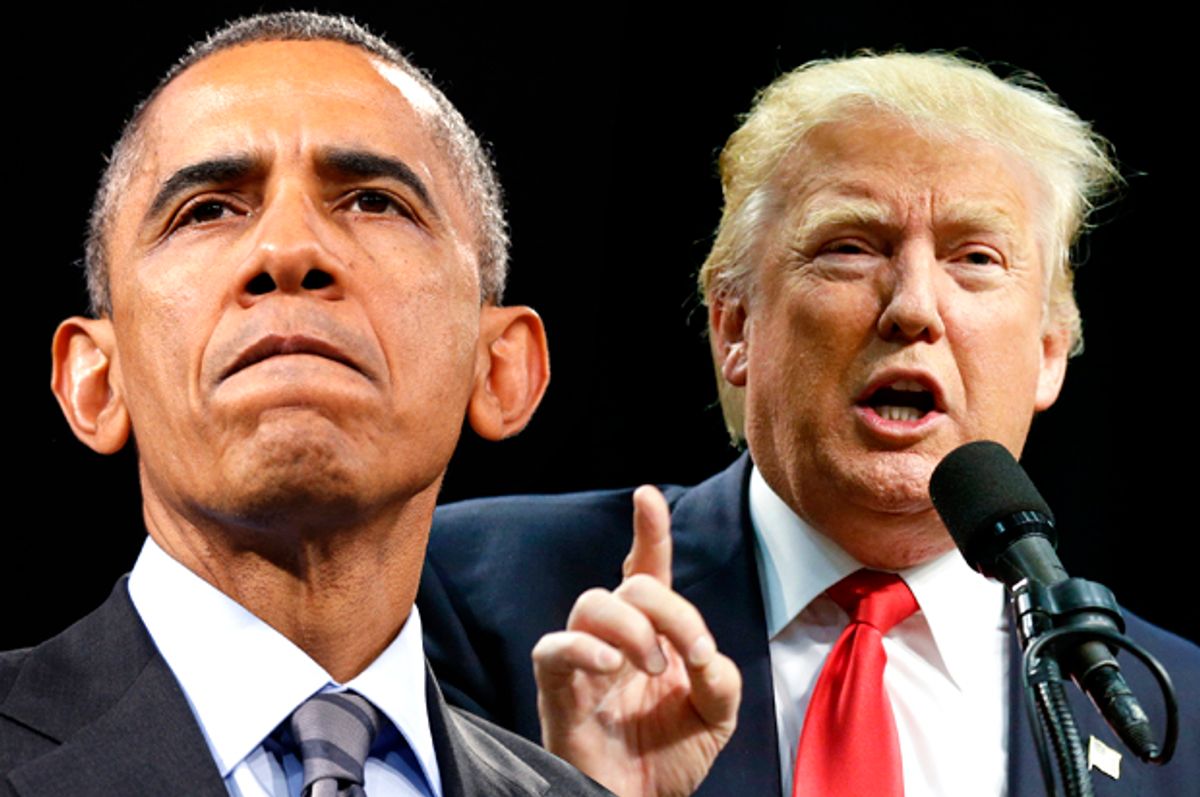 Now that Donald Trump has definitively made clear that no one should expect any so-called "presidential pivot," there shouldn't be anybody in the media who expects an ounce of regret to ever be uttered by the demagogue following any of his outrageous statements.

"Last night, you said the President was the founder of ISIS. I know what you meant. You meant that he created the vacuum, he lost the peace," conservative talk radio host Hugh Hewitt said to Trump Thursday morning, attempting his best clean up of Trump's pointed accusation against Obama Wednesday evening:

"Is there something wrong with saying that? Why? Are people complaining that I said he was the founder of ISIS?" Trump asked incredulously the next morning, facing his second straight day of national controversy after publicly swearing off any presidential pivot.

Appearing on CNBC's "Squawkbox" Thursday morning, Trump doubled down on his comments after being pressed on whether he felt accusing the U.S. President of creating a terrorist organization is "appropriate."

Later on Hewitt's show, Trump repeatedly rejected the friendly host's off-ramps to a more nuanced and policy-based argument linking Obama to the creation of ISIS (however, flawed).

"I know what you meant. You meant that he created the vacuum, he lost the peace," Hewitt attempted to guide Trump.

"No, I meant he’s the founder of ISIS. I do," Trump stated flatly, standing firm.

"But he’s not sympathetic to them. He hates them. He’s trying to kill them," a shocked Hewitt said, left defending the President.

"I don’t care. He was the founder," Trump insisted.

"They screwed everything up," Hewitt allowed, "But by using the term founder, they’re hitting with you on this again."

"No, it’s no mistake," Trump refused. "Everyone’s liking it. I think they’re liking it," he assured the host.

"I give him the most valuable player award. And I give it to him, and I give it to, I gave the co-founder to Hillary. I don’t know if you heard that," he added, repeating a line he has been saying since January.