“I would say they could be tried there, that would be fine,” Trump said. Under current federal law, that's illegal 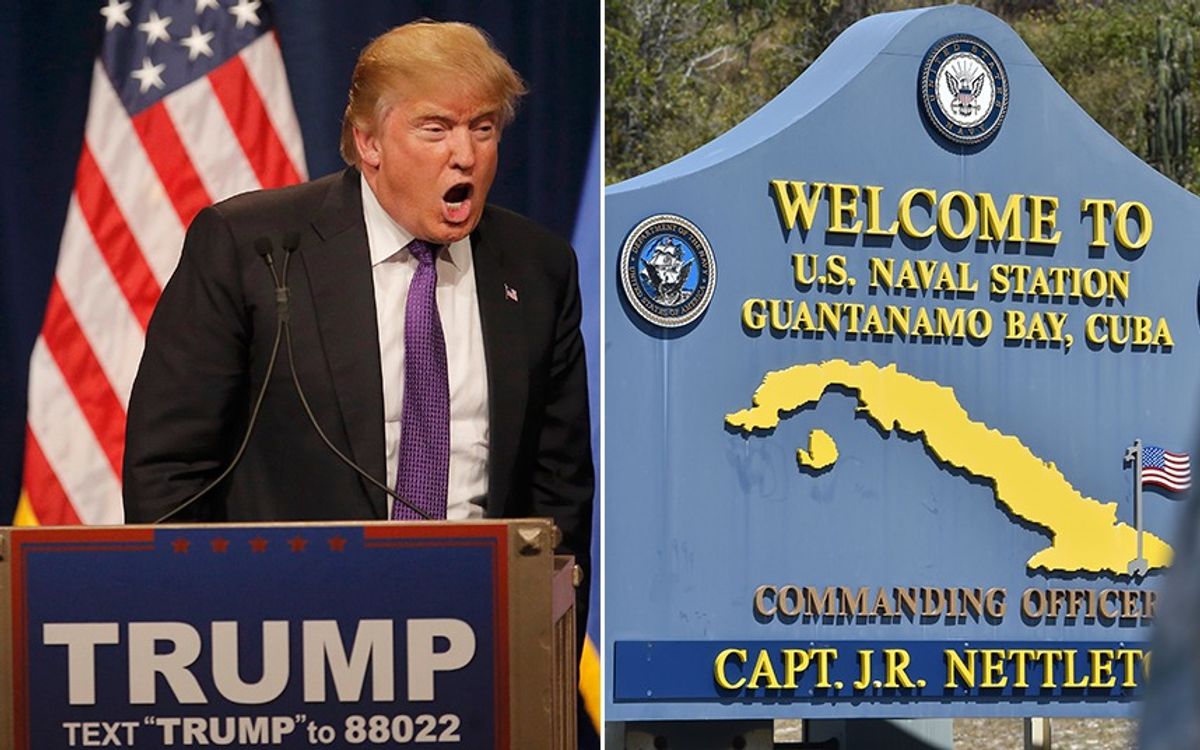 When President Obama recently expressed regret at failing to shut down the detention centers at Guantanamo Bay, Cuba, saying "I don't wan't to leave this to the next president," Donald Trump was quick to rebuff the endeavor.

Trump then suggested that the Cuban government take over the facility and reimburse the US for "paying rent."

"Maybe in our deal with Cuba, we get them to take it over and reimburse us, because we're probably paying rent. We're going to keep it open, but we're going to get the cost down, because that's ridiculous."

As Washington Post pointed out at the time, however, Cuba leased the location to the United States in 1903, but after Fidel Castro took power, the Communist government of Cuba accepted the annual $4,085 payment just once.

During a Thursday campaign stop in southern Florida, Trump, now the Republican presidential nominee, was asked to elaborate on his position regarding the U.S.'s continued use of the dentition facilities.

“Would you try to get the military commissions — the trial court there — to try U.S. citizens?” a reporter from the Miami Herald asked Trump Thursday.

Under current federal law it's illegal to try US citizens at military commissions.

“I would say they could be tried there, that would be fine,” Trump said in a brief interview ahead of his speech to home builders in Miami Beach.

Such a change, of course, would require an act of Congress, as The Herald noted.

"I will tell you that as far as Guantanamo is concerned I want to make sure, 100 percent sure, that if we're going to release people, number one they're going to be people that can be released and it's going to be safe to release them and there are plenty of bad ones out there and I'd use it for that," Trump continued.

"I want to make sure that if we have radical Islamic terrorists, we have a very safe place to keep 'em and we have a word, those are words our president won't even issue," he said. "He's allowing people to get out that are terrible people. He's allowing a lot of people out of Guantanamo that should not be released."