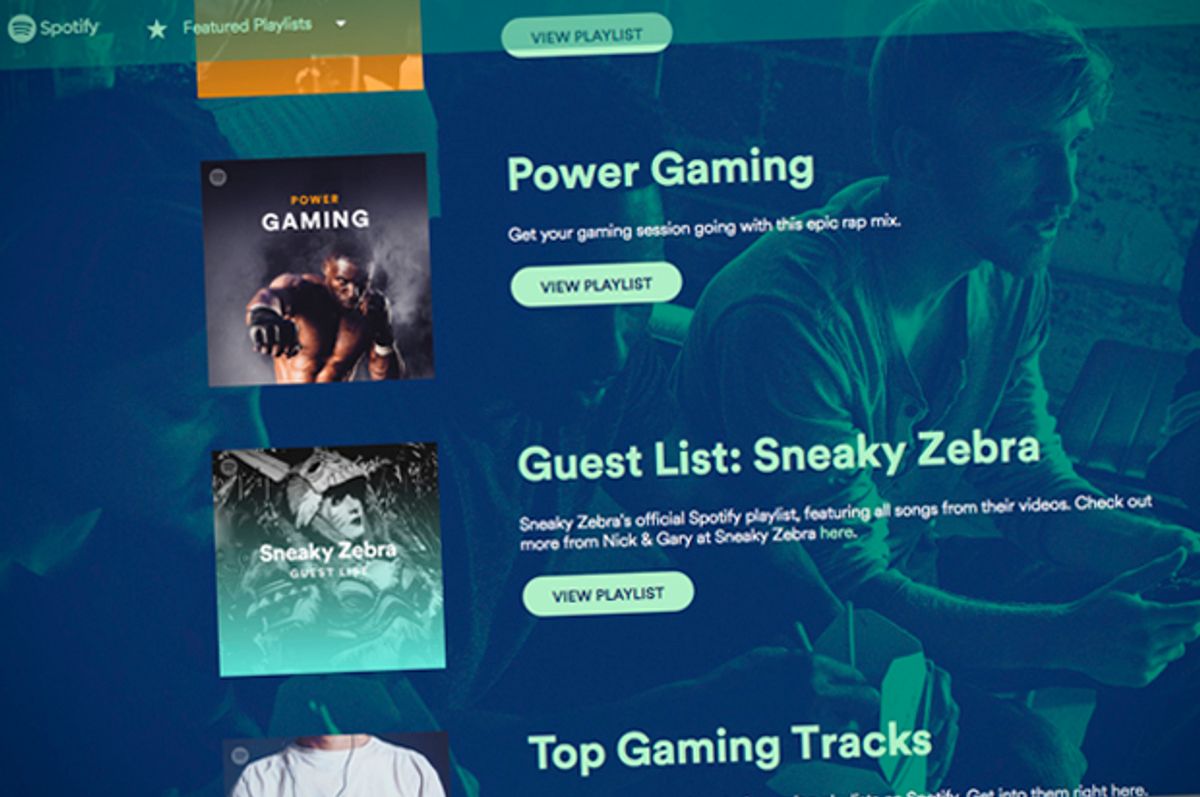 Have you ever played Final Fantasy and wished you could feel more like Cloud Strife in everyday life? Well, Spotify wants to help you out with that — at least on an auditory level. The streaming music service just announced a brand new gaming portal, where original video game soundtracks will be featured alongside curated playlists with titles like "Power Gaming" and "Retrowave."

The range of music available is pretty impressive, with soundtracks from big name games like Grand Theft Auto, Halo, Call of Duty: Black Ops III, and even Madden NFL. The curated content will come from outlets like Mashable and Engadget, and enthusiast magazines like Polygon and Gamesbeat.

Gaming super fans can also contribute their personal favorite track lists, though so far those are a bit more hit or miss. The “Retro Gaming” playlist, for example, contains curious song choices like “...Baby, One More Time,” “Kiss from a Rose,” and, most inexplicably, Shaggy’s “It Wasn’t Me.” But hey, whatever gets you through Assassin’s Creed.

Spotify Gaming will feature range, everything from ‘80’s mono tunes (capitalizing on the current Reagan-era nostalgia craze) to newly released tracks. “Whether you’re jumping down tubes as an Italian plumber, battling hordes of evil enemies, or playing Barcelona at the Camp Nou, we got you covered with the perfect soundtrack,” the company boasts in its press release about the new portal. Spotify Gaming is available on all platforms, including Playstation, via the service's Browse feature.

Whatever your feelings about the intersection of music and gaming, the creative potential is great. Recently, UK drone artists 65Daysofstatic recorded a score for popular dystopian game No Man’s Land, unprompted by the gaming company or Spotify. So there’s every reason to believe Spotify Gaming could be something even non-gamers can get excited about.