Race, party politics and Trump: The theory that the billionaire is also destroying the Democratic Party is just bunk

No, Trump isn't sending white working class voters away from the Democratic Party to the GOP 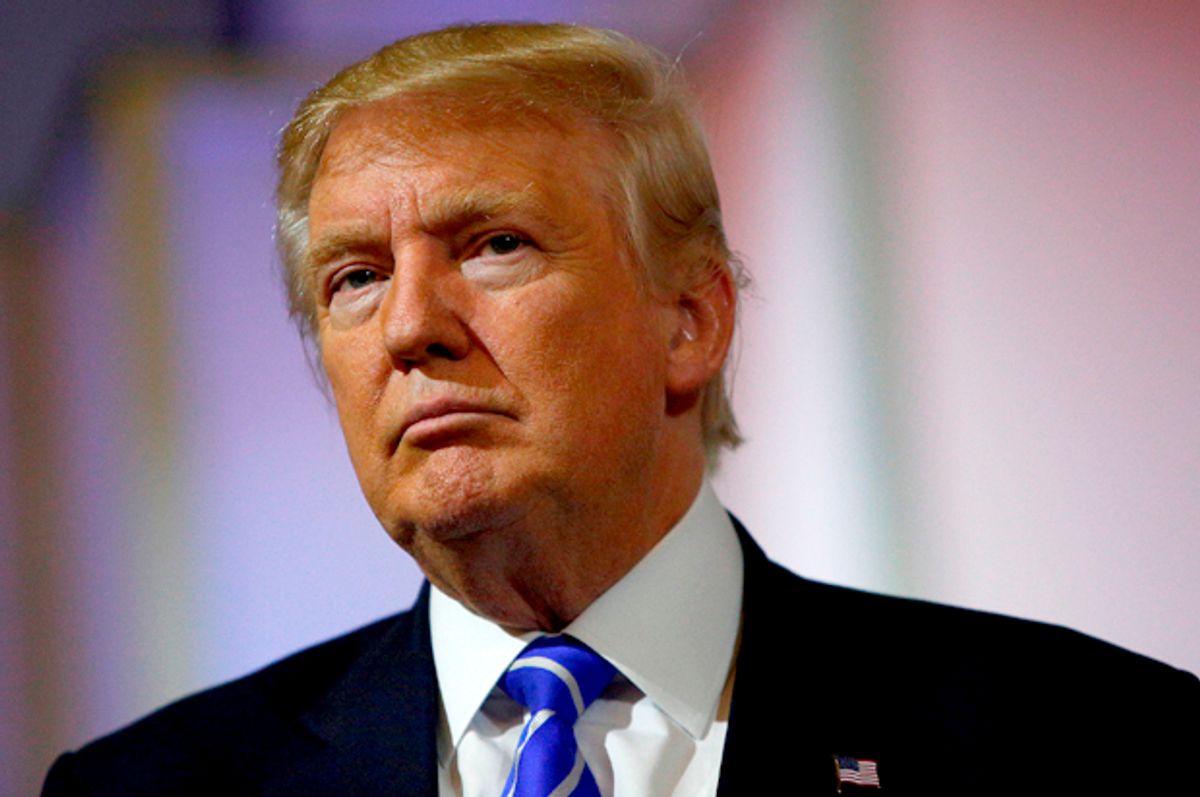 Ever since Ronald Reagan enticed many traditionally Democratic white working class voters over to the Republican Party political observers have been intensely interested in what makes this particular faction tick. Indeed, one might even call it an obsession.

There have been different ways of looking at this group over the years. The so-called Reagan Democrats were studied like a lost Amazonian tribe for decades, most famously by Democratic pollster Stan Greenberg who focused on one county in Michigan and found that these voters believed the Democratic party didn't care about their needs and instead were working on behalf of people of color, feminists, poor people and those who refused to work. They also believed that America was weak, wanted to bring back law and order and hated paying taxes, mostly because they believed they went to help all those other people the Democrats cared about more than them. Sound familiar?

In the 90s the concerns about this group were defined more as a regional problem and the loss of the Southern white rural male became more of a focus with much rending of garments over how to get them back into the fold. Acclaimed Democratic strategists such as Dave "Mudcat" Saunders explained the problem this way:

I don’t know how many northern Democrats who have tolerance for my kind...We’ve got an affection for big guns and fast cars. It’s a macho thing. I’ve not seen any attempt by the Democrats to get into that culture.”

But there was more to it than that, as Saunders explained in his colorful way:

The Democrats tried very, very hard to respect that culture but they were unwilling to "put illegal aliens in the bait can" to attract these disaffected white males. Neither were they willing to throw feminists, African Americans or any other member of their base over the side and all the NASCAR and bird hunting in the world couldn't make up for it. The more diverse the Democratic coalition became the less these folks wanted to be a part of it. (Saunders, by the way, was last heard from predicting that Donald Trump would beat Hillary Clinton "like a baby seal.")

In fact, in the last three presidential races the Democratic candidate lost among non-college educated whites by an average of 22 points. In 2012 it was a record 26 points. However, you'll notice that the Democratic candidate won those last two races pretty handily. Nonetheless, despite their winning record and a diverse coalition that looks like 2016 America, the Democrats are still seen to have a big "problem" because they are allegedly ignoring the plight of the white working class and failing to attract their votes. This season, with Trump electrifying this cohort with his calls for deporting Mexicans and banning Muslims, the genre is especially plentiful.

Just this week we had Thomas Edsall of The New York Times fretting that Trump was not only ruining the GOP but was also destroying the Democratic party by making it a party of urban and suburban dwelling high-earning college educated whites and working class people of color. This is a coalition that apparently cannot function because the higher earning whites are socially distant from the lower earning people of color and somehow this will result in "a base split between the well-to-do, many of whom seek to protect their enclaves against the interests, needs and classically American ambitions of the other half of the party — low-to-moderate income African-Americans and Hispanics and the truly poor." It remains a mystery how or why Democratic pursuit of the white working class would make a difference in this scenario but it's clear these voters are still considered the holy grail. It's almost as if a winning majority doesn't count unless these white men are among them.

The fact is that the white working class is shrinking in size and is expected to drop to 30 percent of the voting population and 44 percent of white voters. And according to the Economic Policy Institute, these trends are accelerating, with people of color projected to become the majority of working class citizens very soon:

The age cohort projected to make the earliest transition to majority-minority is the one that includes workers age 25 to 34. These are today’s 18- to 27-year-olds and for them, the projected transition year is 2021.

Throughout all these decades of stewing over the loss of the working man the Democrats have been the party that better addressed their economic interests. They have not been perfect by any means but there's no comparison to the trickle down, starve the government philosophy of the GOP. The Democrats have protected and expanded the safety net and supported unions, workplace safety, environmental regulation and legal protections for working people throughout the time that these same working people were refusing to vote for them. And they will continue to do so. It's fundamental to the party's ideology and the presence of this large group of working class people of color will ensure that they don't forget it no matter how many urban hipsters decide to become yuppies in the next few years.

And contrary to what Edsall says, Trump may have actually ended up having a salutary effect on the GOP.  The white working class that doesn't want to join any coalition that contains people of color and feminists has at least had its economic consciousness raised. They may just want their party to be a little less libertarian and a lot more populist going forward. And that may open up some areas in which the two parties can cooperate. If nothing else it might put to rest the deficit fetish of the past few years and allow some government spending on infrastructure to create jobs that would benefit working people of both parties.

White working class voters have been drifting to the GOP for decades. And Democrats cannot morally abandon their multi-cultural, female majority in order to attract them back if that the price they are expected to pay. You can't be all things to all people.  But the Democratic Party will worry about them and look out for their economic interests anyway because it's in the interest of everyone that the working class has jobs that pay a living wage and their children have education, health care and opportunity regardless of party, race, ethnicity, gender or religion. White working class Americans will get those same benefits --- whether they like it or not.