Trump's populist hogwash: His debunked trickle-down proposals would only serve folks in his tax bracket 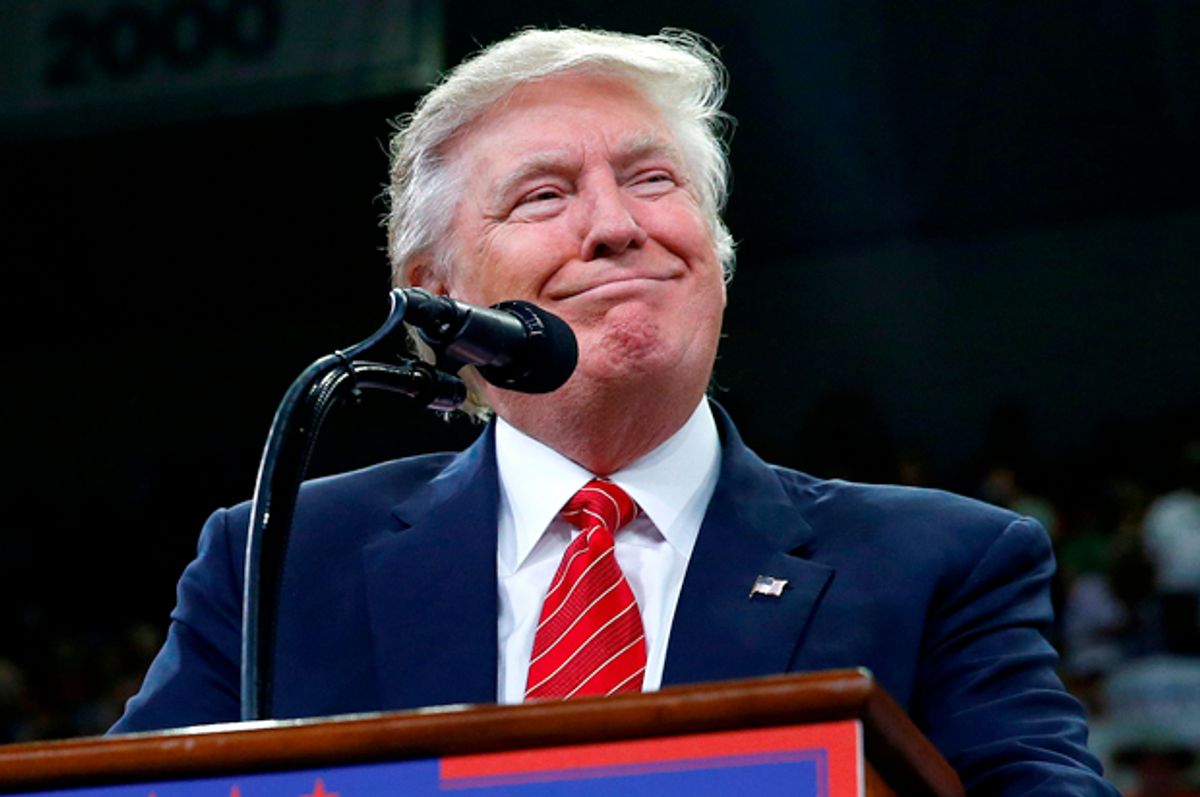 In an economic speech last Monday at the Detroit Economic Club, Republican presidential candidate Donald Trump promised to “make America great again” for those “who have the very least,” which he would accomplish by implementing what he calls “America First policy” (i.e. a blend of xenophobic nationalism and supply-side economics). According to the billionaire New Yorker, the policies he laid out (which are based largely on what George H.W. Bush once called “voodoo economics”) would bring back jobs and prosperity to American cities like Detroit, a former industrial powerhouse that has steadily declined over the past half-century because of deindustrialization and globalization — two realities of modern capitalism that the candidate has railed against over the past year by scapegoating immigrants and foreigners.

Trump, who has run an incoherent and often contradictory presidential campaign since announcing his candidacy last year, went on to declare that his political opposition (i.e. the Democrats) had run “out of ideas” long ago, and that Hillary Clinton is the “candidate of the past.” And, for good measure, the billionaire also told several blatant lies — including the desperately manufactured claim that Clinton said she would raise taxes on the middle class (the Trump campaign released a video a few days earlier in which Clinton didn’t fully enunciate “aren’t” in the sentence “We aren’t going to raise taxes on the middle class”; though it was clear what she meant, as the candidate frequently made this point during her primary campaign to take cheap shots at Sen. Bernie Sanders).

The rate at which Trump spewed falsehoods about his opponent and the American economy (e.g. the unemployment rate, economic growth) indicates a real insecurity and lack of conviction in his own ideas. And it’s hard to blame him — his proposals aren’t particularly new, nor do they have a good track record when it comes to bringing prosperity to working people. As noted above, most of the proposals that he laid out are the same “voodoo economic” policies that were discredited under Reagan and Bush Jr., which have also done tremendous damage to red state economies and their working class people over the past few years, from Sam Brownback’s Kansas to Bobby Jindal’s Louisiana.

While Trump’s new tax plan is less extreme and utterly ridiculous than the one he put forth during the primaries (yes, the one that would have, according to several analyses, added over $10 trillion to the debt over the next decade), it is still very good for the richest Americans and very bad for the government’s revenue (read: the deficit) — cutting the income tax rates to 33, 25 and 12 percent rather than the previously proposed 25, 10, and 0 percent.

Trump would also slash the corporate tax rate from 35 to 15 percent and eliminate the estate tax (or, as he and his conservative friends like to call it, the “death tax”). Once again demonstrating his aversion to the truth, Trump declared that American workers “should not be taxed again at death,” even though, as Patrick Caldwell points out in Mother Jones, “The inheritance tax, as currently constituted, touches only a small segment of the population.”

“The federal government doesn't take any taxes out of estates unless the inheritance exceeds $5.4 million for individuals or $10.9 million for couples,” continued Caldwell. “That leaves just the wealthiest 0.2 percent of families paying any estate taxes and makes its repeal less than a great boost to the working class.”

This is yet another example of Trump’s phony populist rhetoric, claiming to help working families while in reality helping wealthy families like the Kochs, the Waltons and the Trumps.

As I previously mentioned, one has only to look at various red states to see how trickle-down tax policy works for the economy. In states like Kansas, Louisiana and Mississippi, big tax cuts enacted by Republican governors have caused massive budget deficits (the magical trickle-down growth has yet to materialize), which have led to downward economic spirals that have, unsurprisingly, harmed society’s most vulnerable citizens. In Kansas, where Gov. Brownback slashed taxes in 2012 (particularly for the rich, of course), the economy’s growth has been anemic and the state’s finances have collapsed; in California, meanwhile, where tax hikes on the rich were approved in 2012, the economy has boomed and a budget deficit has turned into a surplus. (As others have pointed out, one of Trump’s economic advisors, Stephen Moore — who has previously said he isn’t a big fan of democracy — is also an advisor to Brownback, and he is pretty much oblivious to Kansas’ economic disaster).

Trump’s voodoo economic plan goes beyond tax cuts; the billionaire also called for a moratorium on all new regulations, including financial and environmental ones, which he blamed for slow economic growth. (In addition, he attributed Detroit’s economic decline to over-regulation, which is a ridiculous assertion). As Bryce Covert points out in ThinkProgress, this is mostly nonsense: The economy grew steadily after Dodd-Frank, which Trump has frequently blamed for slow growth in the past and has vowed to dismantle, was passed in 2010. In fact, it was the sweeping financial deregulations of the 1980s and 1990s, under both Democratic and Republican presidents, that led to the fraudulent housing bubble and the subsequent financial crisis (and bailouts) of 2007-08.

Donald Trump’s economic team is made up of 13 white men, and most of them are as wealthy as himself — including several billionaire bankers and investment managers, an oil magnate and a New York real estate tycoon (how appropriate). Trump has proven over the past year, of course, that being a street-smart billionaire does not necessarily denote economic literacy — and, tellingly, there is only one trained economist on his team. Thus, it should come as a surprise to no one that Trump’s economic plan is based on discredited economic dogma that places the economic interests of billionaires and corporations above those of the working and middle class. (If Trump’s team was made up entirely of labor union representatives, one can imagine how different his policies would be).

A President Trump wouldn't bring prosperity to those "who have the very least," but to those who have the most; and, like his casinos in Atlantic City, he would leave the country’s economy in ruin with his personal wealth improved.