They can be produced on easily and on the cheap, but don't expect to see them on shelves any time soon 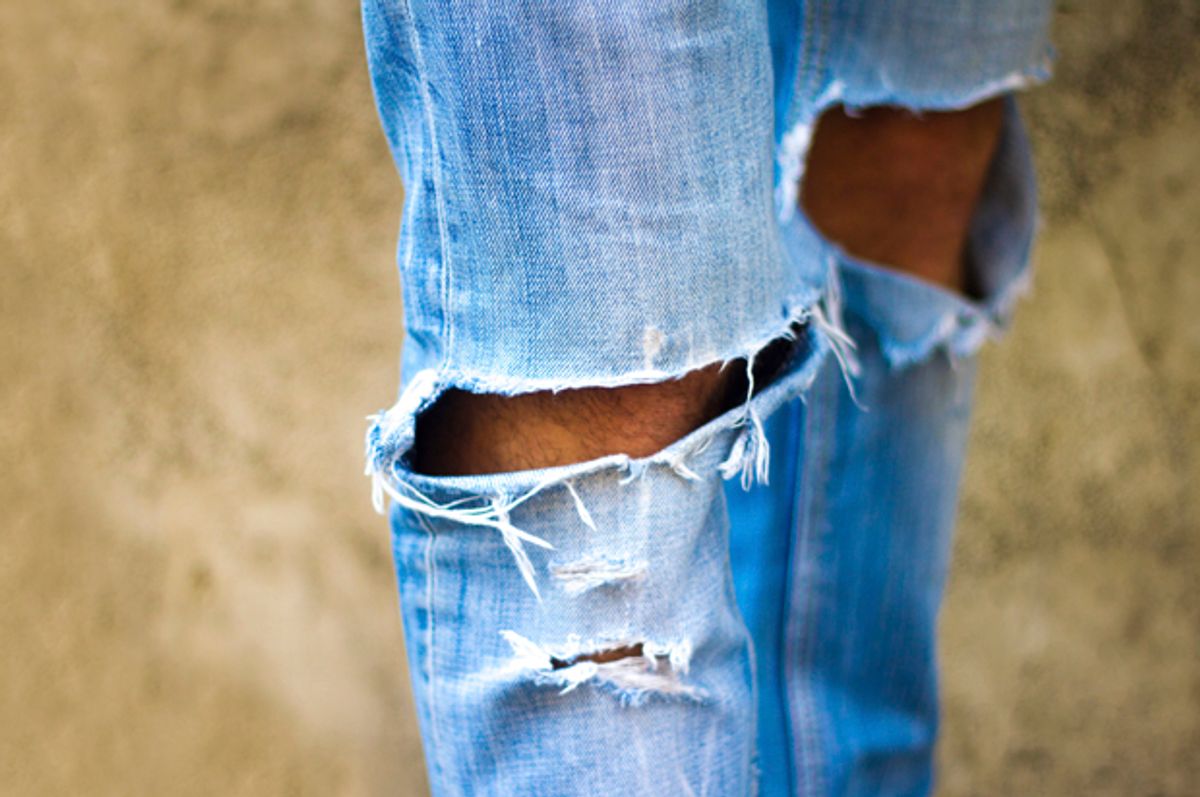 Researchers at the Penn State's Huck Institutes of the Life Science announced that they have created a fabric capable of mending itself if torn -- but more significantly, the textile's composition can be tailored to the particular environment in which such a tear is likely to occur.

Last September, the team announced they had discovered the genetic code for the self-healing proteins in squid ring teeth, which can phase from liquid to solid in the presence of water. After designing a bacteria capable of producing a similar protein, they tested the results on a rubber-like material which, when split in half, healed itself in the presence of 113 degree Fahrenheit water.

At the time, they imagined the applications of their discovery would be limited to materials either immersed in or composed of water -- fiber optic cables on the ocean floor, or wounds in the human body. Soon, however, it became clear that the could design clothing that would "repair" itself, as it were, by tinkering with the temperature of an average washing machine.

They tested "natural fibers made of proteins like wool or silk that are expensive and they are not self-healing," professor Melik C. Demirel told A'ndrea Elyse Messer. "We were looking for a way to make fabrics self-healing using conventional textiles. So we came up with this coating technology."

The procedure, he explained, is quite simple: dip a "natural fiber" in a micron-thin layer of the self-healing coating, add a little water, and "at low cost, using simple equipment amenable to scale-up," it would be possible to mass-produce self-healing garments. It's highly unlikely that the fashion industry would embrace that proposition, any more than the auto industry fancies building cars that last decades, but in industrial settings, such a fabric could be used to limit workers exposure to toxic chemicals.

"If you need to use enzymes for biological or chemical effects," Demirel said, "you can have an encapsulated enzyme with self-healing properties degrade the toxin before it reaches the skin." A suit could be designed that, in the presence of an organophosphate like the insecticide DDT, would not only self-heal when torn, but would release organophosphate hydrolase and protect the wearer from the effect of the nerve agent.

Given the team's focus on industrial applications and the fashion industry's unwillingness to alter an economic model predicated on the disposable nature of its products, it seems unlikely that such fabric will reach shelves any time soon, meaning that -- for the moment -- the dreams of parents who can't stand to watch their children leave the house dressed in jeans like those pictured above must be put on hold.