Team Trump is a disaster: It's not just the candidate — his entire staff is ill-equipped for a presidential campaign 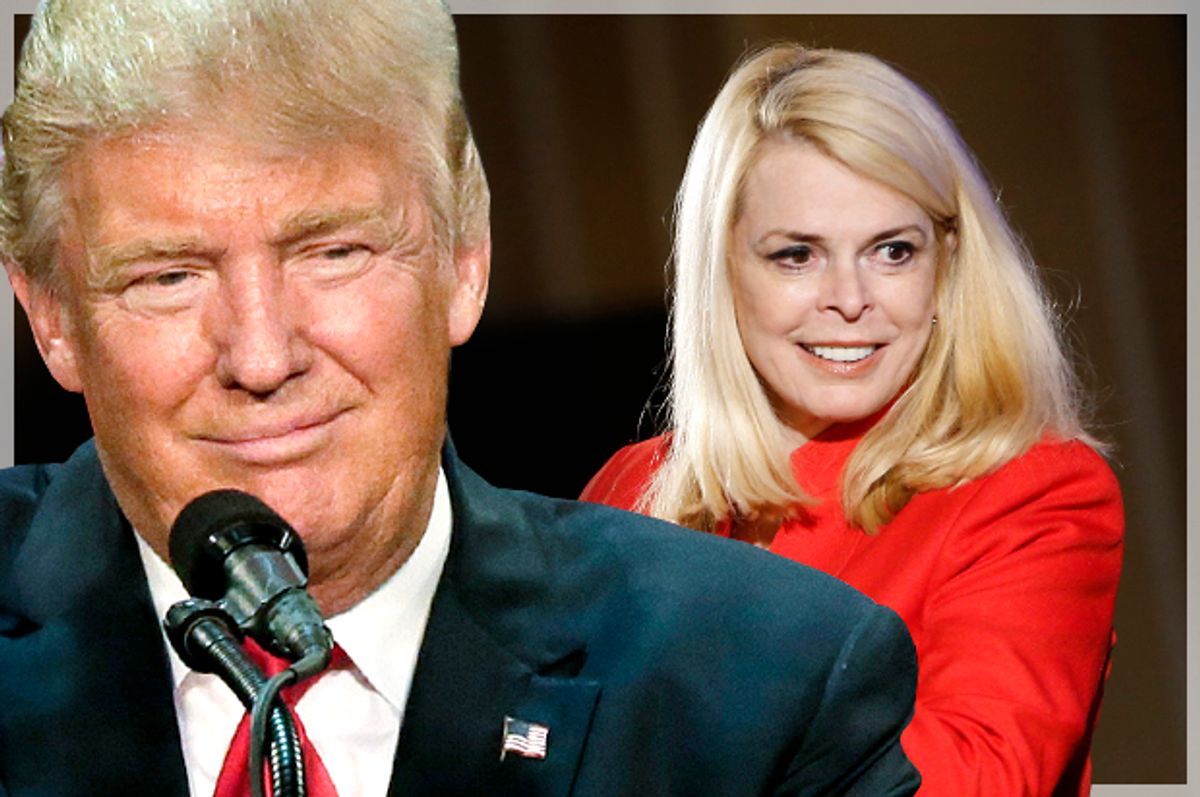 Donald Trump says he isn't running against crooked Hillary Clinton anymore, he's running against the crooked media. This comment was in response to a couple of scorching articles by The New York Times and the AP over the week-end that featured off the record interviews with people inside the campaign making it clear that it's in chaos with Trump himself having serious mood swings and refusing to listen to anyone. This seems obviously true judging by the "low energy" desultory performances in Florida on Friday followed by his highly agitated behavior in a rally in Connecticut on Saturday after the articles were published online. By Sunday he was refuting the notion that he'd ever agreed to follow the advice of his small cadre of political advisers, tweeting like Popeye: "I am who I am!"

It had been yet another bad week in which he pretty much stepped all over what was supposed to be his big economic speech. He'd gathered quite a group of big donors along with a few of the GOP old guard to pull together a policy designed to reassure contributors and confused normal Republicans that he had some kind of economic plan.

Though the speech was obviously conceived as a standard issue conservative economic manifesto, the Fact Checks were brutal which raises an interesting question. If that speech was a product of Trump's team rather than his own off-the-cuff remarks at a rally, who are these people?

Prior to the speech it was announced that he was being advised by 13 CEOs, hedge fund managers, Wall Street investors, a couple of obscure economists and the Club for Growth's Steven Moore. There are some big names among them, like hedge fund manager John Paulson, best known for his prescient 2007 bet against the mortgage market and Hollywood financier Steven Mnuchin, Trump's finance chair. (In fact, there are so many men named Steve among them that wags are just calling his advisory group "the Steves".)

Trump promised to flesh out more details as time went on but nobody's heard a word about it from him since, leaving members of of his team to spend the rest of the week trying to explain his plans on TV while Trump was on the stump creating firestorm after firestorm. Steven Moore was everywhere explaining Trump's innovative view that tax cuts for the wealthy always create growth while CEO of CKE restaurants, Andy Puzder, spent the weekend on CNN defending Trump's electoral strategy for some reason and told the Huffington Post that he believes in Trump because “he certainly has all the indications of wealth.” Trump's senior economic adviser, former Reagan official David Malpass ineffectually tried to make a case for the estate tax helping the average Joe.

Trump, meanwhile, added a little zazz to his usual red-faced stump rant by holding up charts (which only the people in the front row will be able to see.) One of them is a list of Arab countries from which the Clinton Foundation supposedly received millions of dollars after which the "Clinton State Department" then sent military equipment.Trump surrogate Jason Miller said the charts originated from "the policy department" which is odd since this one came from a far-right web site and was tweeted out weeks ago by David Duke, replete with a Star of David. (It's unclear if the star was on the chart Trump used for the rally.) It turns out that Trump has quite the diverse policy department: hedge fund managers to KKK Grand Wizards.

But for all that the one thing everyone noticed about his economic team was the fact that he couldn't manage to find even one worthy woman in the whole country. This is not surprising since when Trump was asked recently which women he would consider putting in his cabinet the only name he could come up with was his daughter Ivanka. But never say he is unresponsive to criticism. Last Thursday he released an additional list of economic advisers that included eight women and one man to his team. (The man was Anthony "the Mooch" Scaramuchi who I wrote about here.)

The most interesting of the bunch of mostly businesswomen (no economists among them) is the notorious former lieutenant governor of New York Betsy McCaughey best known for being one of the tools that tanked Hillary Clinton's health care plan back in 1994 and years later spreading the malicious misinformation that Obamacare featured "death panels." She's also known as a fierce foe of immigration reform due to the danger it presents to the GOP's electoral prospects and she cheers on government shutdowns and Bundy-style anti-government protests. There couldn't be a more perfect female "policy adviser" for Trump. It's a wonder she took so long to jump on his crazy train.

So Trump has filled out his economic policy team with a long list of wealthy donors and female right-wing cranks even as he still gets a good bit of his information from his Twitter feed. Today he is slated to give another stilted teleprompter speech on foreign policy which his campaign says Trump will use to "put blame for the rise of ISIS at feet of Obama and Clinton dating to 2009."  It's clear that the 70 plus foreign policy bigwigs who signed a letter condemning Trump are not among his advisers and nobody really knows who they might be. Speculation is that Senator Jeff Sessions is a big influence along with the flamboyantly Strangelovian General Michael Flynn. Newt Gingrich and Rudolph Giuliani are fluttering around in the background.

Oh, and there's his campaign manager Paul Manafort who knows a lot about foreign affairs, especially in the Ukraine. (This blockbuster New York Times expose headlined "Secret Ledger in Ukraine Lists Cash for Donald Trump’s Campaign Chief" hit the internet like a nuclear bomb last night.) Everyone will no doubt listen closely to Trump's speech about NATO and Russia in light of what we've learned.

But there's really only one serious adviser to Donald Trump as he will tell you himself: "I’m speaking with myself, number one, because I have a very good brain and I’ve said a lot of things."