The Trump vote: New data reveals hints as to who is most likely to pull the lever for Trump

A new Gallup analysis undermines some assumptions about Trump voters, and confirms that race plays a huge role 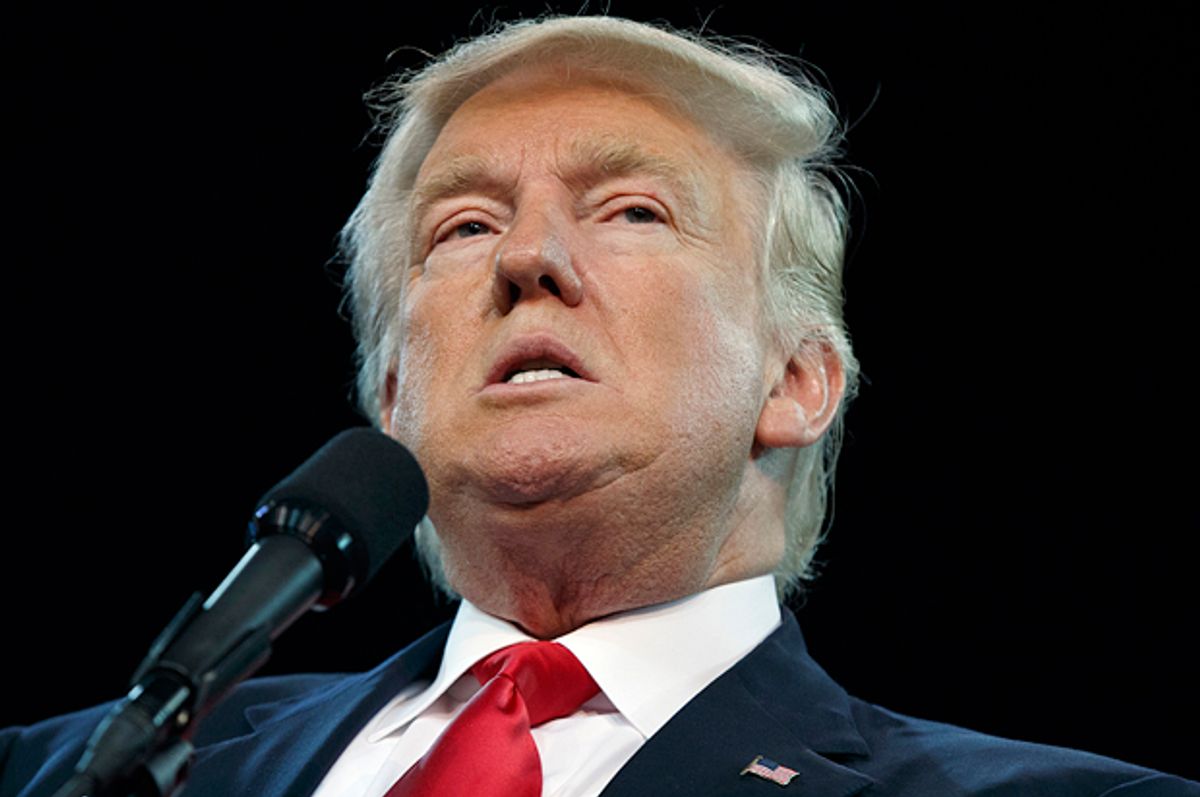 “Who are Donald Trump’s supporters?” It’s a question that pundits and political analysts have been trying to answer for more than a year now, using bits of evidence of varying quality. Trump’s candidacy has been powered by explicitly nativist and nationalist themes and policies that carry a distinct aroma of prejudice, so it’s assumed that Trump voters have similar worldviews. Videos shared on Twitter of Confederate flag-sporting white guys hurling abuse at reporters and protesters tend to nurture the idea that Trump supporters are, by and large, unreconstructed racists.

At the same time, Trump’s emphasis on trade issues and anti-globalist rhetoric have given rise to the idea that Trumpism is rooted in “economic anxiety.” (The term has come to be used as a mocking fig leaf for the assumed racism of Trump voters.) When people try to game out a potential Trump victory in the general election, the results almost always turn on Trump putting up a stronger than expected showing in the Rust Belt states and other areas of the country where it’s assumed that his protectionist rhetoric resonates. Trump works to feed this narrative – he campaigned in Erie, Pennsylvania, late last week and hit trade issues hard, slamming NAFTA and TPP and promising to slap punishing tariffs on any company that leaves the country.

But again, these are just assumptions. Gallup, however, just released an analysis of more than 87,000 poll respondents contacted over the last year who offered a positive or negative impression of Donald Trump, and it offers some surprising and clarifying insights into which types of voters are more likely to gravitate toward his campaign.

The long-held assumption that Trump’s campaign is powered by poorer, working-class whites who’ve felt the negative economic impacts of trade, immigration and globalization is, according to Gallup’s data, incomplete at best. Trump’s supporters generally have less education and are more likely to be blue-collar, but “the standard economic measures of income and employment status show that, if anything, more affluent Americans favor Trump, even among white non-Hispanics,” the analysis reads. “Surprisingly, there appears to be no link whatsoever between exposure to trade competition and support for nationalist policies in America, as embodied by the Trump campaign.”

The manufacturing angle to this is particularly interesting, as Gallup found that the only candidate who is viewed consistently positively in areas with higher concentrations of manufacturing jobs is… Hillary Clinton. And, contrary to the prevailing conventional wisdom about Trump’s supposed blue-collar appeal, “exposure to manufacturing tends to predict significantly lower Trump support.” That’s potentially a big problem for Trump, given that his campaign and its surrogates talk about these same voters as critical to their chances for victory.

That said, Trumpism is not completely divorced from economic stress. “People living in commuting zones with higher white middle-aged mortality rates are much more likely to view Trump favorably,” Gallup found. The analysis also noted people who live areas that have less “intergenerational mobility” also tend to have higher levels of support for Trump. Basically, if you’re in an area where white people are experiencing consistently poor health outcomes and younger generations are having less success at moving up the economic ladder, then you’re more likely to want to vote for Donald Trump.

Less surprising is the relationship Gallup discovered between Trumpism and race. Poll after poll has shown that Trump’s supporters are overwhelmingly white, and that he is extremely unpopular with pretty much every non-white demographic. What Gallup found is that one of the strongest indicators of Trump support is racial isolation: “Constant support for Trump is highly elevated in areas with few college graduates, far from the Mexican border, and in neighborhoods that stand out within the commuting zone for being white, segregated enclaves, with little exposure to blacks, Asians, and Hispanics.”

Trump voters are also “significantly further to the right than even other Republicans,” Gallup found, and more likely to oppose free trade and immigration reform. This helps to explain why, even as Republican elected officials and other party higher-ups wring their hands over Trump’s political struggles, talk radio giants like Rush Limbaugh, Sean Hannity and Laura Ingraham remain firmly pro-Trump, even to the point of lashing out at their erstwhile allies for undermining his candidacy. They know what their audiences want.

The still-fuzzy picture of the “Trump vote” that emerges from all this is a bloc of voters who are acutely sensitive to economic decline (even if they aren’t necessarily feeling it themselves) and are more receptive to hypernationalist and nativist politicking due to their own racial and cultural isolation.