Twilight of the gods: Jimmy Page's testimony shows just how misguided music plagiarism cases can get 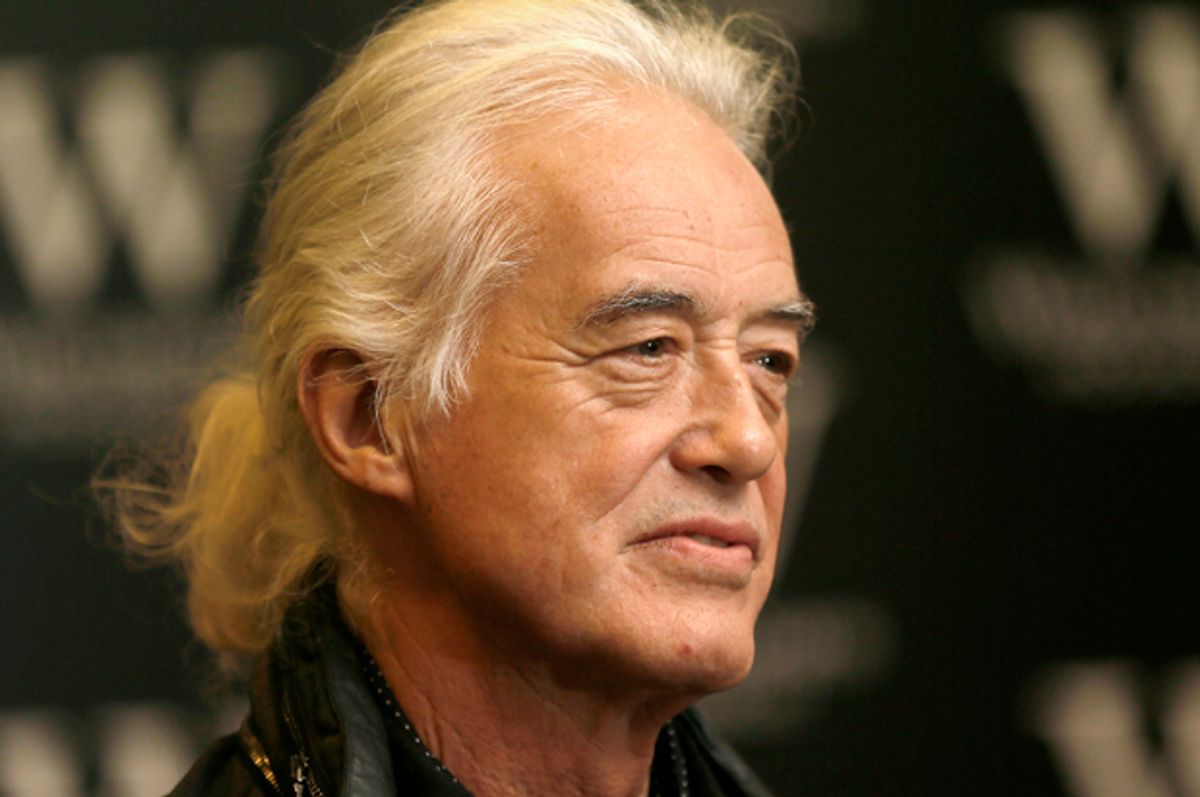 Even if you’re not a hardcore classic-rock fan, the idea of Led Zeppelin defending its most famous song in a Los Angeles courthouse may’ve made you wonder what went on there. It may’ve even have made you wish you were there to see the fight — to catch a glimpse of some of the most celebrated and notorious musicians of the Peak Rock era. Sure, it might not be as loud or exciting as the blaring of Marshall stacks, but it might offer a glimpse into the creative process, and maybe even some flashes of rockstar charisma.

But the testimony by Zeppelin guitarist Jimmy Page, which was just released by Rolling Stone, is something else entirely: It’s a conversation so mind-bendingly dull it could be excerpted in “This is Spinal Tap” as showing what can happen to a rock band when its best days are over. It also makes a pretty good case that courtrooms aren’t really the best case to decide these kinds of questions.

The “Stairway” case, of course, was over whether Zeppelin had stolen a significant part of the song from the California band Spirit, whose song “Taurus” included a chord progression with some similarities. Because the question issue of whether Page and singer Robert Plant heard the Spirit song before they wrote “Stairway” is important, the court needed to figure this out. But the process is so tortured and at times irrelevant, it may make you lose faith in the American justice system. Here’s an excerpt of a much longer exchange in which the prosecuting attorney, Francis Malofiy, digs into Page’s familiarity with another Spirit song, which Zeppelin played part of in early concerts.

Q. How long did that go on for, do you know?

A. I didn't really -- I didn't have a stopwatch. I didn't check it, no. It was — but, if you don't mind me saying, it was part of another number called "As Long As I Have You" and it was part of a segue in the middle, like a medley.

A. Yeah. So you can tell we're just jamming on that riff. That's all we're doing.

Q. Right. So this is a riff that you were playing and you'd agree that it wasn't just a small little piece, it was a few minutes long, correct?

THE COURT: Well, sustained. The jury makes that determination.

Q. How many times did you repeat that riff over and over again?

A. Do you know if you had asked me to start counting when you played it, I might have tried to hazard a guess, but as it is, I don't know.

THE COURT: But many times, right?

THE WITNESS: Well, that night, that riff, or — yeah, we've already — yeah, yeah. It's repetitive, so I don't know. I didn't count. But the "Fresh Garbage" was played a number of times.

THE COURT: No question pending right now. Next question.

Q. When you say it was played a number of times, did you — it wasn't just the bass riff that was being — playing that piece of music; isn't that correct?

The investigation as to whether Page had a copy of the Spirit album in question, whether he bought it or was given it, and whether he’d ever listened to it, takes up even more time.

So one of the ironies here is that despite the enormous amount of time devoted to things like set lists from shows from nearly 50 years ago, the most relevant historical fact about Led Zeppelin cannot legally be discussed in the case. That is, though this is an intellectual property case, the fact that Zeppelin stole songs from blues and folk players, and did not credit them until forced to, is not admissible.

It’s hard not to wonder if the legal system is really set up to decide this sort of case, which hinges on the musical resemblance between songs. There’s so little of substance here, it argues that a star-chamber of music professors might be a little less tedious. Or maybe not. But there’s gotta be a better way.