Nobody misses the mark more often than Pierson, but she has strong competition from the former NYC mayor 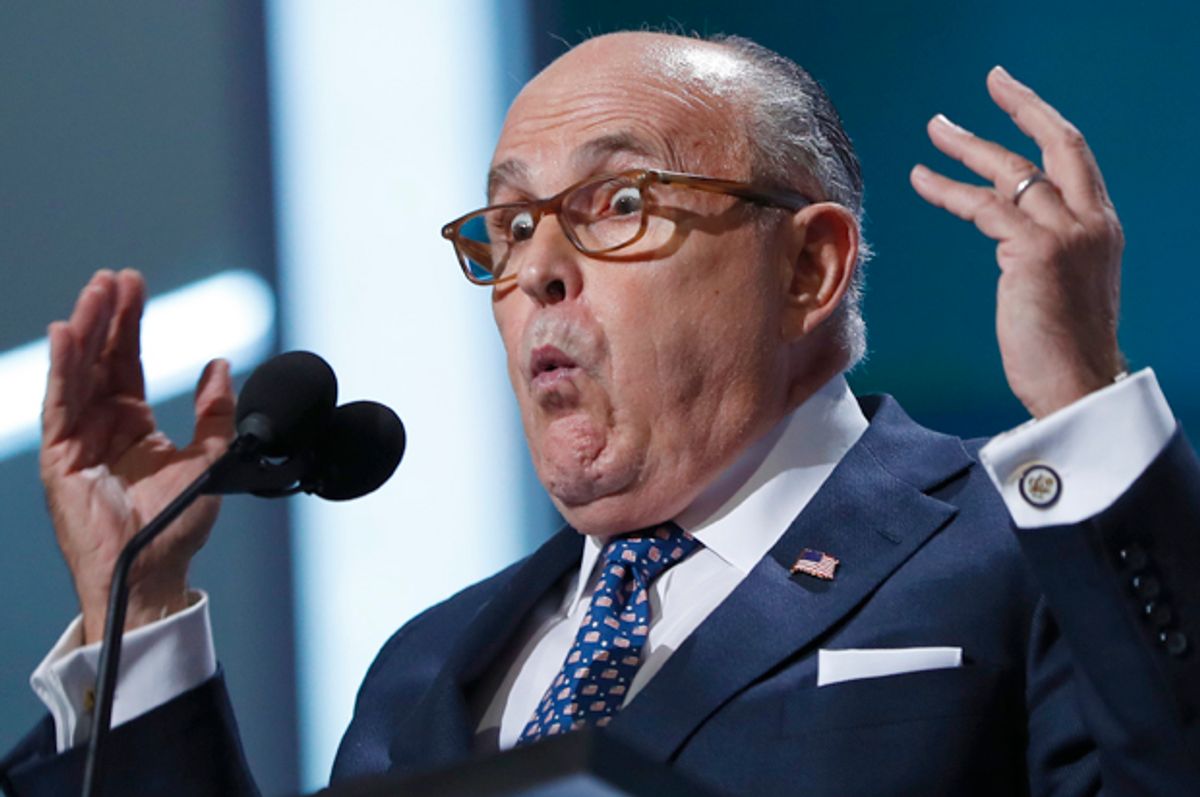 Katrina Pierson is, of course, behind the wheel. (There's just no topping this.) But Giuliani has, on five distinct occasions during this election cycle, given the gaffe-queen a run for her money.

In July 2015, Giuliani seconded Trump's infamous "Mexican rapists" claim, telling MSNBC's Chris Matthews that the GOP candidate was right, but made his point "in reverse."

"What he should have said is, most people come across the border for economic reasons," Giuliani explained. Some, however, "murder people, kill people and are terrorists."

The morning after Beyoncé's sociopolitically divisive Super Bowl 50 halftime show — in which her background dancers dressed as Black Panthers — Giuliani went on "Fox & Friends" to air his grievances with her "ridiculous" performance.

"I thought it was really outrageous," he complained, "that she used it as a platform to attack police officers who are the people who protect her and protect us, and keep us alive."

In March — months before Trump adopted the claim — Giuliani said Hillary Clinton "could be considered a founding member" of ISIS because, "she was part of an administration that withdrew from Iraq and did not intervene in Syria at the proper time."

At one such protest, in Dallas, a heavily armed sniper unaffiliated with any protest group murdered five officers.

Reactionist as he is, Giuliani told "Fox & Friends" that BLM "puts a target on the back of police."

"If they meant black lives matter," he argued, "they would be doing something about the way in which the vast majority of blacks are killed in America, which is by other blacks."

At a campaign stop in Youngstown, Ohio, on Monday, Giuliani seemed to think he was in Indiana and then claimed, "Under those eight years, before Obama came along, we didn’t have any successful radical Islamic terrorist attack inside the United States," apparently forgetting about the 9/11 attacks — a tentpole of his 2008 campaign for president.