The failed CEO of game-maker Rovio, Pekka Rantala, will try to slingshot the Finnish mobile-phone maker to success. 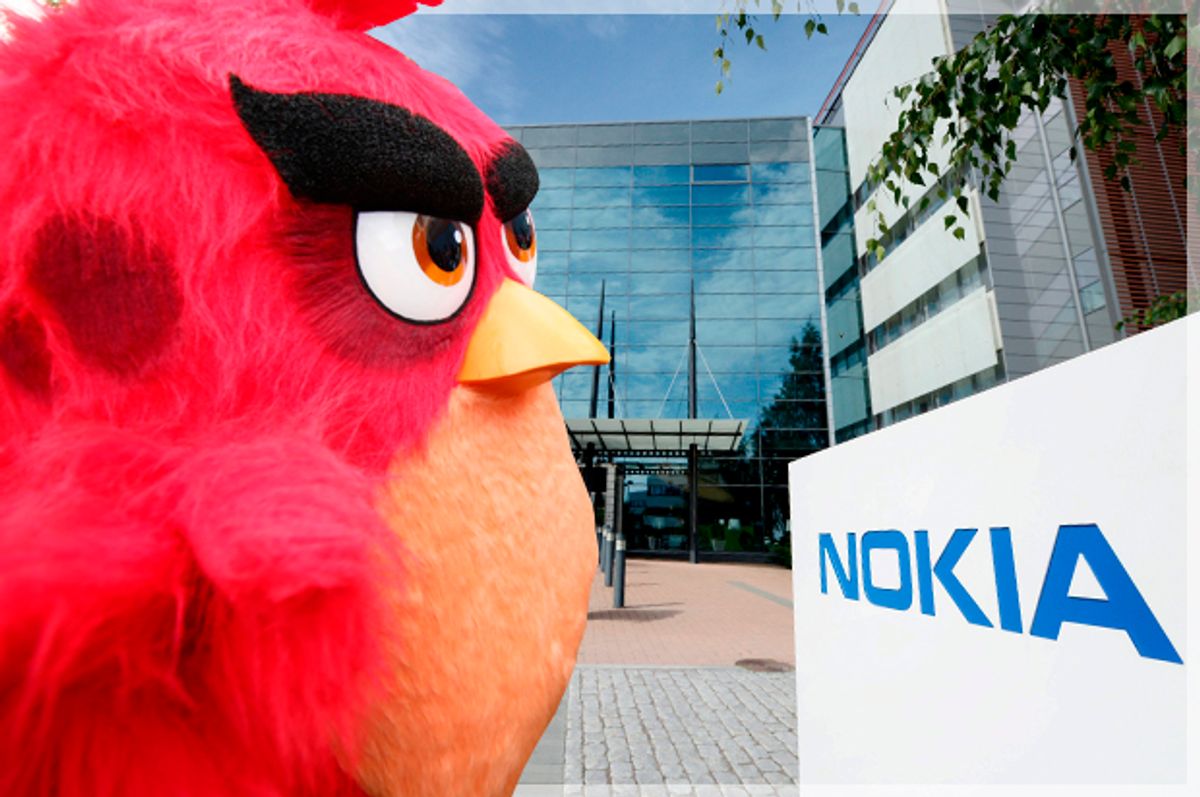 Can the executive who tried (and failed) to make the Angry Birds game franchise into a global powerhouse bring Nokia back from the brink? The Finnish mobile phone company is hoping that former Rovio Entertainment CEO Pekka Rantala can do more to help their once-storied brand take flight than he did for those furious flying cartoons.

On Monday, HMD Global, the company founded in May to sell Nokia-branded mobile phones and tablets, named Rantala to spearhead a massive re-entry into the global mobile phone market. Rantala, who was named HMD’s chief marketing officer, had stepped down as CEO of Rovio last December after the gaming company failed to capitalize on the immense popularity of one of the earliest and biggest smartphone game successes.

Since its debut in 2009, Rovio's Angry Birds has been one of the most downloaded game apps. Under Rantala, the company tried to leverage their signature brand, expanding into board games, clothing, toys, TV and film adaptations, and even theme parks. But the brand that Rantala once said had the potential to become a modern-day Walt Disney Co. flew out of a slingshot fast — then took a nosedive. Under Rantala, Rovio cut more than a third of its workforce last year, and it recently announced a restructuring to focus on its core gaming, media and consumer products businesses.

But Rantala, a former Nokia executive, says he’s optimistic that his homecoming will help Nokia return to past glory. "Nokia is a globally recognized brand, and we have a chance to rejuvenate it like never before," Rantala told Cnet News about his return to the company.

If you’re old enough to days before smartphones, there's a good chance you owned at least one Nokia handset. Once the world’s dominant mobile-phone maker, Nokia was known for making sturdy, low-priced handsets, but it failed to keep up and was steamrolled in the late 2000s by Apple’s iPhone and Android-based smartphones.

An ill-fated 2011 deal with Microsoft nearly bankrupted Nokia company, as it put all its egg in the Windows Phone operating system basket. That arrangement ended in 2014 when Microsoft sold its phone business it purchased from Nokia to FIH Mobile (a subsidiary of Taiwan's Foxconn, the world’s largest contract electronics manufacturer) and a new Finnish company called HMD Global.

Now HMD Global will design, produce and sell a new line of Nokia-branded tablets and smartphones under a deal with Nokia Technologies, whose main business is selling high-speed broadband hardware to telecom companies. In June, Nokia Technologies announced an agreement with China Mobile, the world’s largest telecommunications company by market share, to expand the state-owned company’s network and cloud computing infrastructure.

Since selling its mobile business to Microsoft, Nokia Technologies has made only one mobile device, the Android-based N1 tablet. The N1, which is manufactured by Foxconn, has been well received in the Chinese market and provides a glimpse of what HMD has planned for Nokia brand: build a line of Android-based devices in a bid to take on Apple and Samsung. HMD hasn’t announced when its first Nokia-branded Android-based smartphones will hit the market. But Rantala, for one, can't wait to get back in the game. As he told CNet News: "I love Nokia, I love what it stands for, and I'd love to see it rise again."