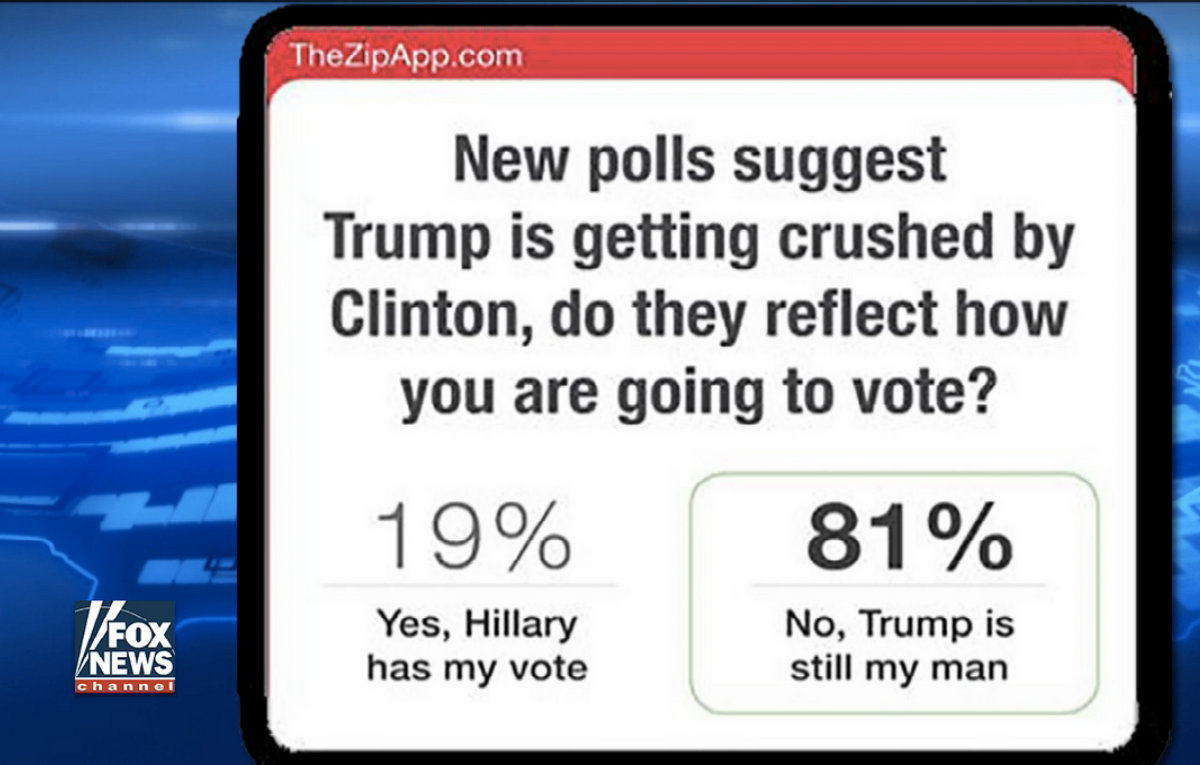 With their presidential candidate going on the attack against Gold Star parents and decorated veterans, denouncing past U.S. military intervention in the Middle East and tanking in the polls, it's no wonder many Republicans would rather bury their heads in the sand than deal with the impending likelihood that Democrats will win a third straight national election this fall. The GOP is in such a sorry state of affairs after a 17 person primary battle left a political neophyte and reality TV star as the titular head of the conservative movement that it is now relying on a tried and true tactic to cope -- creating an alternate reality.

“It’s an open secret that polls are often manipulated and spun to create momentum for a particular candidate or issue,” Alex Marlow, the editor-in-chief of Breitbart News, said in a statement announcing the poll. According to Breitbart's own poll, Clinton currently beats Trump nationally, 42 percent to 37 percent.

Tuesday morning, Fox News noted that "Hillary Clinton tops Donald Trump in the latest national polls," before suggesting that "but if you ask voters anonymously who they like, the results are a lot different."

Reporting on the Zip app during "Fox & Friends," host Steve Doocy claimed that the anonymous forum allows voters to express their support for Trump without fear of repercussion.

"So if the election were held today, according to the Zip app, Donald Trump would win," Doocy declared.