"Our only competition is everything on the internet," "The Late Late Show" host said 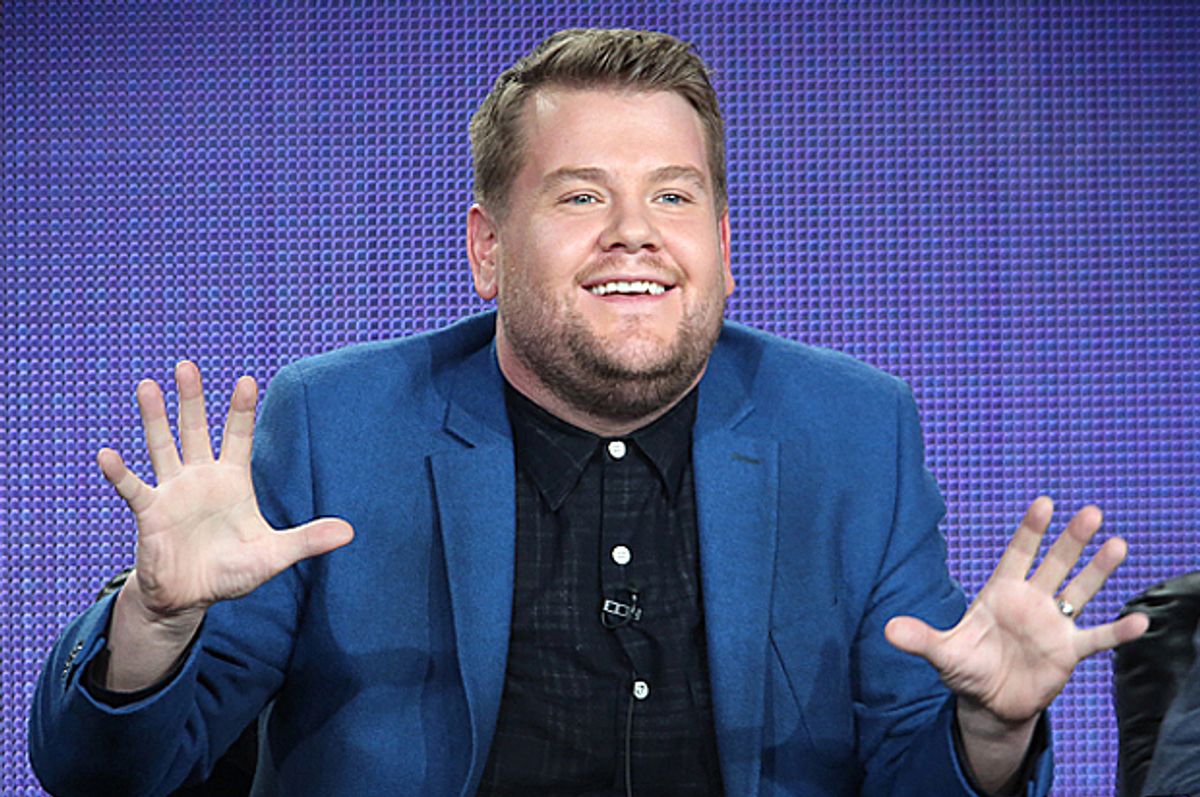 In an interview with Variety's Debra Birnbaum, "Late Late Show" host James Corden addressed the rumors that CBS president Les Moonves will flip his time-slot with that of Stephen Colbert's "The Late Show."

Although Colbert received rave reviews for his overtly political coverage of the Republican and Democratic National Conventions, it was Corden whose program was nominated for three Emmys -- Outstanding Variety Talk Series, Outstanding Directing for a Variety Series, and Outstanding Interactive Program. Moreover, two segments from Corden's show have already proven so popular online -- "Drop the Mic" and "Carpool Karaoke" -- they've already been spun-off into their own series.

Meanwhile, "The Late Show" videos with the most views at the moment are best characterized as beloved retreads -- the returns of "Stephen Colbert" and Jon Stewart to late-night political commentary -- but their combined 16 millions views is dwarfed by 122 million and counting views of Adele's "Carpool Karaoke" episode.

So even though the nightly ratings for Corden's show are roughly the equivalent of his predecessor, Craig Ferguson, his popularity across platforms is likely what will elevate him into the earlier time slot. But as Corden himself noted, "the very notion of talking about time slots to be something archaic really. It kind of feels like telling the time with a sundial. My son when he grows up, he’s not going to have any notion of scheduling or something being on at a certain time. Our show’s on 24 hours a day as far as I’m concerned. We just launch it at 12:37."

Corden also vigorously defended Colbert, asking Birnbaum "Have you watched Stephen’s show in the last two weeks? It’s incredible. It’s fantastic. It’s been just awesome to watch. I’m incredibly proud to be the show on after his. I think he is an incredible talent and a host and a broadcaster and a voice. That show, I feel like it’s finding its feet every single day."

Of course, Stephen Colbert debuted in September 2015 -- a mere seven months after Corden's tenure on "The Late Show" began -- so for many in the industry the question is slowly changing from why "The Late Show" isn't better yet to whether it ever will be.