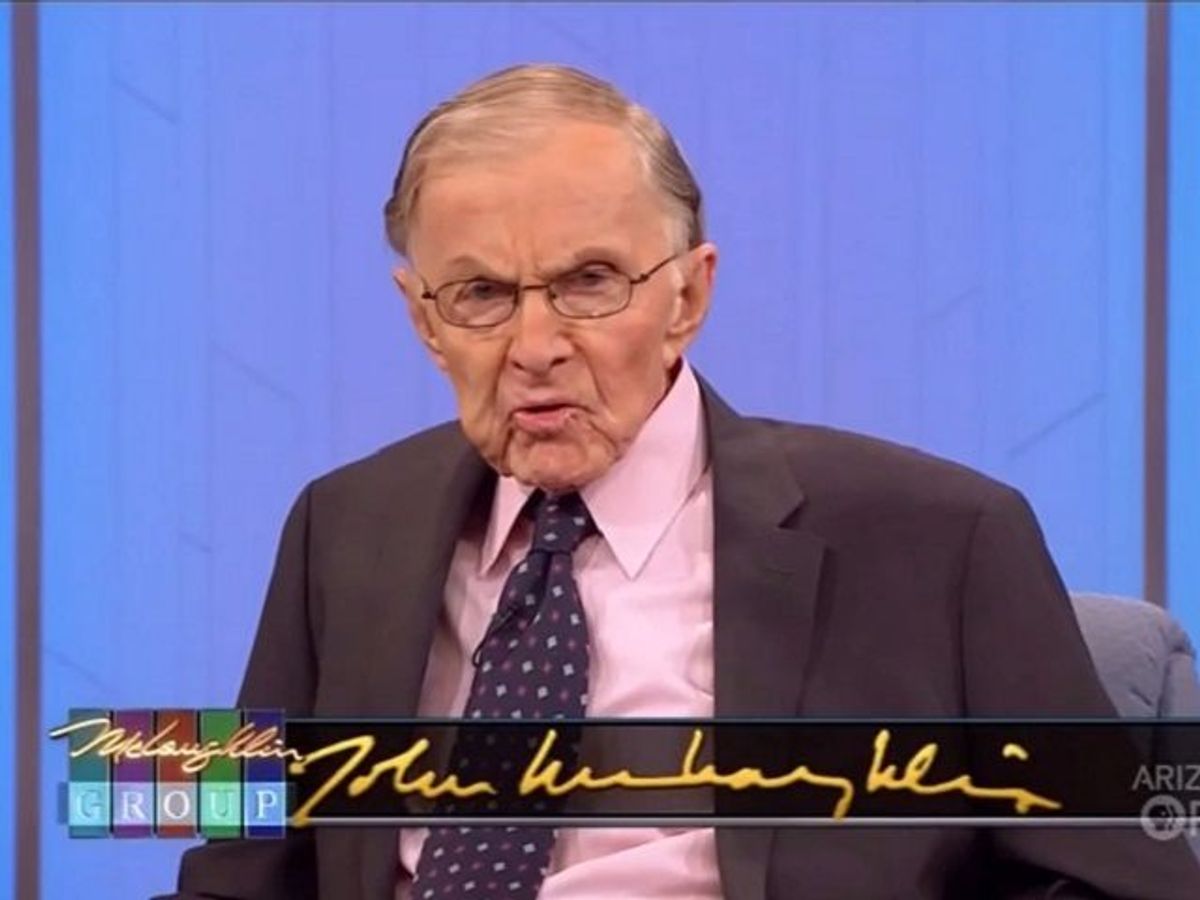 For the fist time in 34 years, seven months and one week, John McLaughin, the creator, host and executive producer of the long-running Sunday political panel show "The McLaughlin Group," was absent from his long-running political show. On Tuesday, the host of the weekly round-table discussion passed away at the age of 89.

“As a former jesuit priest, teacher, pundit and news host, John touched many lives,” a Facebook post on the show's page read. “For 34 years, The McLaughlin Group informed millions of Americans. Now he has said bye bye for the last time, to rejoin his beloved dog, Oliver, in heaven. He will always be remembered.”

In recent months, McLaughlin would sometimes only make brief appearances on his program.

"I am under the weather,” McLaughlin said in a note at the beginning of this week’s episode. He added that his voice was “weaker than usual,” but "my spirit is strong and my dedication to the show remains absolute!”