Sorry Los Angeles and San Francisco, it looks like the Hyperloop is moving to Dubai 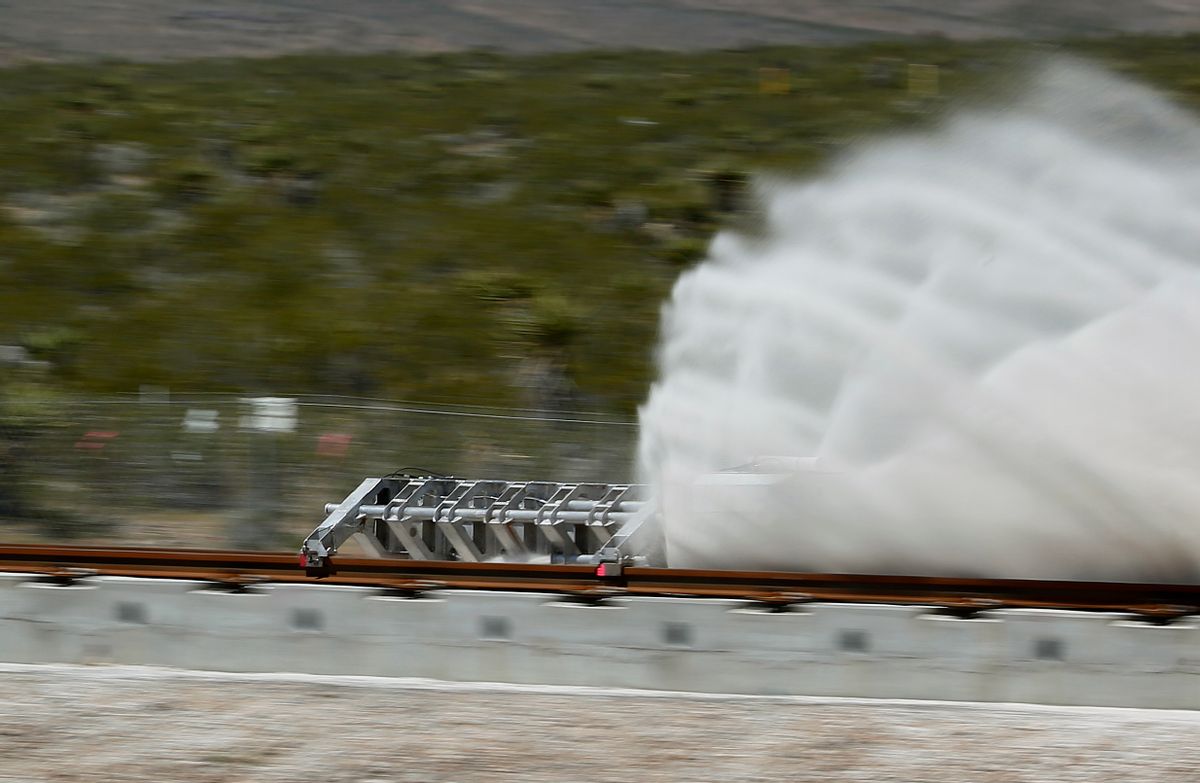 A sled speeds down a track during a test of a Hyperloop One propulsion system, Wednesday, May 11, 2016, in North Las Vegas, Nev. The startup company opened its test site outside of Las Vegas for the first public demonstration of technology for a super-speed, tube based transportation system. (AP Photo/John Locher) (AP)
--

When the Hyperloop project was first introduced in May 2013, the plan involved a circuit between Los Angeles and San Francisco that would parallel the I-5 corridor. Now, however, like most feats of infrastructure and engineering, it appears as if the first iteration of Elon Musk's dream of hybrid "Concorde and rail-gun and air-hockey table" will be built in Dubai.

Hyperloop One CEO Rob Llyod told TechCrunch's Sarah Buhr that negotiations are underway with DP World, which runs the Jebel Ali port in Dubai. "It's got the infrastructure," he said, "the regulatory movement, and the kind of capital in place needed to build [a Hyperloop] already."

While the Hyperloop sounds like the stuff of science fiction -- autonomous, green vehicles propelled through pneumatic-type tubes at "faster-than-airline speeds over long distances" -- prototypes are already being built and tested in the Nevada desert.

Should those tests continue to be successful, the CEO of DP World, Sultan Ahmed Bin Sulayem, indicated that he would be interested in using either a floating or submerged Hyperloop to move cargo around the busiest port in the Middle East. As Jebel Ali is currently in the midst of an expansion that will increase its total capacity by a factor of seven, an operative Hyperloop would allow it to continue growing without sacrificing efficiency.