The Massachusetts senator is hailed as a passionate reformer, but her policy record is questionable at best 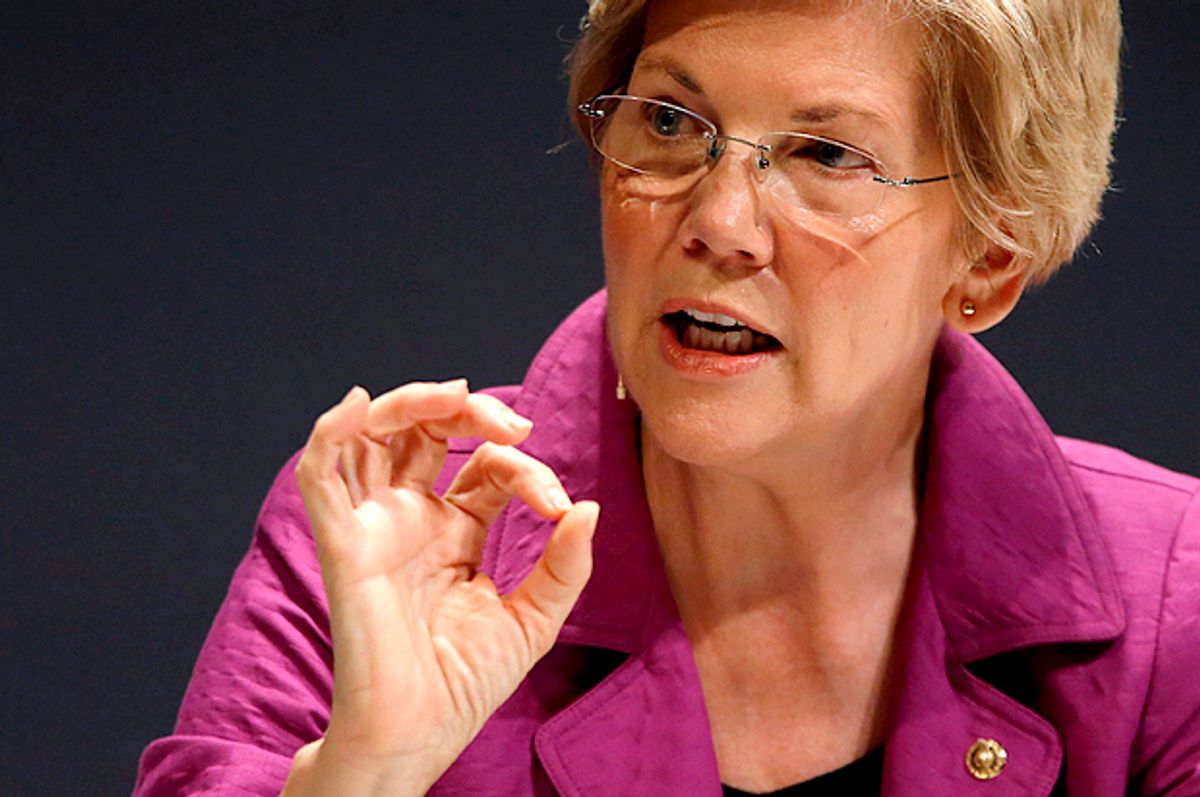 At the Democratic convention in Philadelphia, Elizabeth Warren presented a more subdued version of her typically firebrand approach to political fodder, opting for a more propositional rather than oppositional tone. Yet longtime observers know her usual temperament is one of righteous indignation, an impassioned moral certitude that would rival preacher Jonathan Edwards a la “Sinners in the Hands of an Angry God.”

While Warren’s sincerity is difficult to question, indeed many of my Harvard classmates and friends who know her from her professorial days convey as much, the right has done little to substantively challenge the senior senator from Massachusetts. Instead of focusing on the troubling macro failures of her policy prescriptions (failed outcomes separate from her noble intentions), they myopically focus on her “Pocahontas” mote while ignoring the flawed, substantive policy beam in her other eye. Yes, it’s awkward and embarrassing that she claimed Native American heritage without sufficient proof and may have exploited this to gain professional edge. But squabbling with Warren over family lore ignores far larger problems.

Through her incendiary language, Warren herself often borders on Trump-like insults, hurling around words at Trump labeling him "a small, insecure money grubber" who would "crush you into the dirt.” It doesn’t appear that Warren’s tactics echo Michelle Obama’s motto: “when they go low, we go high.”

Warren’s full-throated endorsement of Clinton as somehow the White Knight against Wall Street is laughable. As Edmund Kozak reports, according to the Center for Responsive Politics, for every one dollar Trump received from the financial industry through July 21, Clinton received more than $539. The Clinton campaign received nearly $69 million in donations from the financial industry through July 21: some $41 million from the Securities and Investment sector and more than $27 million from the Hedge Funds and Private Equity sector. Contrastingly, Trump received a mere $127,870 from both sectors in the same period. Certainly, Trump’s incendiary rhetoric has impeded his fundraising prowess, but anyone like Warren trying to argue that Clinton would be more independent than Trump against Wall Street isn’t backed up by the money facts.

Trump’s never played in the official government sandbox, and indeed his judgment and temperament are highly questionable, leading many to ponder third-party alternatives like Gary Johnson, Jill Stein or Evan McMullin. Yet for all his shortfalls, unlike Warren, Trump himself hasn’t created a government agency that is rampant with racism and discrimination.

The Consumer Financial Protection Bureau, Warren’s brainchild (yes, she did build that) enabled by the Dodd-Frank Act, was intended, among other purposes, to expose and purge the capital markets of discrimination. Yet the Government Accountability Office (GAO), a federal watchdog agency, found that 25 percent of black, Asian and female CFPB employees reported workplace discrimination, with 25 percent of black employees and 20 percent of Hispanic employees told the GAO that racial “differences” are not respected or valued by top management. GAO also reported management backlash against employees filing discrimination reports created a chilling effect. Warren’s supposed righteous army of regulators instead has degenerated into the bureau of hypocrites. Sagacious philosopher kings they ain’t. Yet despite Warren’s claim of a mantle of moral superiority, her CFPB work exposes the inherent problems with human nature behind government expanse: bureaucratic rigidity, lack of oversight and difficulty rooting out bad workers through government unions, which even FDR opposed due to the blatant conflict-of-interest.

Warren beats an aggressive drum for progressive policies as a means to help the disadvantaged, yet Harvard research has shown that Dodd-Frank, perhaps her favorite piece of legislation, has contributed to the demise of community banks, many of which are owned by African-Americans. Minimum wage laws have a racist past rooted in trying to price out black and other minority workers and disproportionately harm workers of color. The black-white unemployment gap widened under Obama vs. Bush, and the involuntary unemployment and part-time employment shifts caused by the unsustainable Obamacare program have disproportionately hurt women.

While controlling the lions share of the mainstream media narrative, progressives like Warren seem to be more concerned with intentions instead of outcomes in caring for our most vulnerable. As African-American writer Jason Riley has pointed out repeatedly (including in this informative book), liberal policies have failed our inner cities, from Detroit to Chicago to Baltimore. The Black Lives Matter protest movement arose under a liberal president predominantly in metro areas controlled by liberal politicians.

Warren and her moral indignants are more concerned about inputs than accountability. The question is whether Republicans will ever wise up enough to find a candidate who can balance out her moral disequilibrium.