The danger of the right's noise machine: Years of misinformation led to Trump's rise

"Where do you go to have any sense of the truth?" right-wing radio host Charlie Sykes told MSNBC 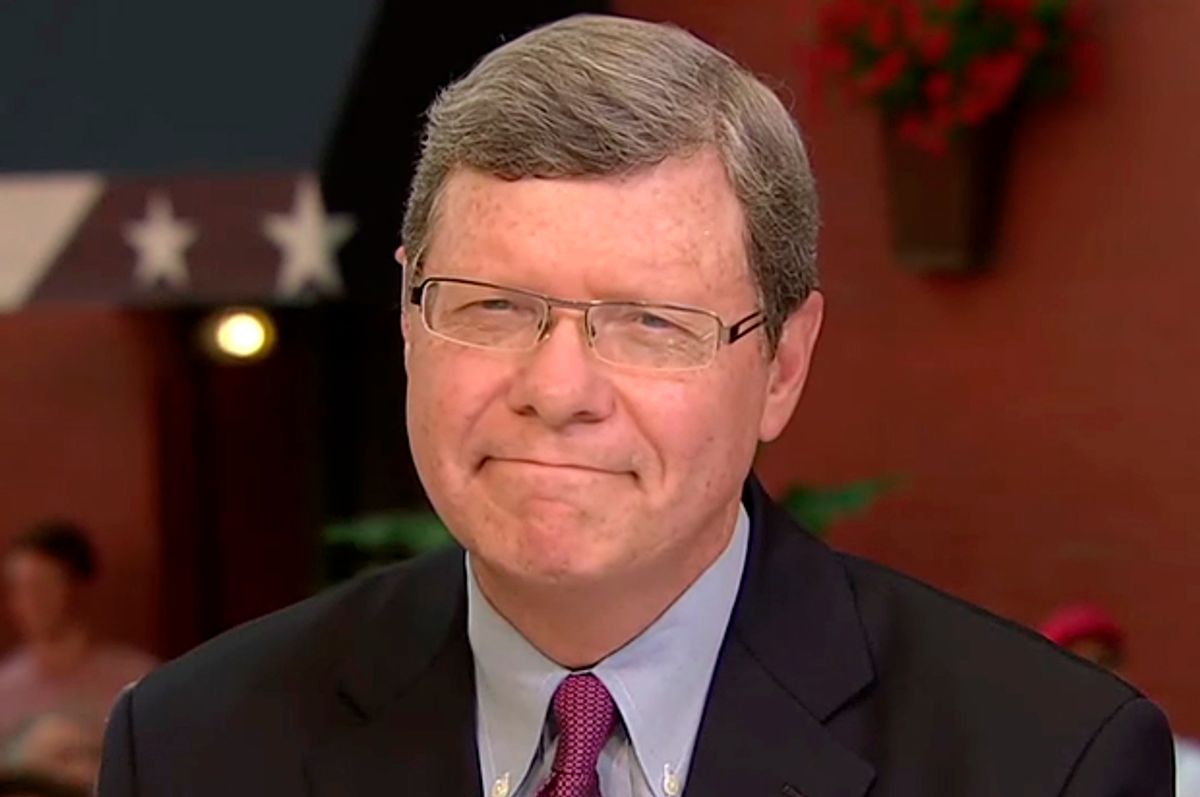 Back in the early 2000s, right-wing talk radio was a juggernaut that influenced American politics so thoroughly that all mainstream GOP leaders genuflected to their power. Rush Limbaugh was, of course, the king, a man so powerful that he was given substantial credit for the Gingrich Revolution in 1994 with the freshman Republican class going so far as to award him an honorary membership in their caucus. There was a time not long ago when the entire Bush family got on the horn to wish Rush a happy birthday on the air.

When Limbaugh got into trouble for saying something crude or outrageous, such as saying the Abu Ghraib torturers were just "blowing off steam," the whole conservative establishment would jump to his defense:

Rush is one of those rare acquaintances who can be defended against an assault challenging his character without ever knowing the "facts." We trust his good judgment, his unerring decency, and his fierce loyalty to the country he loves and to the courageous young Americans who defend her.

There were other conservative radio personalities before him but he was the one who turned the genre into a multi-billion dollar business and a partisan commercial enterprise. After 9/11 the format exploded with new voices both nationally and locally. Combined with the ascendance of Fox News, Drudge and total Republican control of he government, right wing media completely dominated the political landscape.

This phenomenon had a number of bedrock assumptions but the first, and most important, was the notion that the mainstream media suffered from a liberal bias so extreme that it was completely untrustworthy. Now this idea had not originated with the modern right wing media. It had been an article of faith among conservatives since the 1960s when the right began to rebel against the civil rights movement and the Vietnam and Watergate coverage. It later became a more cynical "playing the refs" exercise in which their constant accusations of liberal bias kept reporters and editors constantly on the defensive and ended up tilting much of the coverage their way.  It was a very savvy move. The scandal-mongering of the 1990s and the reporting of the election in 2000 were perfect results of that successful campaign.

One of the more interesting intellectual arguments under girding this liberal media obsession was the conservative fixation with moral and cultural relativism perhaps best illustrated by Lynn Cheney and her book "Telling the Truth" in which she excoriated the left for abandoning objective reality. This line of thinking insisted that mainstream Democrats like Al Gore (Al Gore!) were Foucaultian postmodernists.

After 9/11, however, this thesis was finally exposed as being laughably absurd when President Bush and Mrs Cheney's husband masterfully manipulated the so-called liberal media into cheerleading for an illegal war based upon phony intelligence. There was even a famous quote from a Bush official to reporter Ron Suskind which perfectly characterized the prevailing right wing ethos of the period. He said that reporters like Suskind lived in the "reality based community" which was made up of people who believe "solutions emerge from a judicious study of discernible reality." He and his cohorts on the right, however, were not constrained by such restrictions: "We're an empire now, and when we act, we create our own reality."

Lynn Cheney never said a word. But many on the left did, proudly taking up the mantle of the "reality based community" and making the case that the right's years long crusade against the so-called liberal media was creating a form of epistemological relativism of its own, some of which was manifesting itself in very dangerous ways.

The right's great noise machine just kept chugging along, however. And the rise of social media turned it into an even louder megaphone that simultaneously blocked out any competing information. It was this environment that has made it possible for Donald Trump to emerge. We know he is a twitter and Instagram addict and uses all social media more casually and more intimately than any presidential candidate in history.  But less known is the fact that in preparation for his run, Trump hired people to listen to talk radio and give him detailed reports on the zeitgeist. That's where he got his immigration policy and many others which often sound like non-sequiturs like "get rid of common core." And it's no mystery where Trump got his increasingly unhinged rap about the press either, is it?

And today, for the first time, some conservatives in the #NeverTrump camp are seeing where their decades-long attacks on the mainstream media and the "reality based community" have led. Right-wing radio talk show host Charlie Sykes from Wisconsin gave an interview lamenting the situation with reporter Oliver Darcy who put up an excerpt on twitter. Sykes also appeared on MSNBC's "All In" last night where he said this:

Over the years conservative talk show hosts, and I'm certainly one of them, we've done a remarkable job of challenging and attacking the mainstream media. But perhaps what we did was also the destroy any sense of a standard. Where do you go to have any sense of the truth? You have Donald Trump come along and the man says things that are demonstrably untrue on a daily basis. My experience has been look, we live in an era when every drunk at the end of the bar has a Twitter account and maybe has a blog and when you try to point out "this is not true, this is a lie" and then you cite the Washington Post or the New York Times, their response is "oh that's the mainstream media." So we've done such a good job of discrediting them that there's almost no place to go to be able to fact check.

Welcome to the reality-based community.

The right is in disarray, to say the least, and that includes their media. Fox News is in crisis with the Roger Ailes scandal. Conservative radio is losing listeners. It would be nice to think that this fever has broken and we can get back to a point where people can at least agree on a certain set of facts even if we have disagreements about how to proceed from there. But it's a long road back.

And social media is not going to be helpful. The next phase I'm afraid is rampant conspiracy theories on all sides of the political spectrum. Indeed, all we have to do is look at the Trump campaign for a preview of where that's headed too. But the great Right Wing Wurlitzer is finally sputtering out. The damage it's left in its wake is incalculable.