Anti-choicers get even weirder: After losing in the Supreme Court, abortion foes turn to desperate distortion

Anti-abortion activists, on the defensive, turn to fetus funerals and bogus claims of medical danger 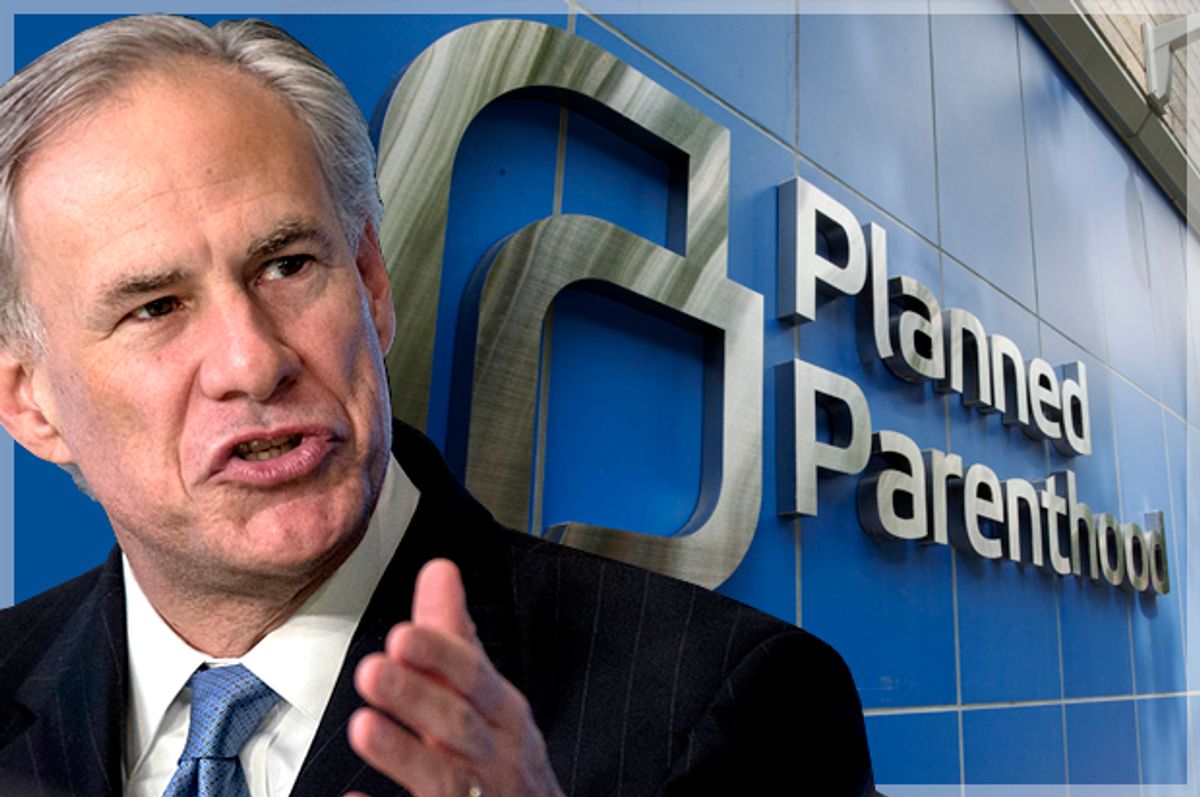 The recent Supreme Court decision in Whole Woman's Health v Hellerstedt, where the justices struck down a slew of Texas regulations severely limiting abortion access on the grounds that they were medically unnecessary, has been a devastating one for the anti-choice movement. Decades of trying to convince the public that an embryo the size of a walnut is the equivalent of an actual baby hadn't moved the needle of public opinion on abortion. Now the notion that abortion needed to be regulated out of existence to protect "women's health" — the anti-choice argument before the court — was shot down.

There are limits, in the United States, to how much lying you can get away with in your legislative maneuvering.

They're turning, in other words, to the very strategies that have failed them before. But the new spins anti-choicers put on these old ideas reek of desperation, though even their worst ideas can do some damage to abortion access in red states before they finally sputter out politically.

One particularly gothic idea — which has been traced back to model legislation written by Americans United for Life (AUL), the same group that constructed Texas's failed abortion restrictions — is requiring women who lose pregnancies, whether by miscarriage or abortion, to have what amounts to a funeral for the eraser-sized embryo.

Under these proposed regulations, abortion clinics and doctors that assist women with miscarriages must "have a medical waste company do the incineration and then deal with a licensed funeral home to do some sort of interment," explained Blake Rocap, the legislative counsel for NARAL Pro-Choice Texas, who is also running for the state legislature this year.

Anti-choice activists in Texas are trying to sneak these regulations, which many worry will even require a death certificate for women who miscarry or abort, in through the back door. Right now in Texas, the tissue from an aborted or miscarried pregnancy is treated like any other tissue resulting from medical procedures: It is incinerated and disposed of safely. But the state's health and human services commission, under pressure from Gov. Greg Abbott (who promptly launched a fundraising campaign off his efforts), quietly proposed adding the funeral requirement.

Under the proposed regulations, Rocap explained, “No matter what, some kind of interment or burial is required." Even if a woman lost the pregnancy in the first trimester. Even if she didn't know she were pregnant when she rushed to the hospital before a miscarriage. Even in cases of ectopic pregnancy, when a fertilized egg implants outside the uterus.

In a letter to the health commission, the Texas Medical Association notes that regulating the remains of a terminated pregnancy as if it were a dead body requires both a death certificate and the services of a funeral director. Opponents of this regulation worry that, at best, it will add thousands of dollars to the cost of miscarriage or abortion and, at worst, there will be no realistic way to comply. Funeral directors are in the business of burying actual bodies, not disposing of what looks, in most cases, like a really heavy period.

Similar regulations have been attempted in Louisiana and Indiana, but so far have been held up by the courts. Stephanie Toti, the Center for Reproductive Rights lawyer who successfully argued against the state of Texas in Whole Woman's Health, warned the state that passing this regulation would result in "costly litigation for Texas — litigation state taxpayers can scarcely afford, after the state spent over $1 million, exclusive of attorneys’ fees, defending the abortion restrictions struck down by the Supreme Court in Whole Woman’s Health."

AUL's return to equating the end of a pregnancy with the death of an actual child doesn't mean they've given up on trying to scare people into thinking abortion is dangerous, however. Now AUL insists that all it need to do is find better statistics that will surely turn up some previously undiscovered cache of women dying or going insane from legal abortion.

"The abortion advocates like to talk in vague terms about abortion but we need specifics," Clarke Forsythe of AUL told Politico, demanding some kind of nationwide statistical reckoning of abortion.

But, of course, we do have national statistics on abortion. The Centers for Disease Control have been tracking abortion statistics since 1969.

"Abortion has an enviable safety record, which we know because it is so well-studied," said Dr. Diane Horvath-Cosper, the reproductive health advocacy fellow at Physicians for Reproductive Health. "The Centers for Disease Control and Prevention partner with the states to collect extensive data and have documented the safety of abortion year after year. Individual researchers and social science organizations like the Guttmacher Institute also study abortion and the delivery of care. Peer-reviewed studies about the safety of abortion have appeared in prestigious medical journals, and providers of abortion care stay up to date on this research in order to deliver the safest care possible."

It's an article of faith on the right that abortion is dangerous — AUL claims that it causes mental health problems, fertility problems, and breast cancer — but those beliefs are based on wishful thinking, directly contradicting the actual evidence showing abortion is safe.

"The data are quite clear that childbirth is associated with a higher risk of death or serious complication compared to abortion," said Dr. Daniel Grossman, a physician at the University of California San Francisco, noted. "The U.S. Centers for Disease Control and Prevention do active surveillance of abortion deaths, so we would know if there were higher risks of death associated with the procedure."

Grossman also drew attention to the "Turnaway Study led by Diana Foster at UCSF," which shows that "women obtaining abortion are not at higher risk of negative mental health outcomes, compared to women with unwanted pregnancies who initially wanted an abortion" but were unable to get one.

More data will just prove even more resoundingly that abortion is safe, so it's puzzling that AUL and other anti-choice activists want to go down this road at all. So puzzling, in fact, that there's reason to worry that these efforts are not about tracking the safety data at all, but about finding some back-door method for right-wingers to access women's private medical data for nefarious purposes.

This fear is, sadly, based on experience. Earlier this year, under the guise of fact-finding about abortion safety, Missouri Republicans tried to get their hands on a list of names of women in the state who had abortions.

There's a lengthy history of right-wingers using government subpoena powers to leak this kind of delicate information to anti-choice activists. Bill O'Reilly, for instance, oh-so-mysteriously got ahold of private medical files for patients of Dr. George Tiller, after an anti-choice prosecutor in Kansas subpoenaed those records. In the past year, Rep. Marsha Blackburn (R-Tennessee) keeps "accidentally" leaking names and identifying details of doctors and researchers, acquired by subpoena, to anti-choice fanatics.

Considering the lengthy history of anti-choice violence against medical providers, this kind of behavior is deeply worrisome.

But it also shows the depths of desperation of the anti-choice movement. More data collection will just prove how safe abortion is, and funerals for embryos just remind everyone what kind of sick fantasy lives anti-choice activists have. The alternative of just letting women have sex lives without punishment or harassment is, apparently, more than they can bear. So the attempts to inject some degree of fear or shame into the lives of women who abort (or even just miscarry) get more baroque every round.