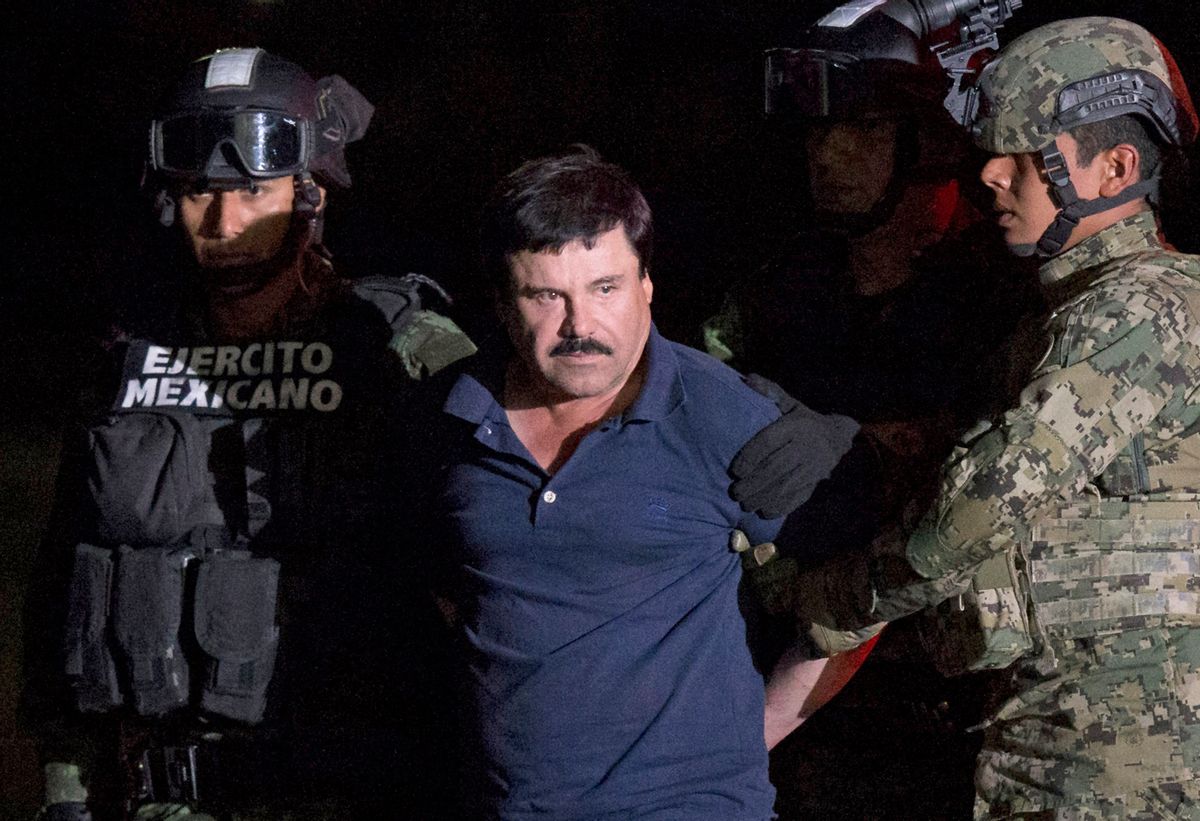 FILE - In this Jan. 8, 2016 file photo, Mexican drug lord Joaquin "El Chapo" Guzman is escorted by army soldiers to a waiting helicopter, at a federal hangar in Mexico City, after he was recaptured from breaking out of a maximum security prison in Mexico. The History channel says it's developing a drama series focusing on Guzman's story. Last year, Guzman had broken out of prison and was on the run when he had a secret meeting with Mexican actress Kate del Castillo and Sean Penn. The actor wrote about it for Rolling Stone. (AP Photo/Rebecca Blackwell, File) (AP Photo/Rebecca Blackwell, File)
--

Gunmen abducted Jesús Alfredo, 30, a higher-up in the Sinaloa Cartel — which his father headed before his arrest in January — along with five others from an upscale restaurant in the Pacific Coast resort town.

Jesús Alfredo and his older brother Iván Archivaldo Guzmán Salazar — the current leader of the Sinaloa Cartel — are wanted in the United States on federal drug trafficking and money laundering charges.

Recent affronts by rival gangs signal structural woes within the once-powerful Sinaloa Cartel following El Chapo's third arrest and ongoing extradition proceedings. After his very public escape from a maximum-security prison in July 2015, El Chapo was recaptured and is now under 24-hour surveillance at a prison near Ciudad Juarez, near the U.S.-Mexico border.

"Without doubt it’s bad news for security conditions in Sinaloa and the north-east of the country," Adrián López, editor of Sinaloa-based newspaper El Noroeste told The Guardian. "If it is confirmed that the kidnapping of one of Guzmán’s sons … [was carried out] by the [CJNG] we would add a new and powerful enemy for the Sinaloa cartel."