"Trump ought to really investigate this and where his chief adviser, what his association with the Russians are” 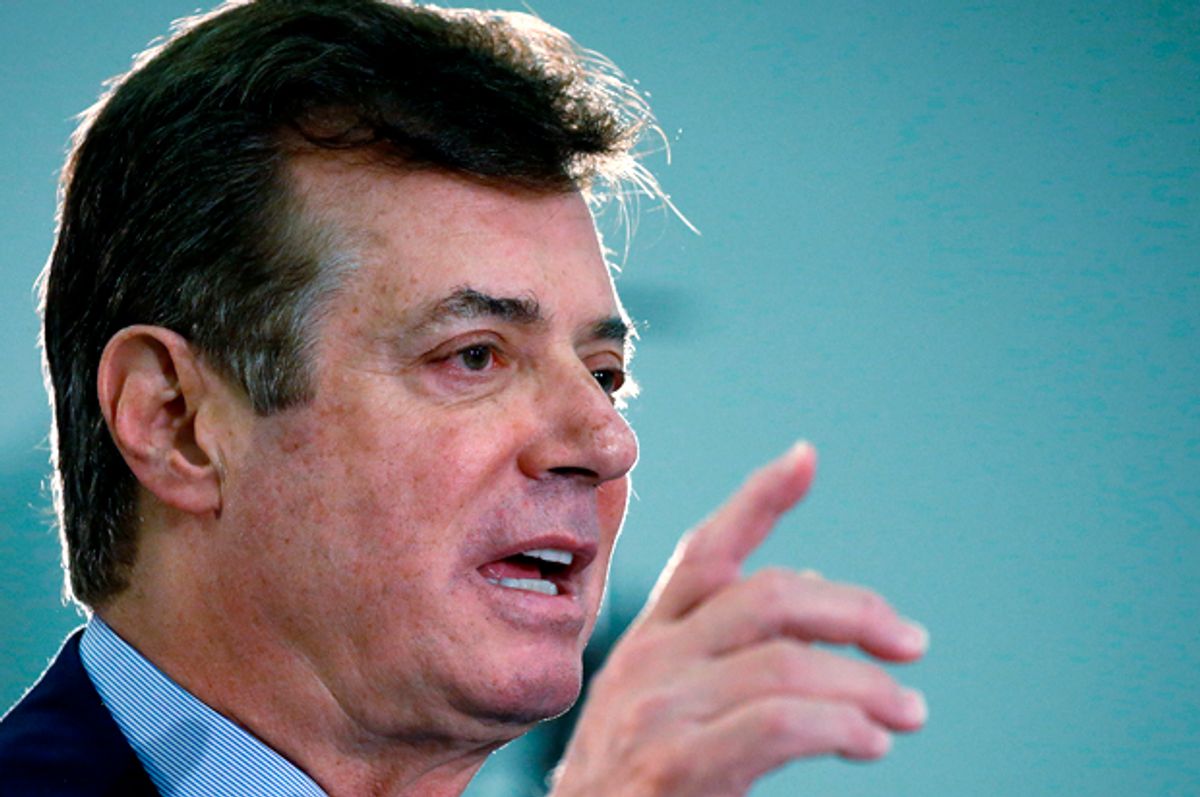 Paul Manafort finds himself facing lots of new questions surrounding his past work with the former pro-Russian regime in Ukraine following a pair of damning reports this week.

On Wednesday, Donald Trump announced that his campaign chairman was being bumped in favor of new campaign chief executive, Breitbart News Chairman Stephen K. Bannon. This campaign restructuring comes just days after The New York Times reported that Manafort’s name was found in a secret ledger in Ukraine, which listed more than $12 million in cash payments to the political operative who worked on behalf of Ukraine's pro-Russian political party from 2007 to 2012.

“It was [Manafort’s] political effort to raise the prestige of Yanukovych and his party — the confrontation and division of society on ethnic and linguistic grounds is his trick from the time of the elections in Angola and the Philippines,” reads the memo obtained by The Times. “While I was in Crimea, I constantly saw evidence suggesting that Paul Manafort considered autonomy [from Ukraine] as a tool to enhance the reputation of Yanukovych and win over the local electorate.”

“The project was structured in ways that obscured the foreign party's efforts to influence U.S. policy."

“The revelation was described to the AP by people directly knowledgeable about the effort," the Post reported. "Under federal law, U.S. lobbyists must tell the Justice Department if they represent foreign leaders or their political parties. A violation is a felony and can result in up to five years in prison and a fine of up to $250,000.”

Coincidentally, Trump announced that he would require “senior officials” in his administration “to sign an agreement not to accept speaking fees from corporations with a registered lobbyist for five years after leaving office or from any entity tied to a foreign government” during his speech Tuesday evening:

But Trump's recent changes to his campaign and promise to keep his administration clean of shady lobbyist like his campaign chairman is not enough for one doubtful Republican congressman.

Illinois Rep. Adam Kinzinger called for an investigation of Manafort's dealings on Tuesday.

“I think Donald Trump ought to really investigate this and where his chief adviser, what his association with the Russians are,” the Illinois Republican said to CNN’s Jake Tapper.

“We do know there was a push for some reason at the RNC to take offensive weapons out of our platform,” Kinzinger said. “That wasn't anything anybody was talking about, it just happened. There’s been this affection in the campaign for Russia and Vladimir Putin.”