No, Hillary won't have a mandate: If Clinton wins, she won't be empowered the way Democrats hope 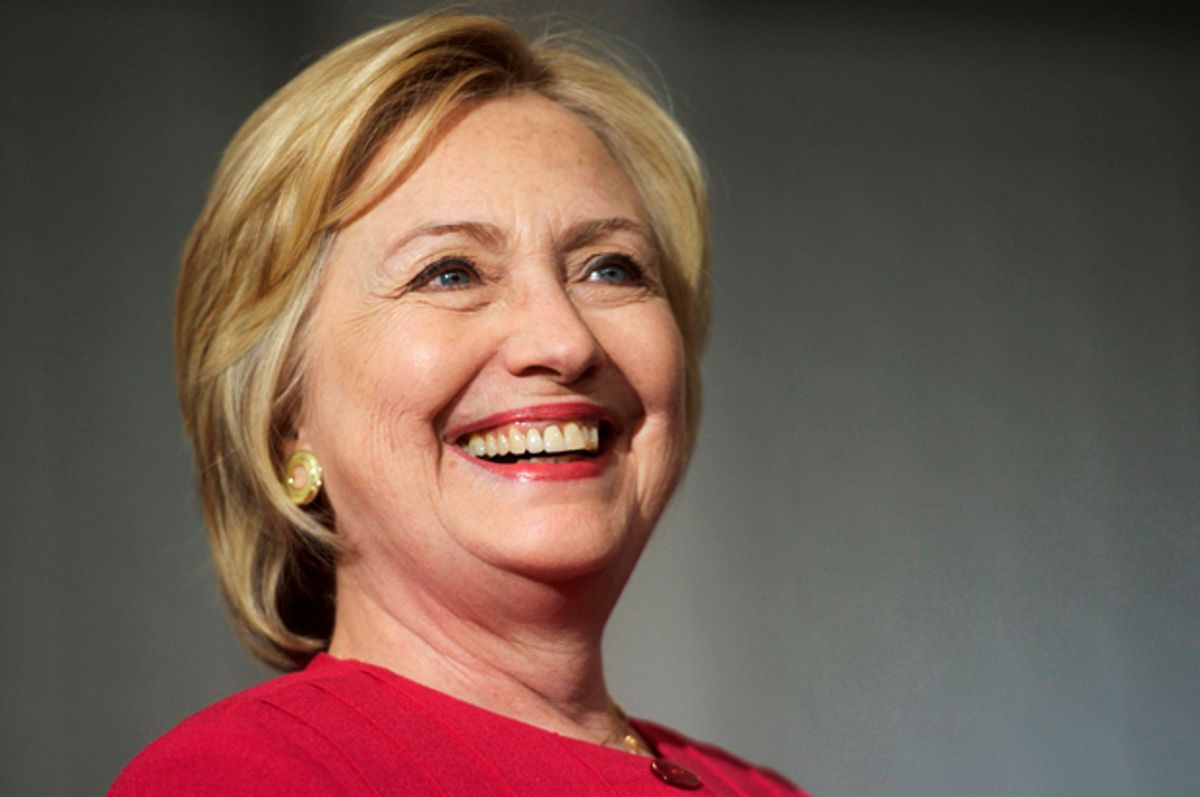 There may be no more shopworn and meaningless cliché in politics than the idea of election winners having mandates. Yet you hear about it all the time. A president who wins election by any margin large or small will claim a mandate to push through his policy agenda. A party that wins congressional majorities will claim a mandate to either support or oppose the president, depending on the president’s popularity or whether he is a member of the opposition party.

The idea of a governing mandate has come up recently as Hillary Clinton’s lead over Donald Trump has grown ever larger. Assuming the lead holds up and she wins in a landslide, does that mean a mandate for her agenda? If she wins with a great deal of support from the voters who went for Bernie Sanders in the Democratic primary, does that mean she has a mandate from the voters to push hard for progressive legislation in Congress?

Conversely, if Clinton earns a great deal of support from Republicans, does that mean a mandate from the voters to push more moderate, centrist policies? Or, given that many conservatives will have voted against Trump not because they prefer Clinton’s policies but because they see the Republican nominee as a unique threat to the nation that must be defeated at all costs, will they then be able to claim that no Clinton mandate exists because the election was a referendum on American democracy, not the leftward or rightward tilt of it?

The answer, of course, is that talk of a mandate for any winning politician in the highly polarized environment of our elections is just that – talk. The idea of a mandate can be waved around to justify a politician or party’s behavior after just about any election. We keep assigning the presence or absence of one to presidents without considering the fact that Congress, being a co-equal branch of government, can also claim mandates, and will do so when it’s politically convenient.

Take George W. Bush. The former president narrowly won re-election over John Kerry in 2004 by a paltry 3 million votes, barely carrying himself over the winning threshold in the Electoral College, which he won 286 to 251. Bush reacted as if the ancient Romans had just allowed him to name himself emperor, declaring the night of the election that he had earned a “broad, nationwide victory.” He also declared that he had earned “political capital” and he planned to spend it.

Part of this mandate in Bush’s mind involved an overhaul of Social Security. But his plan proved so unpopular that both Republicans and Democrats in Congress opposed it, and no legislation ever made it to the floor of either chamber. When Democrats won back the majority in the House of Representatives in the 2006 midterms, they could plausibly claim that their opposition to Bush’s Social Security overhaul was part of the reason why.

The presidency of Barack Obama is even more instructive. Obama beat John McCain in 2008 by 10 million votes and Mitt Romney in 2012 by 5 million. He beat McCain in the Electoral College by almost 200 votes. Not only that, the Democrats in 2008 notably increased their congressional majorities in both chambers. If anyone could have been said to have a governing mandate, it would have been Obama and his party.

We all remember how graciously the Republicans accepted this mandate, of course. And riding their obstructionism to large victories in the 2010 midterms plausibly allowed them to claim a mandate to roll back Obamacare and fight the president even harder on every single function of government. Lately, they have used their winning the Senate majority in 2014 to claim a “mandate” to not so much as hold a hearing for Obama’s nominee Merrick Garland to replace the deceased Antonin Scalia on the Supreme Court.

Hillary Clinton will face no less recalcitrant a Congress. Republicans are still expected to keep control of the House, which you can be sure Paul Ryan will use to claim a “mandate” to fight Clinton’s agenda, even if the House Democrats overall score more votes in the election, as they have done in recent years.

Meanwhile, even if Democrats retake the Senate as expected, they will still not have a 60-vote supermajority. You can be sure Mitch McConnell will find some excuse involving “the will of the people” (by which he will mean the will of Republican voters) to slow down Clinton’s agenda while waiting for the 2018 midterms, when the GOP will be favored to win back the Senate majority and thus claim a mandate to roll back anything President Clinton has managed to accomplish.

This is not to say that Clinton will be unable to accomplish anything. She will still have executive orders at her disposal, and judicial (at lower levels than SCOTUS) and executive branch appointments that can’t be filibustered, thanks to rule changes the Democrats instituted in 2013. Despite the appearance of polarization, some legislation will still make it through Congress. If the GOP is in any sort of disarray after the election, Democrats may be able to pick off a few members and get support for some priorities.

But a mandate for a president is an illusory and meaningless term. It would be better if we didn’t bother to use it.