It's time: Hillary Clinton must push to make the public option a reality

Aetna's decision to exit Obamacare exchanges is a reminder that the U.S. must take the next step in health care 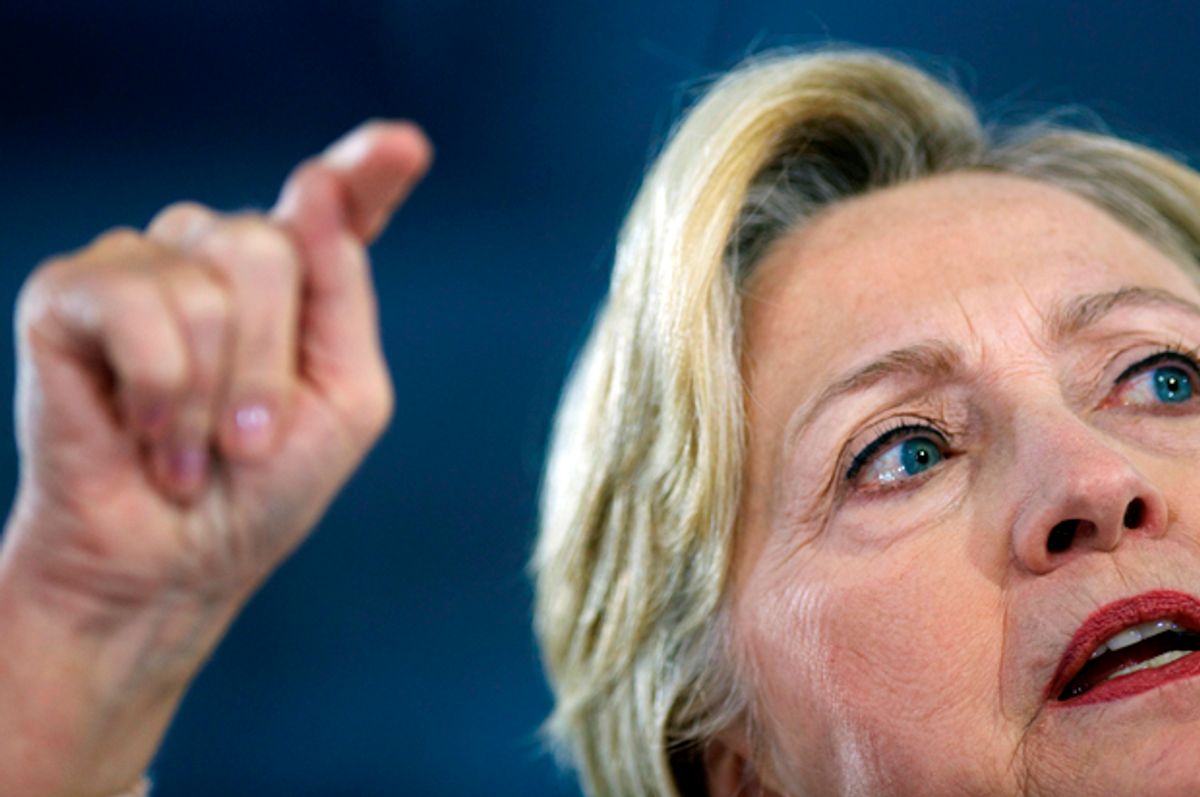 In a move that will almost certainly help cement the public’s view that health insurance company executives are greedy, amoral ogres, Aetna announced this week that it is pulling out of multiple Obamacare exchanges, forcing nearly a million customers across 11 states to find new insurance in markets where their options will have been greatly reduced.

Now, refusing to participate in the exchanges is not by itself a greedy and amoral move. Obamacare is premised on keeping the free market as a major driver of America’s health insurance system, as opposed to adopting some version of single payer. If a health insurance provider finds participating in the exchanges to be an unacceptable drain on its profits, it is free to stop doing so.

What makes Aetna’s move stink is the possible reason for it, as reported by the Huffington Post:

But the move also was directly related to a Department of Justice decision to block the insurer’s potentially lucrative merger with Humana, according to a letter from Aetna’s CEO obtained by The Huffington Post. […]

[I]n a letter to the Department of Justice, Aetna CEO Mark Bertolini said the two issues were closely linked. In fact, he made a clear threat: If President Barack Obama’s administration refused to allow the merger to proceed, he wrote, Aetna would be in worse financial position and would have to withdraw from most of its Obamacare markets, and quite likely all of them.

In a nutshell, Aetna and Humana had announced a $33-billion merger in July of 2015, pending regulatory approval. Last month, the Justice Department sued to block it on the grounds that merging two of the nation’s five largest insurance providers was an antitrust violation that would strangle competition in the marketplace.

In response, Bertolini sent the letter threatening to pull out of the markets. When the DOJ didn’t cave, Aetna went ahead and announced it will do just that.

It is hard to say how much of this is genuine worry about the combined companies’ financial viability and how much of it is hard-nosed, high-level negotiation. As Nicholas Bagley pointed out, firms will bluster about this sort of thing, and regulators have to walk a fine line between listening to their concerns while keeping them honest. For example, while Aetna might be telling the truth about financial viability in some markets, one of the 11 exchanges it is dropping (out of 15 the company participates in) is Pennsylvania, where the company actually made a nice profit last year.

What is beyond dispute is that nearly a million people are about to lose their health insurance and be thrown back onto the exchanges. With Aetna gone and competition reduced, those people could find themselves forced to buy even more expensive plans with reduced coverage.

You know what would be enormously helpful? Some sort of government-funded insurance plan, that much-discussed “public option” that had to be tabled to push the original Obamacare through the Senate. A public option on the exchanges Aetna is about to abandon – and on every other exchange – could put downward pressure on the prices of the remaining insurers who would be competing with the government for customers.

With the Republican Party flat-out refusing to consider any fixes to Obamacare short of completely repealing it for the last few years, there is no reason to think Congress will take up the task of creating a public option in the near future. Especially this fall, with an election coming up.

Which is why Clinton should promise to make passing a public option a priority for the first year of her presidency. Right now. Today. Hold a campaign event in one of the affected states and roll that sucker out.

It’s worth noting that Clinton only adopted a public option into her campaign platform in response to pressure from the left in the primaries, when Bernie Sanders was pushing a “Medicare for all” scheme. She now has a chance to flesh out the details of such a plan, especially in opposition to Donald Trump, whose own health care plan he sums up as “Repeal Obamacare and replace it with something terrific.”

At the same time, Clinton could push the voters to send more Democrats to Congress to make it more likely a public option would get sent to her desk in the White House. With Trump’s poll numbers cratering, there is a strong chance Democrats will retake the Senate and at least pick up seats in the House. With the presidential campaign looking more and more like a rout already, there is no reason not to spend the next 80-plus days focusing on helping her party with congressional races.

It has to be worth a few votes in the crucial swing state of Pennsylvania, at least. Where a competitive Senate campaign happens to be going on.

Will Clinton grab the opportunity? I don’t know. But she has shown herself receptive to pressure from the left if applied at the right time. This seems like it could be such a moment.