Mired in "uncertainty" — and nine other things top CEOs are saying about the election, the economy, and the American consumer 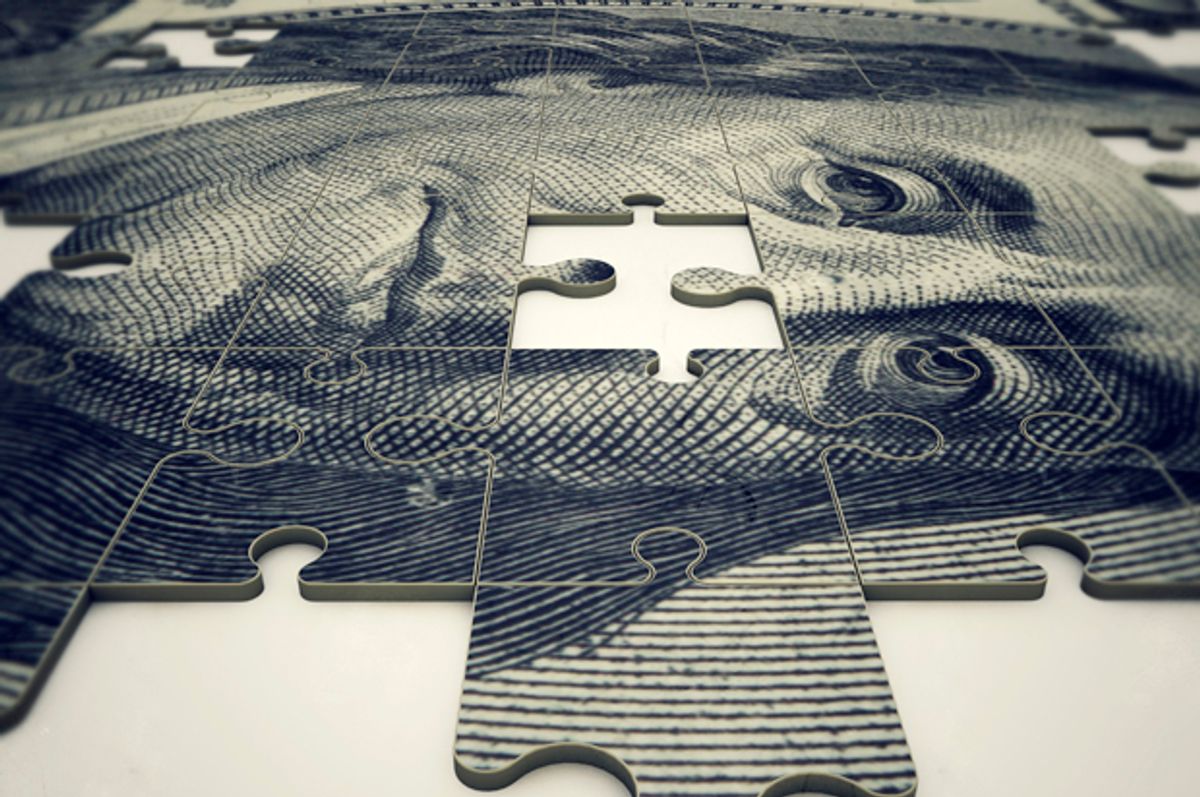 With the second quarter corporate earnings season almost over, some of the nation’s most powerful executives have painted a broad picture of the economy and the mindset of the American consumer ahead of the Nov. 8 presidential elections.

If there was one popular buzzword peppered through the C-suiters' conversations with analysts it was “uncertainty.” With the candidates presenting two radically different economic proposals that will impact household and corporate budgets, the feeling of uncertainty is rooted in reality. A sluggish global economy is threatening to pull the U.S. down with it, a robust dollar is pummeling the country’s ability to export and the GOP appears to be locked in infighting over The Donald Effect. Consumer spending is basically the only solid pillar holding up this year’s lackluster U.S. economic growth.

On a brighter note, U.S. businesses are continuing to hire and wages are gradually creeping up. But low inflation continues to be a concern, as does a high number of Americans (particularly men) who have dropped out of the labor force and aren’t even counted as unemployed

As of Tuesday, more than ninety percent of S&P 500 companies had reported their earnings for the three months ending in June. Profits are down 2 percent compared to the same period last year, a fifth straight quarterly decline weighed by a huge drop in the massive U.S. energy sector, according to S&P Market Intelligence. The strongest growth – 14 percent – has been in consumer discretionary spending, which includes demand for cars, smartphones, hotels and travel.

Here’s what some top executives have been saying:

Michael O. Fifer, head of gun-maker Sturm, Ruger & Co., which saw gun sales jump 19 percent in the second quarter: “We hope [our] call-to-action inspires our customers and all freedom-loving Americans to take action in support of the Second Amendment, especially in the month leading up to the November election . . . I've no doubt about it: the makeup of the Supreme Court is on the ballot this November and, therefore, the Second Amendment is also firmly on the ballot.”

Greg Creed, CEO of Yum Brands (owner of KFC, Pizza Hut and Taco Bell), which reported sales were flat at stores open for more than a year: “I call it a malaise in the U.S. … There was an interesting report out yesterday that [said] 75 percent of people 18 to 30 believe that the U.S. is either falling behind or failing as a nation … So that's not particularly good news.”

Everyone is eating out less. . .

J.J. Buettgen, chairman, president and CEO of Ruby Tuesday, which reported a second quarter loss and announced the closing of 95 restaurants: “In terms of what's driving the slowdown [in U.S. restaurant sales], it seems like there's a couple of things going on  … There's a line of thought that to some degree people are concerned about global issues, the state of [the] country, election issues, those type of things.”

McDonald's CEO Stephen Easterbrook, whose company reported weak U.S. growth: “I think generally, there's just a broader level of uncertainty in consumers' minds at the moment, both trying to gauge their financial security going forward, you know, whether through elections or through global events, people are slightly mindful of an unsettled world.”

Todd Penegor, president and CEO of fast-food chain Wendy’s, reported weaker-than-expected sales growth: “When a consumer is a little uncertain around their future and really trying to figure out what this election cycle really means to them, they're not as apt to spend as freely as they might have even just a couple of quarters ago. … And there is a little bit of tightening on the disposable income, especially on the low-end [of earners].”

But Americans are immune to global issues, for now. . .

Spencer Rascoff, CEO of online real-estate seller Zillow, which reported a big jump in revenue for the second quarter amid a strong home-buying market: “American household budgets and balance sheets are stronger now than in 2008 . . . Despite global issues stemming from China and commodities, we just aren’t seeing them negatively affect most American households. It’s possible that these global issues will affect American consumers at some point, especially if companies slow hiring, but for now the global economic issues seem confined more to Wall Street.”

Marianne Lake, chief financial officer, JP Morgan Chase & Co., which reported better-than-expected revenue and profit for the second quarter:  “The labor market continues to be solid and improving and sentiment is still good, housing still improving  . . . consumers are in very good shape and [consumer loan] demand is there.”

Craig Menear, president and CEO of The Home Depot, which reported revenue, profit and store-sales traffic growth, and said the rest of the year would see more of the same: “We are fortunate that we are in a space where the customer is willing to spend. That's clearly driven by the dynamics that exist in the housing market overall.”

Harvey Schwartz, chief financial officer for Goldman Sachs, which joined other U.S. financial institutions in a rebound from weak earnings last year:  “I think this cycle will have its unique aspects to it versus other presidential cycles, but historically there’s always been some element which may have ultimately deferred a decision that a client might make to a later period.”

Banks are ignoring talk of recession. . .

Richard K. Davis, head of U.S. Bancorp, which reported better-than-expected revenue and profit growth in the second quarter: “For the word ‘recession’ being bantered about lately by a lot of parties, we don't see it.”

And automakers have no concerns about a subprime-lending bubble — because that's never hurt us before, right?

Robert Shanks, chief financial officer for Ford Motor, which like other automakers continues to benefit from low borrowing costs fuelling strong demand for new cars:  “I think this is our point of view from just looking across the industry, there continue to be articles about subprime problems or a big increase in subprime. We just don't see that. Well, it certainly hasn't been the case for us.”