Two American swimmers were pulled off an airplane, their passports confiscated, and were held by Rio police 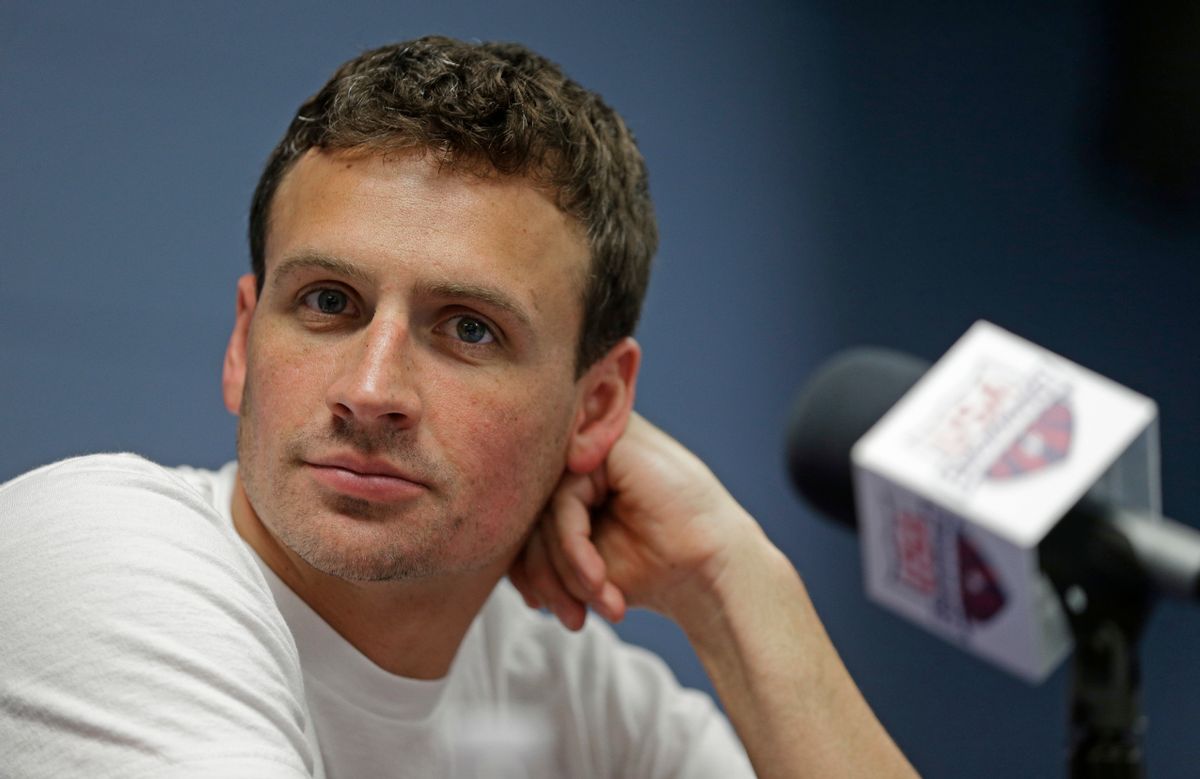 FILE - In this May 12, 2016, file photo, Ryan Lochte listens to a question from the media in Charlotte, N.C. Missy Franklin and Ryan Lochte will be busy in the pool at the Rio Olympics. Just not as busy as they wanted to be. The two popular stars from the U.S. swimming team four years ago in London have just three individual events between them in Rio, hardly the frenetic schedule they've grown accustomed to over the years. (AP Photo/Chuck Burton, File) (AP)
--

According to the report, Lochte and the other American swimmers, James Feigen, Gunnar Bentz and Jack Conger, got in a taxi for the Olympic village after a night of partying at Club France, part of the French hospitality area, early Sunday morning when they were robbed by individuals posing as armed police officers.  Speaking to NBC's Billy Bush on the beach later Sunday afternoon, Lochte explained the chain of events:

And then the guy pulled out his gun, he cocked it, put it to my forehead and he said: 'Get down,' and I put my hands up, I was like 'Whatever.' He took our money, he took my wallet. He left my cellphone, he left my credentials.

However, the coach of the U.S. men's swimming team seemed to discount his athletes' accounts early Sunday and a spokesman for the International Olympic Committee was quick to dismiss the swimmers' account as "absolutely not true," before later retracting the statement.

Wednesday evening, noting inconsistencies in the swimmers' stories, a judge ordered the U.S. swimmers to turn over their passports and remain in Brazil. Conger and Bentz were pulled off a U.S. bound airplane late Wendesday, their passports confiscated, and were held by Rio de Janeiro police for four hours. Lochte had already returned to the U.S. and Feigen, who was scheduled to be on the same flight as Conger and Bentz. told USA Today that he was still in Rio and intends to cooperate with authorities.

An attorney for the swimmers confirmed they were released from custody, but said they will not be allowed to leave Brazil until they testify about the robbery, the Associated Press reported.

“One of the swimmers was seen on CCTV footage breaking down the door to the bathroom at the gas station and fighting with a security guard” on the night of the incident, a Brazilian police official said in a statement Thursday:

The Special Tourism-Support Police Station informs that, on this date, August 17th, in the investigation of the theft suffered by swimmers from the American Olympic team, a warrant ordering the search and seizure of the passports of James Ernest Feign and Rayan Steven Lochte was issued by the Court for the Support of Fans and Major Events. This morning, the Civil Police appeared at the Athletes’ Village to fulfill the order, however the aforementioned athletes were not located. The Civil Police duly reported the measure to the Federal Police.

Investigations are currently underway. The Civil Police requested that the taxi driver who transported the athletes from the party at the Brazilian Equestrian Society to the Athletes’ Village enter in contact with the DEAT or with the Citizen Services Center (CCS) at the following telephone numbers: (21) 2334-8823, (21) 2334-8835.

At least one of the swimmers can be seen fighting with the security guard and one of the Americans was shown breaking down a bathroom door during the melee, according to ABC News.

The BBC outlines some of the inconsistencies in the swimmers' story.