Union and conservative, better together: What happens inside the life of a union is vital for politics of our future

In the experience of union democracy, men and women shape their political visions 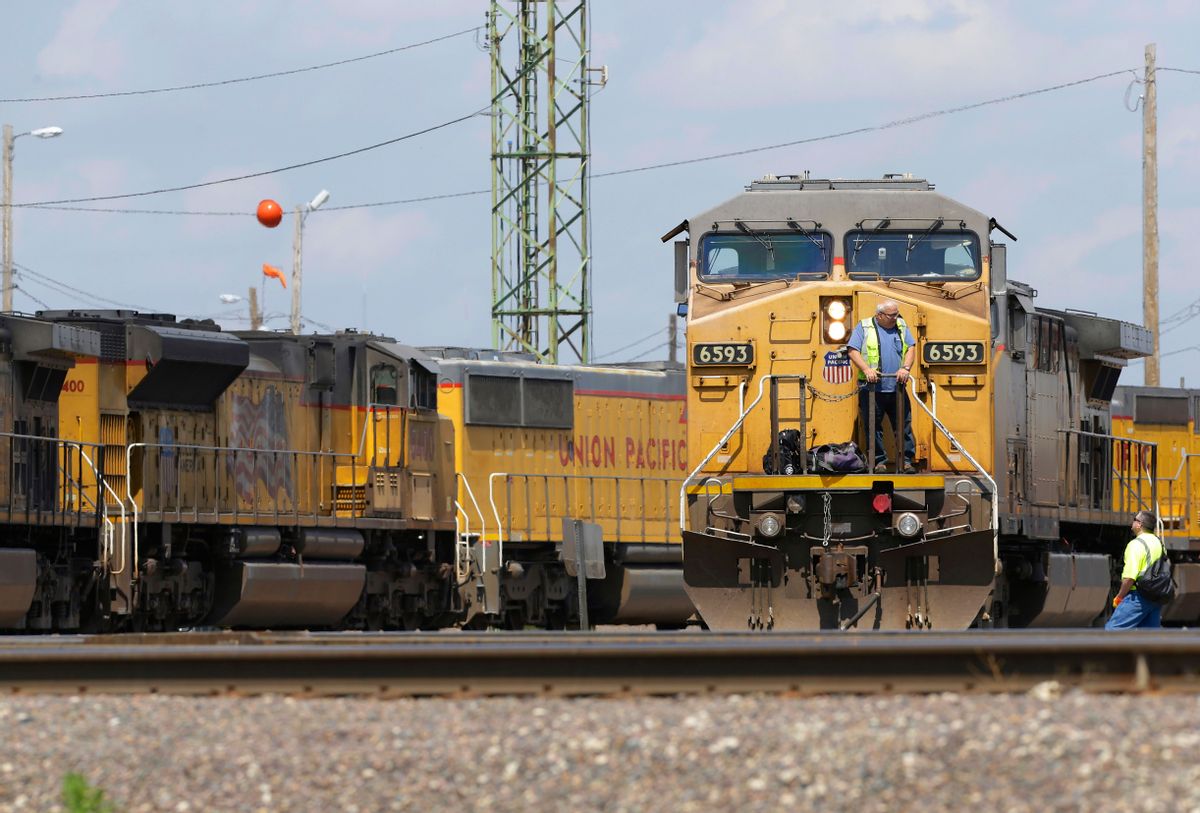 In the current New York Times Saturday Review piece, The Decline of Unions and the Rise of Trump, author Neil Gross begins to explore some important questions about the white working class and unions. He points out that unions have lost the presence they once had in our society and names the political implications of that change. Yet it is also true that what still happens inside the life of a union is vital for forging the politics of our future and countering the worst elements of what is afoot today.

Over the last 25 years we, the authors, have been blessed to work with working-class Americans, union members and non, liberals and conservatives and we have seen firsthand what working Americans, collectively self-organized around a shared purpose, are capable of contributing to our politics.

Gross clearly explains the democratic and anti-authoritarian experience that comes with union membership, which is indeed an important insight. Though it is worth noting that the working class is not uniquely susceptible to an authoritarian bias — significant numbers of voters earning over $70,000 per year have voiced support for Donald Trump.

Yes, in the face of what working-class people deem to be unfair and hopeless conditions, they may turn to a strong source of authority but not because it is in their DNA but because they see no other realistic remedy.

There are a number of other practices that happen within the life of the union that are crucial in terms of their value to our culture and our democracy.

Inside their unions, working people build a place where the left and the right, the radical and reactionary, and the liberal and conservative elements of our society coexist, and out of them a new politics can be born. It is a common good politics that contends we are better together and at our best when family, work and place are at the center of our shared commitments. This comes out of the real-life union experience of deeply held values passed on from generation to generation.

It is in the experience of union democracy that men and women shape their political visions. Unions are the place where the fundamentally conservative beliefs and the fundamentally radical orientations of working-class Americans can be integrated into a true and coherent populist politics that is neither conventionally left nor right.

The practice of unionism builds solidarity through the powerful experience of common values and shared risk that comes with standing together on a picket line with someone of a different race; or maybe working alongside someone for the first time from a different country. It is the actual lived experience that people regardless of where they come from or what they look like can stand together against the owners of the corporations where they work and can secure a fair wage for everyone.

It is not that they stop being "fooled by the right" or "stop being racist" but rather they actually experience the power of coming together and standing up against an employer where they, as an individual, have little power or standing. This is very different than the experience of many working-class people today who are isolated, pitted against each other and whose efforts to join together in a common enterprise are undermined and resisted viciously by some of the largest corporations in America; too often with the tacit approval of our elected officials.

With less than one in 10 American workers experiencing solidarity through union membership, which means nine in 10 simply experience their workplace as an isolated endeavor against the power, often authoritarian, of the manager or the employer.

So, it is no surprise that the “I must do it on my own" default position is embedded among working-class people. That position insists each of us on our own must figure out how to get by. That narrow self-interested thinking makes little room for the experience of working together for common goals or gaining strength and mutual support from others.

Ultimately, this individualistic response exists in a context of the white working class’ lost dreams for their children, epitomized by a dramatic decrease in their life expectancy and skyrocketing rates of addiction and suicide, while living wage jobs, notions of vocation, continue to disappear.

The common good politics that stands against this, and is cultivated in the union experience, understands first and foremost that we labor so we can provide for our families. It is not the abstract idea that unions fight for economic justice that reflects working-class values as much as the tangible ways in which a union job insures you come home safe from work, have health benefits for your family and can take your kids on vacation.

A society where family life is celebrated and hard work is rewarded is one that connects with many working-class Americans, union or not, and for that matter most Americans overall.

Second, it is about the dignity of work. Work should be paid so that it provides enough to support families and should be dignified and honored. It is the dignity that comes with laboring on a construction site or sweating on the factory floor; vocations that must be recognized and rewarded.

It is the respect we must give to workers who clean toilets, pick up the trash and flip burgers. This is not throwaway work done by throwaway people but work that must be dignified.

And third, it is about a politics of place. In this politics, important are the streets, neighborhoods and communities where people have real defining experiences, meaningful relationships with neighbors and where union values are also practiced. This might be at odds in some ways with the vision of mobility that has been highlighted in our increasingly high-tech global economy.

There is a belonging, in the larger sense, to my country that I serve, defend and protect; a loyalty to my faith or tradition that I am partial to, not at the expense of all others but because it is mine and I am proud of its teachings, its values and its stories.

This may sound radical or maybe not, but the politics of family, work and place is the politics of working-class Americans. It is a politics carved out of working together for the common good. It is born of deeply held values and is forged through the bonds of mutuality. It is fundamentally developed through participation in a union. It is a politics that can be harnessed to move us forward toward solutions and not rhetoric, to common ground and not divisiveness, and it represents values that we must demand of our candidates for public office this election season.