"Normally, the only time a 70-year-old billionaire is asking black people for help, it’s usually their nurse" 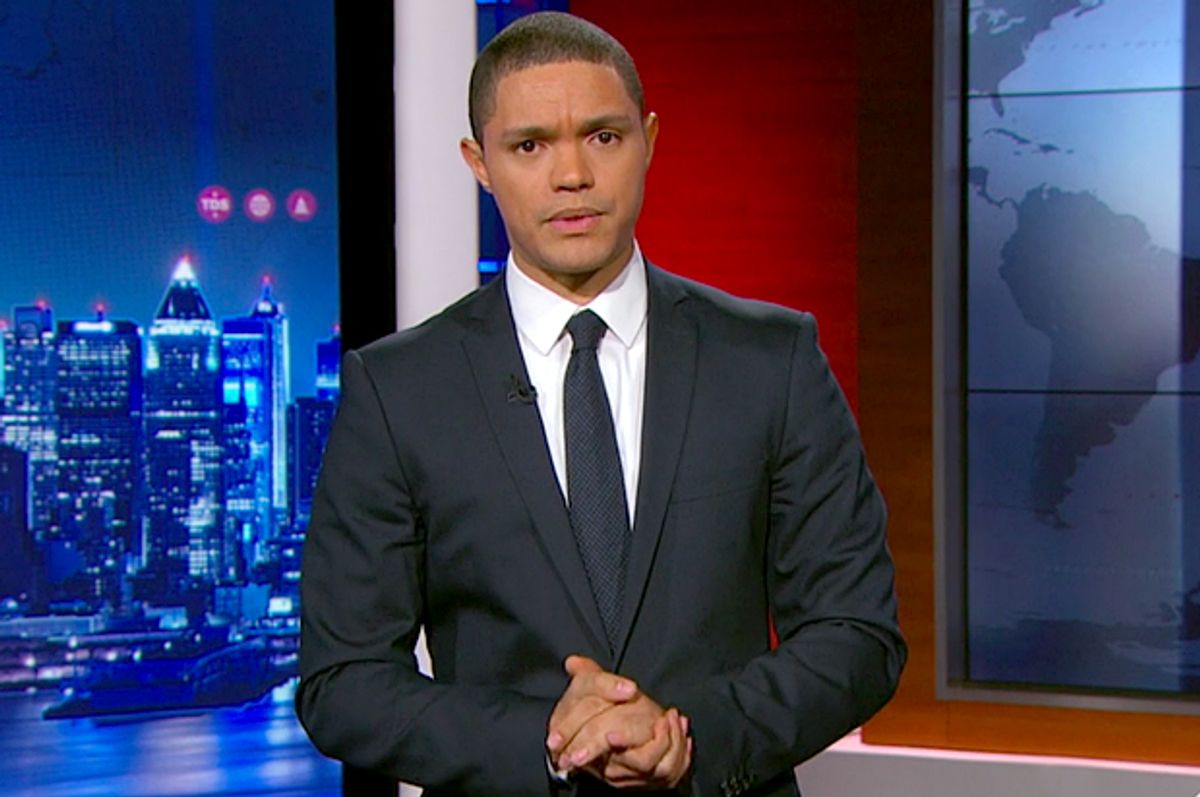 On Wednesday's edition of "The Daily Show," host Trevor Noah lit into Donald Trump for attempting to appeal to black voters in front of an all-white crowd, in a Wisconsin city that is 95 percent white.

"Which, technically, the Trump campaign has -- so I guess it makes sense," he added.

Noah then allowed Trump to continue, so he could explain that "the narrative of cops as a racist force in our society has been pushed aggressively for years and now by our current administration and pushed by my opponent, Hillary Clinton -- you know is a totally false one."

Besides the fact that black voters aren't likely to be thrilled by Trump's emphatic implication that his white audience knows the real truth about the relationship between police forces and inner city communities, the problem with his statement is, as Noah says, that Trump "is implying the only reason black communities feel oppressed isn’t because of their experiences -- no, it’s because of the Democrats who have tricked them."

"Like before that," he continued, "black people didn’t know what’s happening to them? Like black people were surprised? Democrats came and they were like, ‘Wait, what? This is oppression? I thought the officer was massaging me with his night stick!'"

Watch the entire segment below via Hulu.