Attorney Glen Keith Allen, who was hired to defend Baltimore police, is a former member of a neo-Nazi hate group 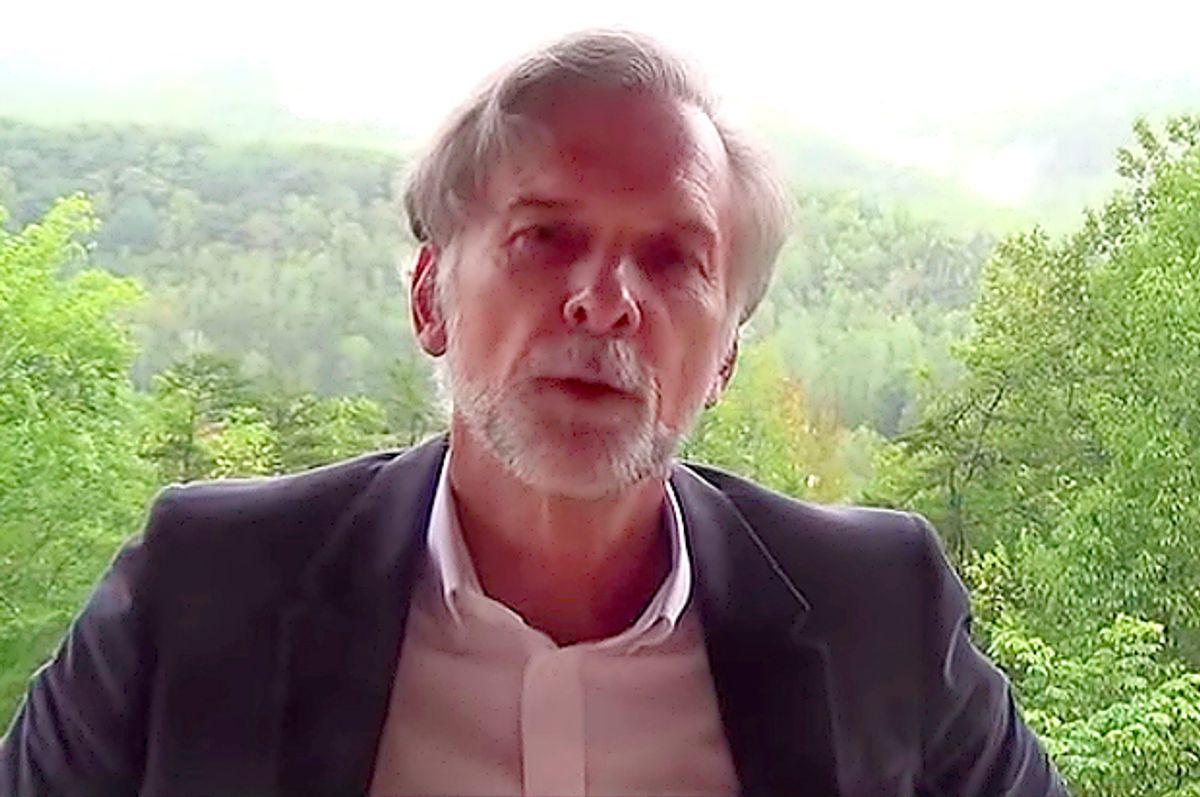 The city of Baltimore hired a Nazi-linked lawyer to work in its law department. He was defending the Baltimore Police Department in a lawsuit alleging that it had wrongfully imprisoned a black man for 19 years.

That is, until this week. The Southern Poverty Law Center, the leading monitor of hate groups in the U.S., revealed on Wednesday, Aug. 17 that attorney Glen Keith Allen, 65, was a longtime donor to and former member of the National Alliance, a neo-Nazi hate group.

The next day, the office of Baltimore Mayor Stephanie Rawlings-Blake announced that it had ended its contract with Allen.

Allen was working in Baltimore's Litigation and Claims Practice Group, which the SPLC called "one of the most aggressive and successful defenders of police misconduct in the country."

Records obtained by the Southern Poverty Law Center, or SPLC, show that Allen has been involved with white supremacist groups since the 1980s.

The lawyer claims he is no longer a white supremacist, but he agreed with Baltimore’s decision to let him go.

"The city should investigate the way they're bringing people into the department, who they're recruiting and how they're vetting them, because this is a problem," said Heidi Beirich, the director of the SPLC's Intelligence Project and the author of the study on Glen Keith Allen.

"It’s not like Allen’s involvement in these groups was hidden. You could have googled him and found out about it," Beirich told Salon. "There was a lot of information about him out there."

Allen was a dues-paying member of the neo-Nazi National Alliance for years. Receipts show he subscribed to the hate group's racist publications, bought a Holocaust denial DVD it sold and paid for entrance to its Holocaust denial conference.

"Glen Allen, thank you for your support and for contributing to a brighter future for our people," one of the receipts reads.

Allen was also mentioned in a letter by William Pierce, the founder of the neo-Nazi National Alliance, whose white supremacist novel "The Turner Diaries" helped inspire the 1995 Oklahoma City bombing.

FEC records cited by the SPLC show Allen made political contributions to the far-right political party the American Eagle Party. A post on the neo-Nazi forum Stormfront identifies him as an officer in the party.

The neo-Nazi Vanguard News Network also identified Allen as an attorney for the National Alliance.

In March 2015, Sabein Burgess sued the Baltimore Police Department and city of Baltimore. Burgess, who is black, spent 19 years in prison for a crime he says he did not commit. In 2014, he was released, and the murder charges against him were dropped. His lawsuit accuses the police of withholding and fabricating evidence against him.

"We’re glad to see Baltimore took this action," Beirich told Salon. "We have obvious concerns with a person like Allen, with his extreme views, being involved in the Burgess case. It was the right thing to do."

Beirich said it was neglectful on the part of the Baltimore government to hire Allen. "It's weird that you wouldn't do some kind of basic background check on him," she said.

The city of Baltimore said it is investigating the case.

Baltimore has become a key city in Black Lives Matter protests against police brutality and systemic racism. Massive demonstrations erupted in 2015 in response the killing of unarmed black man Freddie Gray in police custody. His spine was 80-percent severed at the neck and his death was ruled a homicide, but the charges against the six police involved in the case were all dropped.

A 2015 ACLU study cited by the SPLC analyzed 109 police killing incidents in Maryland between 2010 and 2014 which found that black Americans were significantly more likely to be targeted. Only two police officers were ever charged in these 109 cases, and one was acquitted by a jury.

Allen told the New York Daily News that he was approached and hired by Baltimore's city solicitor.

Beirich said the SPLC called Baltimore's law department, the communications staff at the mayor’s office and others, but no one would speak on the record or return her calls.

"I wanted to get information about the vetting process, but no one would talk to me," she explained.

In an interview on Friday, Allen distanced himself from hate groups and insisted he is not a white supremacist. He did, however, say he thinks "it’s healthy to identify with your racial past, your ancestors," adding, "I do think there’s an amount of identity, pride in your race, that’s not permitted today."

Allen also attacked the Southern Poverty Law Center, which he called "a pretty disgusting organization." The SPLC is frequently the target of far-right conspiracies.

Beirich noted that it is hard to tell how widespread the problem of right-wing extremism is in the U.S. government.

"There are racist extremists in positions of power and have been — in police departments and other places, without a doubt judges — and so we shouldn’t be naive that these ideas are only in the stereotypical white trailer park. That’s not the way it is," she explained.

The SPLC researcher also warned that, in the past 16 years, there has been a huge increase in the number and activity of hate groups in the U.S.

"With the Trump campaign this last year, and with white supremacists being particularly emboldened and excited, we're going to have more hate groups," Beirich said.

"Trump is appealing to that nativism and xenophobia and it's a serious problem that we're going to have to address."