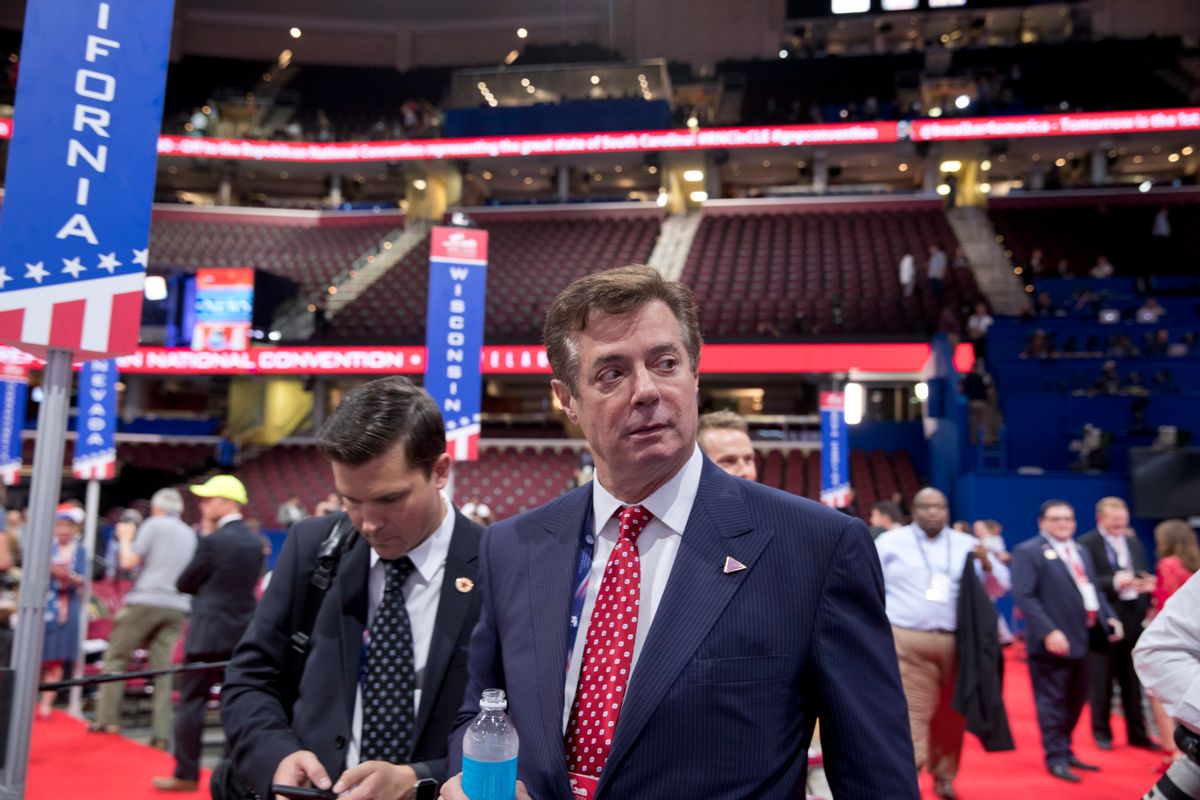 News of the shake-up is far from shocking, as just last weekend, Trump hired Breitbart News' Stephen Bannon and GOP pollster Kellyanne Conway as his campaign CEO and manager, respectively.

With Manafort's resignation foreboding and the Trump campaign's turnover rate as rapid as it is, the overall tenor of Twitter responses was appropriately jokey:

There are, though, some of examples of how not to respond.

Exhibit B) The Trump apologist thanking a shadowy lobbyist for his service:

Exhibit C) Nationalist bidding adieu to seemingly the only member of the campaign who kept Trump on-script: