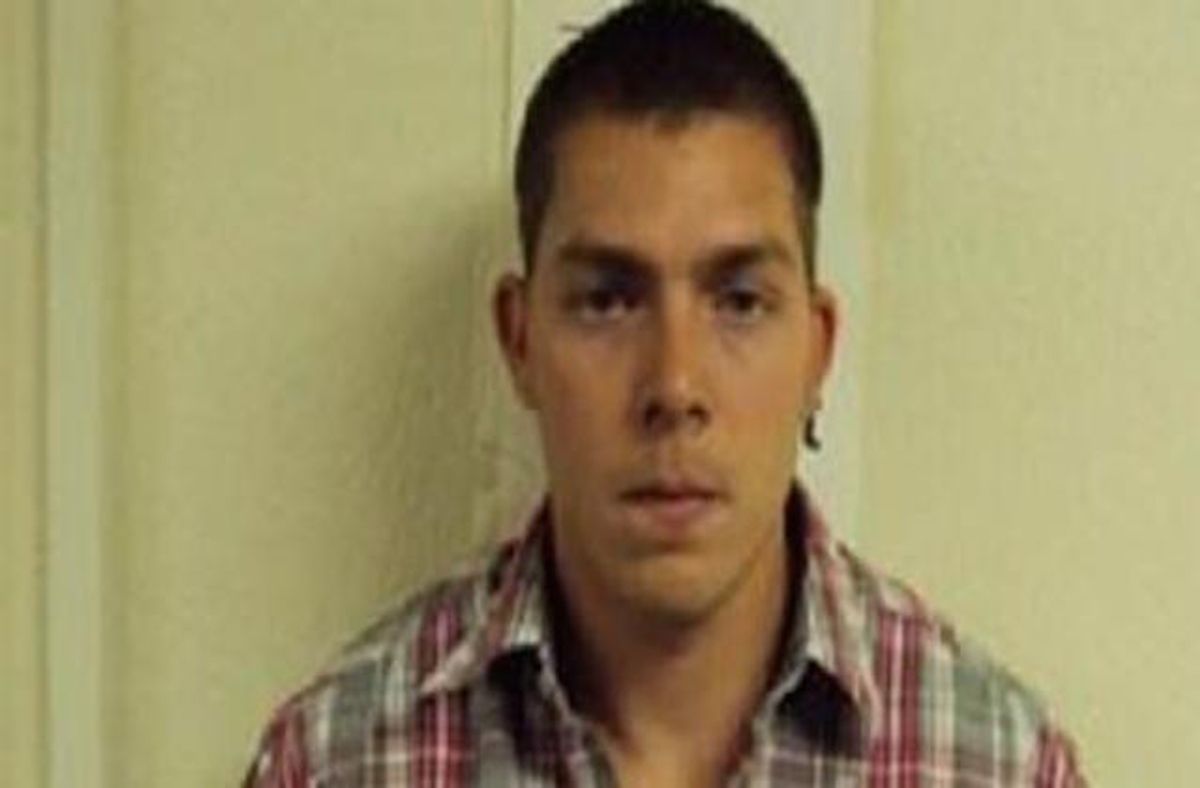 Unfortunately for Republican presidential nominee Donald Trump, two different violent criminals on opposite ends of the country reportedly held superficial links to the troubled candidate's campaign while carrying out their attacks this week.

In Washington, a 32-year-old white man, described by local authorities as a likely white supremacist, attacked an interracial couple he witnessed engaged in a kiss.

Daniel Rowe stabbed a black man in Olympia, the capital of Washington state, outside of a bar at around 8:30pm after seeing the black man kiss a white woman. The 47-year-old black man and his white girlfriend, who is 35, had left the bar when Rowe approached them with a "weird" smile, according to a probable cause statement filed in court. Without warning, Rowe then yelled a racial slur and lunged with his knife, police say. The blade grazed the woman and went into the man’s hip, according to a news release from Olympia police.

“The suspect is unknown to the victims and the attack appears to have been unprovoked,” police said in a statement, calling the attack "purely racial."

Police explained that Rowe’s behavior grew stranger as officers tried to wrestle him into the back of a patrol car.

“He tells them, ‘Yeah, I stabbed them. I’m a white supremacist,'” said Lt. Paul Lower, a police department spokesman. “He begins talking about Donald Trump rallies and attacking people at the Black Lives Matter protest.”

Rowe told police he had come to Olympia, from nearby Richland, in response to anti-police graffiti that had been written over the weekend. He told investigators he knew law enforcement officers "couldn't hurt the black people on the street" and he would "continue the fight against all of the Black Lives Matter people," according to the probable cause statement.

Court documents seen by KOMO say Rowe “took a blood oath to fight on the street, and if he was let go tonight, he planned on heading down to the next Donald Trump rally and stomping out more of the Black Lives Matter group.” According to court documents, officers said Rowe had “extensive” white supremacist tattoos including ones including the words “skinhead,” “white power” and the Confederate flag.

“This has all the hallmarks of a hate crime,” Deputy Prosecutor Joseph Wheeler said at Rowe’s court hearing  Wednesday, according to the Olympian. “This black-and-white couple was simply expressing their love for one another.”

While neither of Rowe's victims suffered life-threatening injuries, there was the curious case of the face-eating Florida man who killed two people while wearing signature Trump campaign paraphernalia this week.

According to a newly released 911 call placed by Austin Harrouff's mother, the 19-year-old who allegedly killed John Stevens II, 59, and his 53-year-old wife, Michelle Mischon, 53, outside their Jupiter, Florida, home before biting pieces of flesh off one of the victim's face Monday evening was wearing a "Make America Great Again" hat.

During the call, Mina Harrouff said her son, a Florida State student and fraternity member, was last seen wearing white shorts, a blue polo and a red "Make America Great Again" hat made famous by Trump.