'See something, say something' culture is dangerous: How it spawns Islamophobia and keeps America insecure 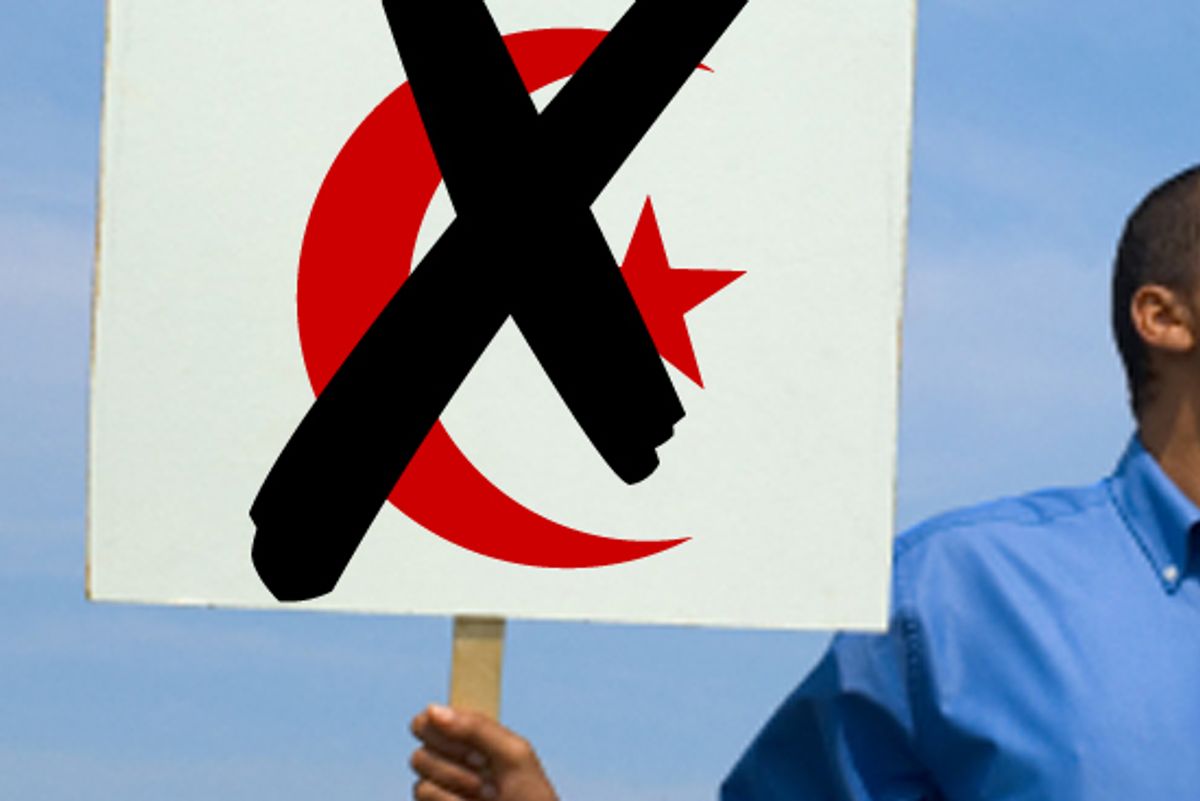 Early on the morning on June 17, 2016, the Massachusetts Bay Transportation Authority (MBTA) announced to its Twitter followers some “minor delays” on the Orange Line. The delays resulted from a “police action” involving heavily armed transit cops at the Wellington station in Medford, Mass. The cops had been responding to reports of suspicious activity. Two men were questioned and then let go. “Some people riding our system noticed two people that appeared to be Middle Eastern,” MBTA general manager Frank DePaola told a local newspaper, “and in their opinion, they were acting suspicious.” The suspicious activity in question was prayer, which some MBTA riders believed to be suspicious. DePaola called the incident a “general misunderstanding.”

Two weeks later, the Avon Police Department in Ohio received a 911 call from the sister of a hotel clerk alerting them to a man "in full head dress with multiple disposable phones pledging his allegiance to ISIS." A second call by the clerk’s father requested that police be sent to the hotel. Minutes later, the suspicious man found himself surrounded by officers with guns drawn. He was handcuffed and searched. After speaking with the clerk, police concluded there had been a “miscommunication” and the man had not in fact made any comments about ISIS. City officials later apologized to the man, hoping the person who made the false accusations “can maybe learn from those.”

The programs ask people to report suspicious behavior in train stations, airports, national monuments, and even Walmart stores. Predictably, they have led to racial and religious profiling, facilitated by the rampant Islamophobia in the country. Muslims are frequently reported for innocuous activities. Two Middle Eastern-looking men praying in Boston and a man speaking Arabic in Avon are enough to warrant suspicion for some. A recent shutdown of JFK airport’s Terminal 8 in New York City when travellers clapping for the Olympics was wrongly reported as an active shooter provided a prime example of how “see something, say something” culture only increases dysfunction and danger for Americans.

Targeting Muslims for simply being present

Summaries of suspicious activity report (SARs) obtained by the American Civil Liberties Union (ACLU) of California from the Central California Intelligence Center and the Joint Regional Intelligence Center in 2013 confirm that these reports frequently identify Muslims and Arabs engaged in quotidian activities. Much of the time Muslims are not even engaged in any activities; they are simply present.

According to one summary, a vigilant citizen reported that “there was a substantial increase in the presence of female Muslims fully dressed in veils/burkas” at a mall. Another reported a “suspicious gathering” of people “of what appear to be Muslim Faith or Middle Eastern descent.” One report identified “a Middle Eastern male adult physician who is very unfriendly.”

Sometimes people filing the reports can be confused by various shades of brown, not quite sure what ethnicity they should report. A report maintained by the Los Angeles Regional Intelligence Center, for example, notes that an informant saw “two young women, possible middle eastern or hispanic, taking pictures and video of the 110 freeway structure.” The same informant also saw “a middle eastern male sitting in a BMW talking on his cell phone near where the two women were taking the pictures.”

In addition to Muslims making an appearance in neighborhoods and malls, many reports target people for the simple act of taking pictures, a constitutionally-protected activity which was cast as suspicious by the FBI itself when it first announced its eGuardian program in 2008. SAR summaries provide some insight into what this looks like in practice: “I was called out to the above address regarding a male who was taking photographs of the [redacted],” reads one report. “The male stated, he is an artist and enjoys photographing building in industrial areas … [and] stated he is a professor at San Diego State private college, and takes the photos for his art class.” This, evidently, was a cause for concern for at least one individual.

As is apparent, these reports are not based on any reasonable suspicion of criminal or potentially criminal activities and depend almost entirely on the biases of ordinary people. The Functional Standard for SARs hardly helps matters. It requires an activity to merely be “reasonably indicative” of criminal activity to qualify as suspicious, a standard that is much lower than the “reasonable suspicion” criteria common in criminal justice procedures. Consequently, as DHS’ Privacy Impact Assessment for ISE-SAR states, “there is a risk that more information about individuals who have no relationship to terrorism may be recorded.” Given the current, pervasive Islamophobia in the United States, it is no surprise that many of the individuals reported for acting suspiciously are innocent Muslims.

Also concerning are the privacy and civil liberties implications of collecting, maintaining, and sharing a vast trove of data regarding individuals not suspected of any crimes. The FBI’s eGuardian program initially retained the data for 30 years until concerns raised by Fusion Centers prompted it to limit its retention to five years. However, as the ACLU notes, “even after Suspicious Activity Reports are deleted from eGuardian, the FBI retains the reports for at least an additional 30 years in another location.”

Gregory T. Nojeim, the Director of Freedom, Security, and Technology at the Center for Democracy and Technology, previously raised concerns about how the retained data might be used. As he testified before the House Committee on Homeland Security in 2009, “there seems to us a high risk that this information will be misinterpreted and used to the detriment of innocent persons.” This is particularly troubling given intelligence agencies continue to “classify legitimate political activity as ‘terrorism’” and “spy on peaceful activists.” Similarly, the ACLU notes that “overbroad reporting authority gives law enforcement officers justification to harass practically anyone they choose, to collect personal information and to pass such information along to the intelligence community.”

There also remain many unanswered questions about the effectiveness of such programs. There are concerns that SARs flood intelligence agencies with useless information that these agencies must then analyze, wasting valuable time and resources. As a Congressional Research Service (CRS) report puts it, the “goal of ‘connecting the dots’ becomes more difficult when there is an increasingly large volume of ‘dots’ to sift through and analyze.” There is an increased risk of “‘pipe clogging’ as huge amounts of information are ... gathered without apparent focus.” Information collected through SARs has in fact increased dramatically. According to a report by the Brennan Center for Justice published in 2013, the number of ISE-SARs increased “almost tenfold” from January 2010 to October 2012, from about 3,000 to nearly 28,000.

Many agencies do not even bother to measure the effectiveness of these programs. As an ACLU report on the FBI’s abuse of authority pointed out, “neither the ISE Program Manager nor the FBI track whether SAR programs deter terrorist activities or assist in the detection, arrests, or conviction of terrorists, and they have not developed performance measures to determine whether these programs have a positive impact on homeland security.”

Years of asking the public to report any suspicious behaviors based on loose criteria has ensured that the See Something, Say Something philosophy has become ingrained in public consciousness. Ahmed Mohamed, the famous “clock kid” who was arrested last year because a teacher believed his homemade clock resembled a bomb, did not simply fall victim to the bigotry of school officials. His arrest and interrogation were enabled by such a culture of suspicion, aided by the current hysteria about terrorism and Muslims. Tepid denunciations of Islamophobia aside, the Obama administration can be credited for this culture, which continues to cast suspicion on innocent Muslims.